Goa will be present in a big way at the ITB (Internationale Tourismus-Börse) in Berlin between 4th to 8th March, the biggest travel tourism event in the world. Goa Tourism Development Corp (GTDC) 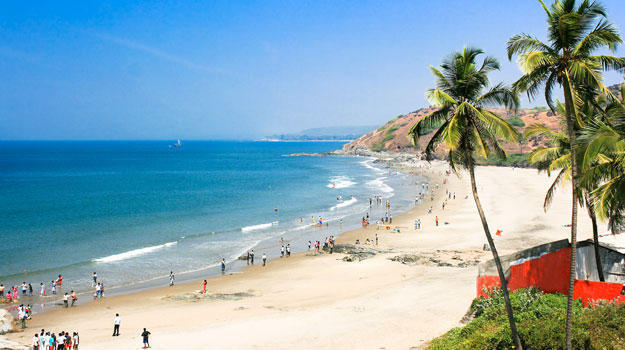 Goa will be present in a big way at the ITB (Internationale Tourismus-Börse) in Berlin between 4th to 8th March, the biggest travel tourism event in the world. Goa Tourism Development Corp (GTDC) general manager Sanjay Chodnekar said that apart from Berlin, the team will also halt in Milan in Italy. He said the trip had been sanctioned by the union finance and tourism ministries. Also Read - Mahar-wada, Dhor-vasti, Mali-galli: Maharashtra Plans to Rename Caste-based Names of Areas

Participating at ITB-Berlin festival will help Goa to market and promote itself as a tourist destination and to increase the flow of high spending tourist to Goa, Chodnekar said. We will be also conducting a Road Show at Milan. It will be a travel meet with the tour operators, media and the embassy persons, he further added. Chodnekar did not spell out the expenditure incurred on the trip, which will also have participation from the tourism industry, apart from tourism officials. Also Read - Shefali Shah: Rapists Deserve Capital Punishment | Exclusive

Tourism Minister Dilip Parulekar will be a part of the Goan delegation. Chief Minister Laxmikant Parsekar, who was also reported to be part of the delegation and he was staying put in Goa. Mean while the tourism department has taken on an activist for terming the trip the latest summer junket to Europe. It has been brought to our notice that several questions are being raised about officials travelling abroad to attend travel trade shows, the tourism department statement said, adding that the Berlin was one of the world’s largest such and would immensely benefit the state.

According to tourism ministry records, Rs.13.24crore has been spent on tourism promotion tours since the Bharatiya Janata Party came to power in Goa in March 2012. Chodnekar asserted that the trip to Germany and Italy would help the tourism industry, especially hotels and tourist operators, to generate substantive business and to enhance the Goan economy.

Goa is one of the top beach tourism destinations in India and attracts nearly three million tourists every year, out of which half a million are foreigners, mostly Russian and Britons.