Best seaside roads in the world for a scenic long drive

From Canada to Croatia, here are the best coastal routes.

The wind kissing your face, a great car, smooth roads and a mesmerizing view is what we imagine when driving down on a beautiful road. The sea on one or either sides makes for a great visual as we drive and so does the breeze that comes along with it. If you love long drives with coastal views, here the best seaside routes in the world for you. ALSO SEE 5 countries where you can drive on an Indian license  Also Read - Two Doctors of Delhi's Safdarjung Hospital Assaulted While Buying Grocery, Case Filed 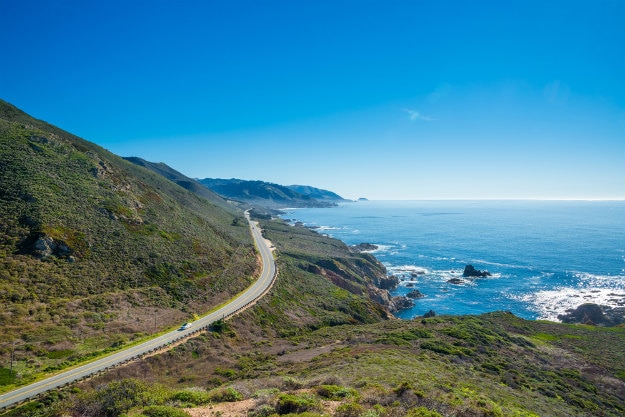 One of the most scenic routes in the US, the Pacific Coast Highway runs along most of the coast in California. It is a part of the State Route 1 and makes for a wonderful drive along the seaside. However, it does not have guard rails so you need to be a skilled driver to really enjoy it. There are also many hairpin bends which means you need to be alert at all times. Since it is so scenic, there is immense traffic on this route in July and August. It is fine at other times however, in the winter, there have been instances of mudslides. So, always check the road advisory before you drive down this road. It is one of the best seaside drives in the US so do make sure you experience it at least once. Also Read - Entertainment News Today April 9, 2020: Zoa Morani Feels Much Better Says She is Responding Well to The Treatment 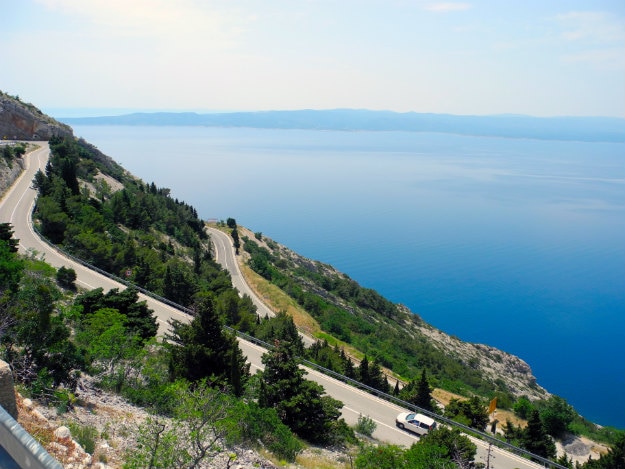 If you are looking for a dramatic seaside route, the Adriatic Highway that runs along the coast of Croatia is worth driving on. It has the azure blue sea on one side and cliffs on the other. You will also find several serpentine turns along the way. It drops down to the coastline at one point and then rises up to the cliffs too. You need to experience it to believe how amazing this route is both in terms of scenic beauty and driving experience. Adriatic Highway is a part of the European route E65 and runs along the eastern coast of Croatia. 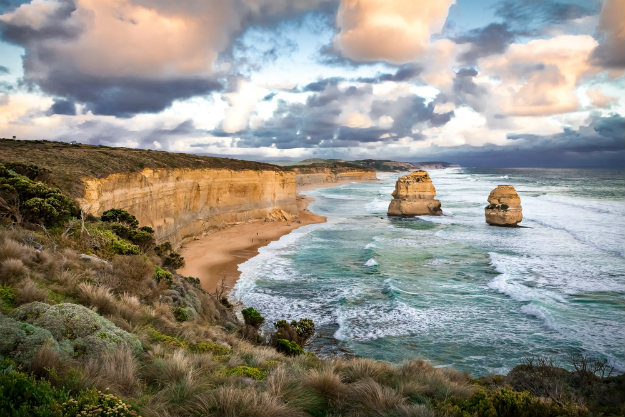 A tourist attraction in Australia, the Great Ocean Road in Victoria is one of the best seaside routes in the world for a reason. It showcases some amazing views not just of the ocean but also the Twelve Apostles which are natural, limestone stacks off the shore of Port Campbell National Park. The Great Ocean Road is on the south-eastern coast of the country and runs for 243 km. It is one of the best coastal drives and a car with an open top or sunroof will make for an amazing drive on this road. 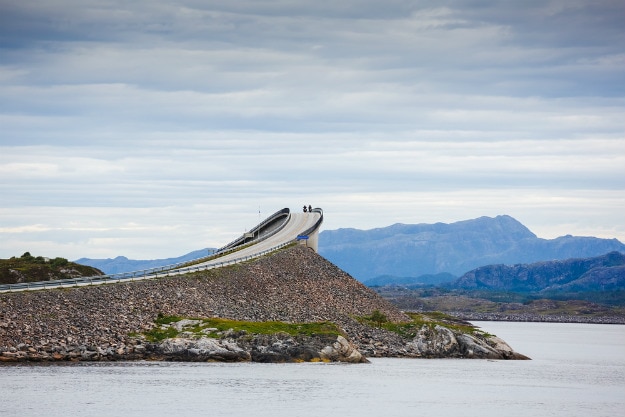 This road in Norway features in several lists including the most dangerous routes, the most adventurous drives, the most scenic routes and also the best coastal drive. Atlantic Ocean Road has become a tourist attraction in Norway thanks to a part of it which is almost like a roller-coaster as you go high up and then come down the other way. You will feel you are at the edge of the sea while driving on this route. It took six years to construct this road and is replete with eight bridges. The road is especially popular among bikers for the added thrill it brings while riding on this road. 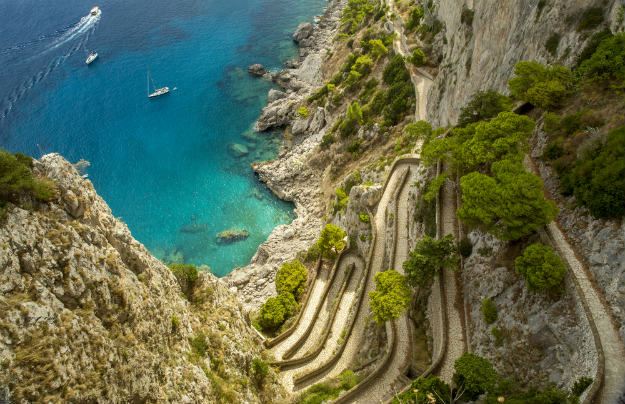 If you are in Italy, you need to experience the Amalfi Coast Road as it will showcase some of the most spectacular sights of the sea that you will see. Driving on the road is another adventure as it has steep turns, zigzag pattern and hairpin bends all along. The blue sea on one side and cliff views as you drive along paint a pretty picture. If you are planning to drive here, it is recommended you go during May, September or October as the traffic is less during this time and the drive will be a pleasant one. 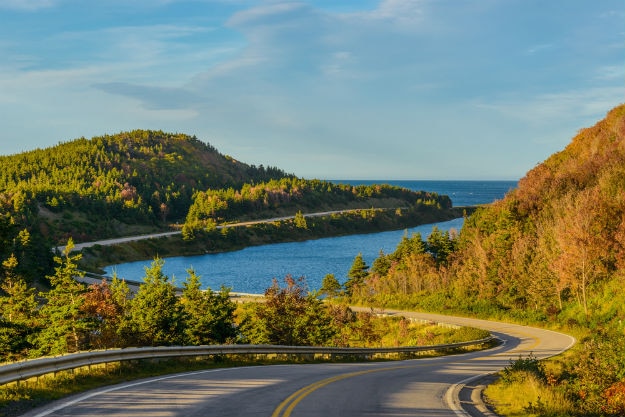 Canada is known for its en number of lakes it is home to and the Cabot Trail is one that takes a loop around the Cape Breton island as you drive on it. It is 298 km and even though the weather conditions in Canada can be harsh, the road is accessible all year round. The scenic road offers natural beauty as well as a peek into the local culture of the island. Cabot Trail also passes through the Cape Breton Highlands. 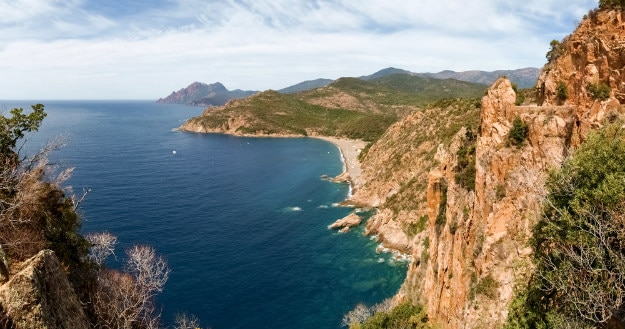 Corsica, a French colony is home to the beautiful Calanches de Piana which is not just views of the sea but also other natural wonders. En route you will witness red granite cliffs and spiky outcrops that have been carved in different shapes and forms due to the wind and the water. The drive will be one memorable one as the views are simply breathtaking. The natural formations even look like sculptures due to natures fury. Calanches de Piana is a 117 km stretch and is on the west coast of Corsica. 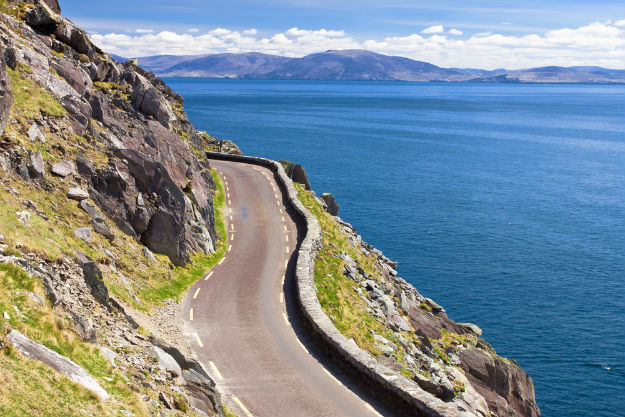 Slea Head Drive is one of the most photographed roads in Ireland thanks to the number of natural attractions it offers en route. The road is only 47 km long however, it is circular in nature, starting and ending at the same spot. You can cover all of it in half a day as you will stop to admire the view of the Atlantic Ocean as your drive along. Slea Head Drive is for the skilled driver as it has narrow roads being carved out of a steep hillside with sharp turns and winding roads. 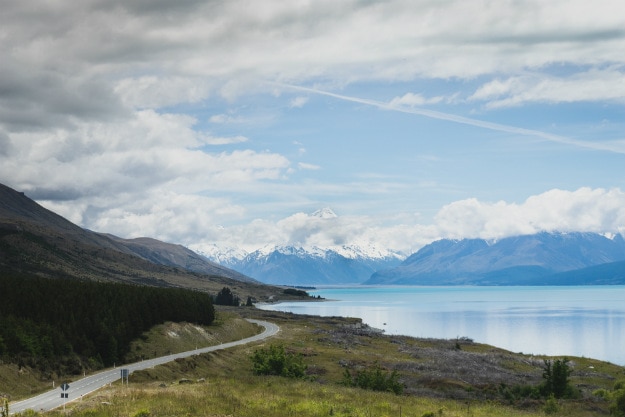 South Island in New Zealand has a number of routes that you can take for a seaside view. It offers some of the best road trips to travelers thanks to its scenic vistas. The roads to take when in New Zealand include Mount Cook Road, Haast Highway, Queen Charlotte Drive and Glenorchy-Queenstown Road. Dont forget your camera as you will get some stunning shots along the way. 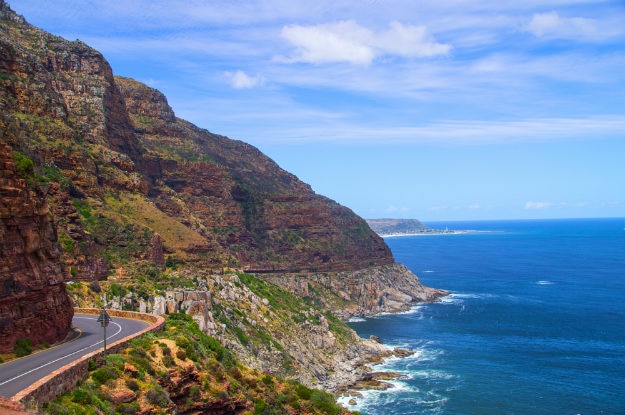 This drive has one of the most scenic views of South Africa and has 114 curves in total making it an exciting ride that will stay with you forever. The road is smooth but twisting giving you 180 degree views of the Atlantic Ocean. You will see the rocky coastline of Chapmans Peak as you drive on this road. The road is on the south-eastern tip of South Africa.