Bewitching traditional attire of the Ladakhis

Paldegon was the first king of Ladakh. During his reign Ladakh was divided into two regions. In the 16th century, a fortress was built in Leh and it became the capital of Ladakh. Over the centurie 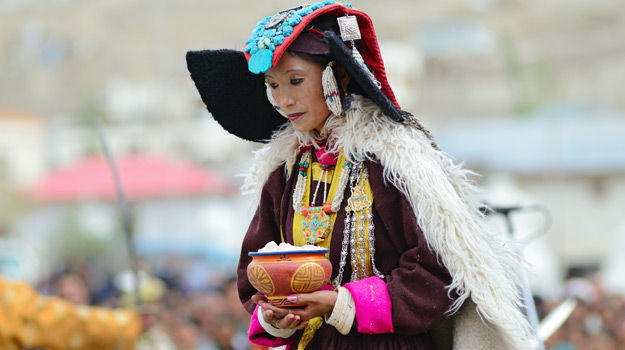 Paldegon was the first king of Ladakh. During his reign Ladakh was divided into two regions. In the 16th century, a fortress was built in Leh and it became the capital of Ladakh. Over the centuries many invaders came to occupy Ladakh and incessant wars were fought. In 1979 when the Ladakhis asked to become a union territory, their plea was rejected for the simple reason that the countrys security would be compromised, considering its geographical location. However in 1995, the government gave them some rights so that their unique culture could be preserved and practiced in the region of Ladakh. Ladakh is known for it being entrenched in Buddhism. It is also reflects its rich Tibetan culture which can be found in their costumes, their art, and their structures such as monasteries, to state a few examples. There is also an influence from the Kashmir region. There are various social hierarchies in Ladakh. A number of tribes exist here and each region of has their own culture which is steeped in tradition, song, dance, and religion. Here are some pictures of their traditional clothing and jewellery. Also Read - 5 Extreme Destinations For The Brave-Hearted Traveller - Would You Dare to Visit?

Perak  This is a traditional Tibetan headdress worn by women on occasions. The Perak is usually studded with semi-precious stones such as turquoise. 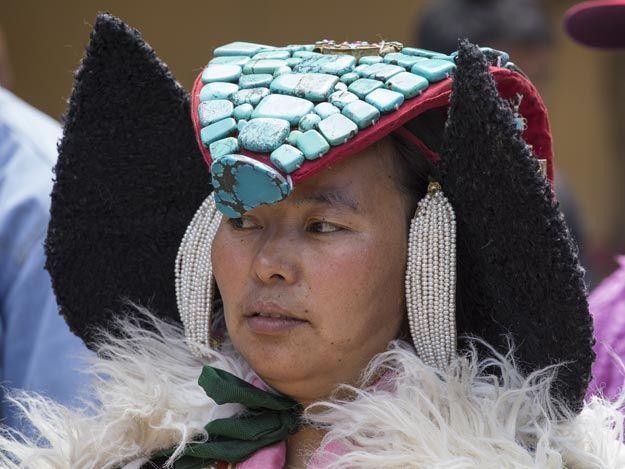 Kuntop  This is the woollen robe that the women wear. In other parts it is known as chuba. It comes in different colours and even tourists can buy a chuba. 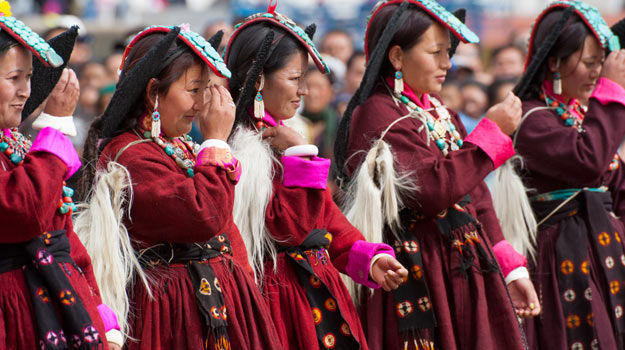 Bok  This is a shawl that comes in various patterns and colours which is worn by women to usually carry their small children. The bok is worn by the women across Ladakh. 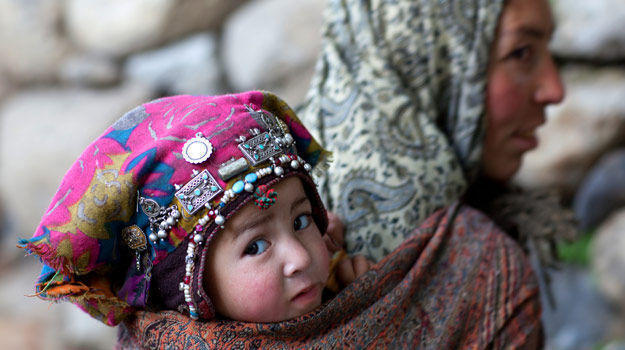 Papu  These are the traditional shoes that come in many colours which are worn by women; mainly the Tibetans. It is made of wool or other materials which will keep their feet warm in the cold weather. 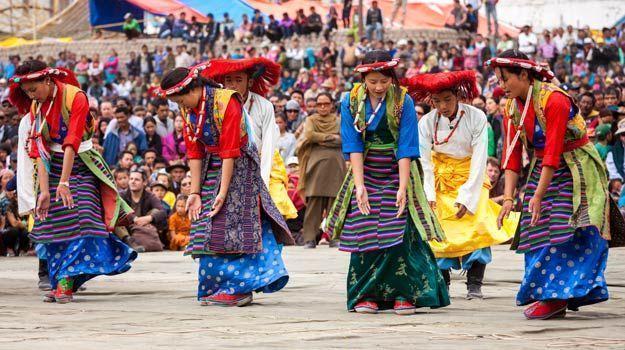 Goncha  A traditional woolen robe worn by men, the colours are usually maroon or brown but can vary in grandeur and other colours as well. 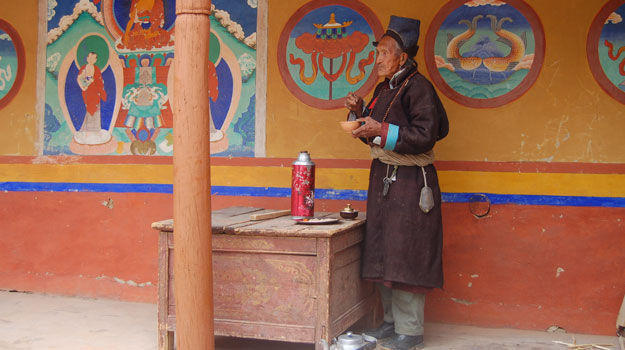 Skerag  This is a waistband that is worn by the men to tie their robes. This too can be a simple sash or an elegant one with many trinkets attached to it. 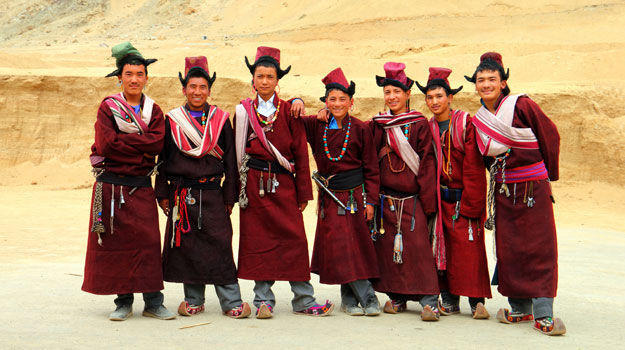