Bill Hamilton, the man who invented jet boats to explore the shallow rivers of New Zealand

Bill Hamilton, a man from New Zealand, invented the water-jet propelled boat in 1954. All he wanted to do was explore the shallow rivers in his native land. In return, he gave the world the famous jet boats. 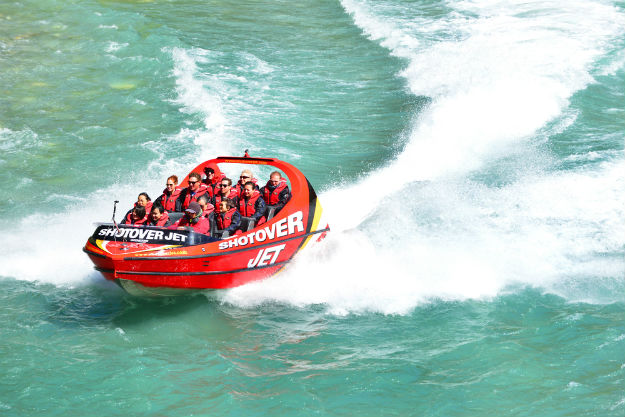 Think water sports and the first country that comes to mind is New Zealand. Its long coastline stretching thousands of kilometers consists of a number of adventurous routes that are ideal for adrenaline junkies who travel great distance to indulge in water sporting activities. It should therefore come as no surprise that this beautiful country was indeed where the jet boat, one of the most common components of water sporting activities, was invented. (ALSO SEE 10 stunning New Zealand photos captured by Hungarian travel photographer will leave you speechless) It all started in the early 1900’s when a young boy named Bill Hamilton wanted to come up with a convenient way of traversing shallow rivers passing through his family farm in New Zealand. Using an old tin washtub, he slowly started exploring the waters and as the years passed by, he used jet propulsion to invent the modern jet boat (as we now know it) in 1954. Bill Hamilton, who was 55 years of age then, made it quite clear that he never actually claimed to have invented marine jet propulsion. He said that the credit went to Archimedes! All Bill really did was “refine the design enough to produce the first useful modern jet boat. He went on to establish what is now the world’s leading water jet manufacturing company – CWF Hamilton Ltd. Here is a video published on Smithsonian.com talking about the invention and Sir Charles William “Bill” Feilden Hamilton’s role in it. Also Read - Chappell-Hadlee Series Called Off With Travel Restrictions Implemented

Have interesting travel photos youd like to share with us? Send photos from your travels to travel@corp.india.com, dont forget to mention where youve shot the picture and get a chance to be featured on our website! So what are you waiting for? Hurry! Also Read - Mitchell Marsh, David Warner Star as Australia Beat New Zealand by 71 Runs in 1st ODI at Empty SCG

Have something to add to this story? Post your comments in the discussion board below; we will be thrilled to hear from you! Also Read - Indian High Commission In New Zealand Hosts Reception For Virat Kohli and Co. | WATCH VIDEO