Bishnoi: 5 Reasons You Need to Visit And Experience This Part of Rajasthan

Far from the imposing stone walls and intricate Mahals of Mehrangarh Fort, the sprawling greenery of Bishnoi is home to an entirely different culture. 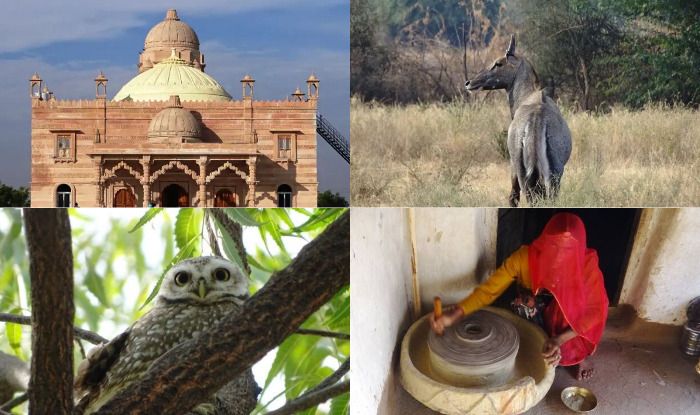 When you think of Jodhpur, you probably imagine the tall and imposing Mehrangarh Fort, the seat of power of the Marwar kingdom for centuries after Rao Jodha moved the capital from the fort of Mandore. The thick walls that still hold the scars of cannon fire, the tall palaces that keep rising up, the intricate carvings on the walls and Mahals and the incredible well-stocked museum within offer a glimpse into the grandness of it. Also Read - Fascinating Story of The Abandoned Havelis of Shekhawati in Rajasthan

Jaswant Thada, the memorial of fallen kings of Marwar that lies right next to the fort, is just as opulent, with its intricately-carved white marble walls. The Umaid Bhavan Palace, current home of the royal family, rises up in the distance, signifying that while the kingdoms have fallen to the sands of time, royalty and its myriad traditions and rituals linger on. But just around 40 minutes away from the city Jodhpur lies a region that stands in stark contrast: Bishnoi. Here are five reasons you need to visit and experience this part of Rajasthan. Also Read - These 10 Photos of Rajasthan Will Have You Gearing up For a Visit

A window into a unique culture and community 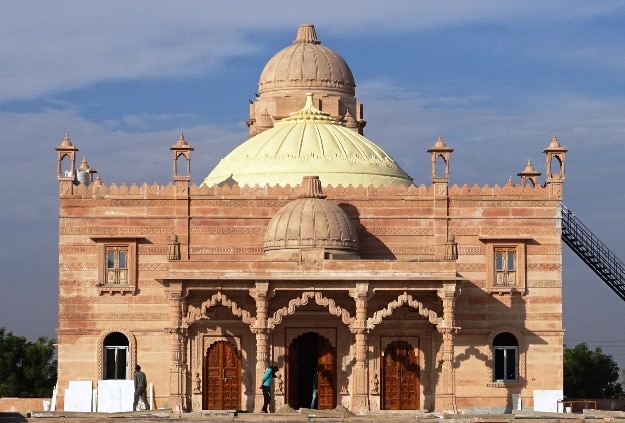 Bishnoi gets its name from the community that has called it home for centuries. This is a community unlike any other you can find in the country. The people follow the 29 principles of Guru Jambeshwar (Bishnoi literally translates to twenty-nine) set in the mid-15th century. Of these, eight principles command the community to preserve the flora and fauna of their home. And they have done that for all the centuries they have lived. Their dedication to protecting their land is represented by a memorial dedicated to the Khejarli massacre when more than 300 Bishnois sacrificed themselves to stop the king’s men from cutting Khejri trees to build a palace.

You get to experience a different kind of wildlife preserve 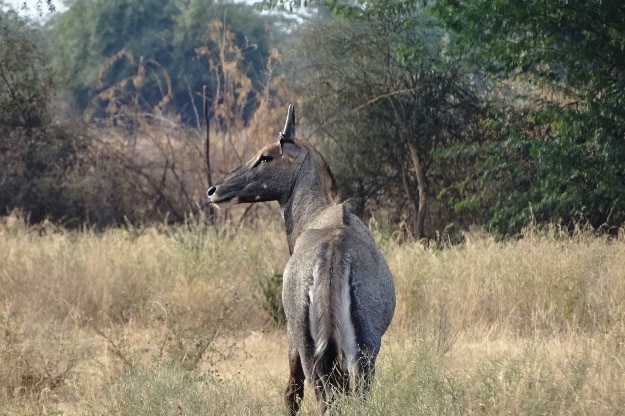 The dedication of the Bishnoi community to protect their land and their wildlife has also led to the creation of a vast protected wildlife reserve. Unlike better-known and more popular reserves, like Ranthambore, Sariska and Keoladheo in Rajasthan alone, the wildlands of Bishnoi do not come under the protection of the government. This is wholly a community-driven preservation project, and it shows. You’ll find animals, both endangered and otherwise, living in harmony with the Bishnois. The bond between humans and nature here is something sorely missed in the world, but you get to experience it first hand here.

A peek into ordinary village life in Bishnoi 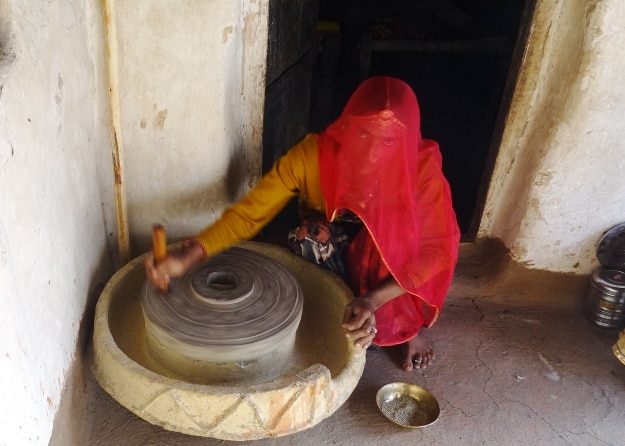 A woman in Bishnoi village operates the stone mill

A tour of Bishnoi shouldn’t be left without visiting one of the village homes of the people. The people are warm and welcoming, offering a hot cup of tea as they show you how they live their day-to-day lives, so different from what most of us are used to. Think earthen ‘refrigerators’ that use the properties of clay to keep its contents cool, rustic hand-operated millstones that grind flour and the opportunity to sit down with a family and discover their unique rituals and remedies.

The chance to spot endangered and endemic species 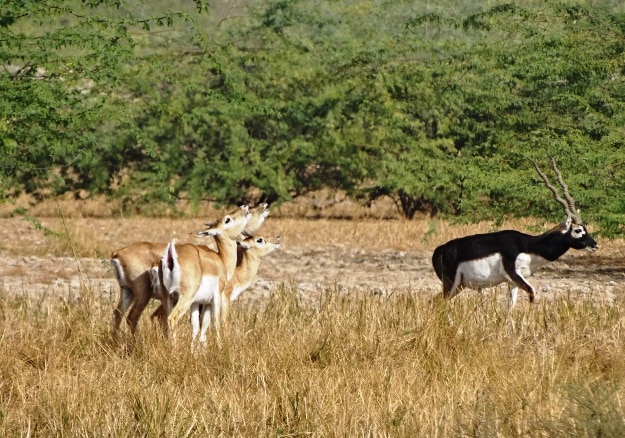 Bishnoi may not be a government-operated wildlife preserve, but centuries of harmony between the Bishnoi community and the animals that call this place home means that you get the chance to spot some rather interesting species. With a keen-eyed driver as your guide, you’ll get to see animals like the rare and beautiful blackbuck and the massive Nilgai as you make your way through Bishnoi. Large families can be seen grazing and resting on the slightly forested and grassy plains that lie right by the roads. 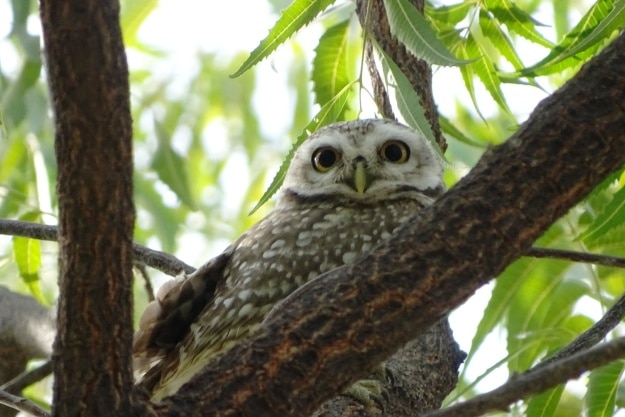 A Spotted Owlet in Guda Bishnoiyan

One of the biggest draws of Bishnoi, apart from its fascinating community and the Khejarli village monument and temple, is the water reservoir of Guda Bishnoiyan. The Guda Bishnoi Lake is a big watering hole for migratory birds that fly during the winter from the north. It is one of the handful of spots where these birds rest before scattering about to different areas further south, so you’ll find an incredibly diverse range of birds here. Siberian cranes, Demoiselle cranes and Sarus cranes can be seen, along with more common bird species in the area, like the coot.