Mumbai is the venue for a massive BJP Foundation Day Rally and Celebration today. As a result, traffic in the city will be affected. 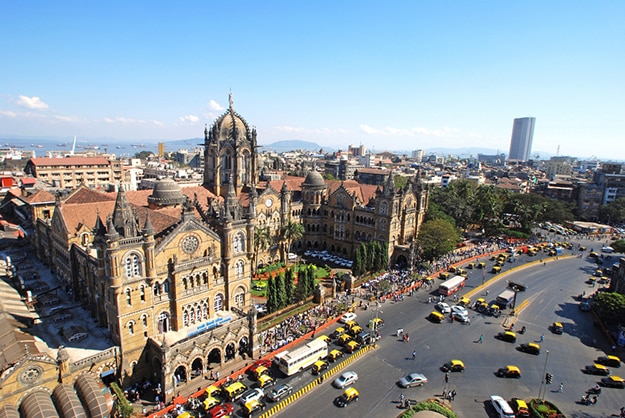 Mumbai is an exciting travel destination for most people who visit India. Home to Indias biggest film industry, Bollywood, and also the financial capital of the country, Mumbai is one of the most famous cities in the world. Its skyline overlooking the Arabian Sea is alluring to say the least. Its colonial buildings take you back to the British era while its infectious pace of life brings you back to the reality of todays busy times. There are several reasons to visit Mumbai. However, today is not the best day to be travelling around in the city. Today is BJP Foundation Day. Prime Minister Narendra Modis party has planned huge celebrations on this day at the MMRDA Grounds in Mumbais posh Bandra Kurla Complex. (ALSO SEE Mumbai to Pune in 20 Minutes: Maharashtra Signs Agreement with Sir Richard Bransons Virgin Hyperloop One) Party President Amit Shah will be addressing over 300,000 BJP members at the venue. As a result, traffic in the region is expected to be affected. Also Read - 'Touching Gesture'! Narayana Murthy Touches The Feet of Ratan Tata And Twitter Can't Stop Hailing The 'Historic Moment'

Amit Shah arrived in Mumbai last evening and the city already faced the brutal brunt of slow traffic. This is because the party President was welcomed by a bike rally which caused major issues on the already busy Western Express Highway, one of the most prominent roads in Mumbais western suburbs. And today, it is going to be much bigger. The BJP has booked 28 trains and 50,000 private buses to arrange for people to reach the rally today. It is clear that the party is putting its best foot forward to celebrate this significant political day. These celebrations are expected to affect traffic in the city that never sleeps. The Mumbai Police has already issued advisories for today as follows: Also Read - PMC Scam: With Rs 90 Lakh Stuck in Beleaguered Bank, ex-Jet Airways Staffer Dies of Cardiac Arrest After Attending Protest

Students appearing for exams and commuters going towards airports/railway stations may plan in advance and travel as per advisory.”

So, try not to take the above-mentioned roads as much as possible. If you do, be prepared to spend hours on the road, which in this April heat, will not be a pleasant experience.