The viral song Bolna Aunty Aau Kya has garnered some attention and after a successful shouting meet-up in Delhi, its fans have now planned a similar event in Mumbai's Marine Drive. This may be the murder of all our happy Marine Drive memories. 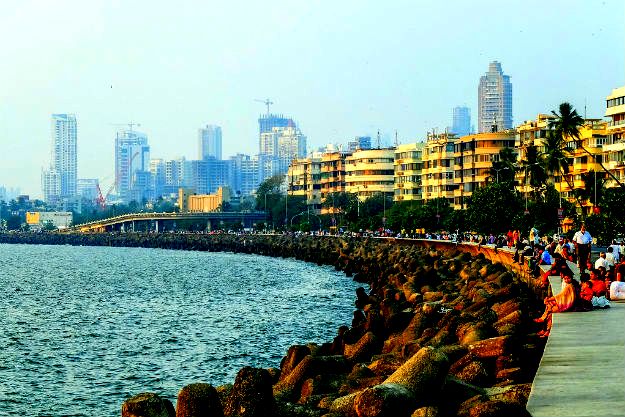 Come Sunday, September 17, and thousands of people are going to gather up at Marine Drive in Mumbai. Given Mumbais reputation as a melting pot of cultures and a lively, vibrant city, this should come as no surprise. You might think that the meet-up would be for something creative, artistic, fun or cultural. However, the purpose of this gathering is nothing even close. It is to shout out Bolna Aunty Aau Kya on top of their voices. You may wonder whats the point of thousands of people doing this and what exactly is Bolna aunty aau kya? Well, it is a community meet-up for fans of the popular song Aunty ki gunty sung by an upcoming viral artist Omprakash. The song published on YouTube in 2015 has close to 3 million views as of now. It has recently gone viral on social media which is alarming since its lyrics, that begin with the words Bolna aunty aau kya imply outright vulgarity. And while the popularity of the song is shocking in itself, the fact that an event planned to celebrate it is gaining so much popularity is all the more concerning. Also Read - 'Touching Gesture'! Narayana Murthy Touches The Feet of Ratan Tata And Twitter Can't Stop Hailing The 'Historic Moment'

This kind of response for such an event is heartbreaking to say the least. Now, the Mumbai event FB page shows close to 15k people Interested in going to the event and around 4k Going for it. Marine Drive in Mumbai has been the citys most prominent landmark for ages. It is where people have made the finest of memories. Mumbais skyline on one side and breathtaking views of the horizon on the other make Marine Drive a magical place for pleasant evenings and hopeful mornings. Be it romantic couples spending time together as they gaze at mesmerizing sunsets or kids taking walks with their parents as they feel the lovely breeze, Marine Drive has never disappointed its visitors. However, this Sunday, the atrocious event of people shouting out the lyrics of a ridiculous song whose popularity should make us all feel ashamed may just end up ruining our memories of Marine Drive as we know it. Lets hope this is a one-time thing and people see sooner rather than later why this song and the events associated with it are a big problem. Also Read - PMC Scam: With Rs 90 Lakh Stuck in Beleaguered Bank, ex-Jet Airways Staffer Dies of Cardiac Arrest After Attending Protest