Ben Saunders' mission is to be the first person to walk alone across the frigid continent, and is doing it in memory of his friend who attempted the trek a year ago. 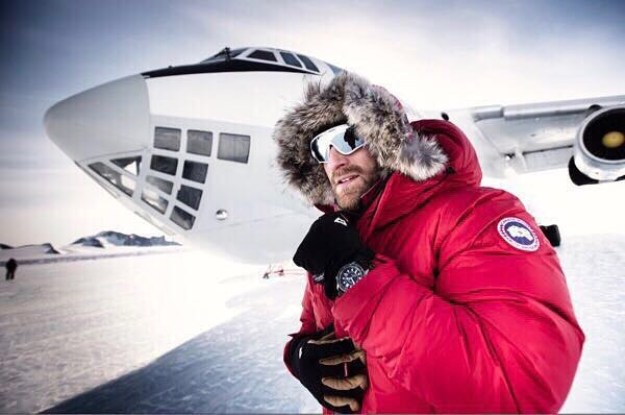 In 2016, British explorer Henry Worsley passed away after falling ill just 30 miles before completing a 1,000-mile trek across Antarctica. He would have been the first person to ever do so, alone and without support. Now, a year later, his friend and fellow Briton Ben Saunders is on the same mission in memory of Worsley. Saunders began his two-month long trek yesterday, landing at Union Glacier from the small Chilean town of Punta Arenas in a massive Russian Ilyushin IL-76 on November 3, 2017. ALSO READ: Top 10 easy Himalayan treks for beginners Also Read - Chile Air Force Aircraft to Antarctica Goes Missing With 38 on Board, Feared Crashed

The trek will take him from Berkner Island to the South Pole and then to the Ross Ice Shelf through the Leverett Glacier. It will see him endure temperatures as low as -60 degrees Celsius and weather that will render everything from the ground below his feet to the horizon in a white haze. To sustain his journey, Saunders is carrying around 300 lbs of supplies. In honor of Worsley, Saunders will be wearing the same clothes as his friend for the trip, including his trousers, park, shell and vest. Also Read - Possible second impact crater under Greenland ice found: NASA

But the 40-year-old polar athlete has extensive experience in dealing with such sub-zero temperature journeys. He, in fact, holds the record for the longest ever Artic solo journey completed by a Briton. He is also the third person to ever ski solo all the way to the North Pole. Hailing from Reading, Berkshire, the athlete has trekked close to 4,000 miles of frozen terrain in the past 16 years. Apart from a record-breaking polar explorer, he is also a keynote public speaker, a published author, fellow of the Royal Geographical Society, and a brand ambassador for Canada Goose and Land Rover. This trek will be his biggest challenge to date. NOW READ: 23 Diabetics climbed Maharashtras Highest Peak, Kalsubai

Worsley’s trek and Saunder’s will be supporting the Endeavour Fund, a charity under the Royal Foundation of The Duke and Duchess of Cambridge and Prince Harry. The charity supports injured, sick and wounded veterans by providing sport and adventure opportunities. Saunder is also doing this trek in partnership with Canada Goose. You can track his trek live here and catch his blog for updates in his journey.