Here's how Buddha Purnima 2017 will be celebrated in India's West Bengal state. 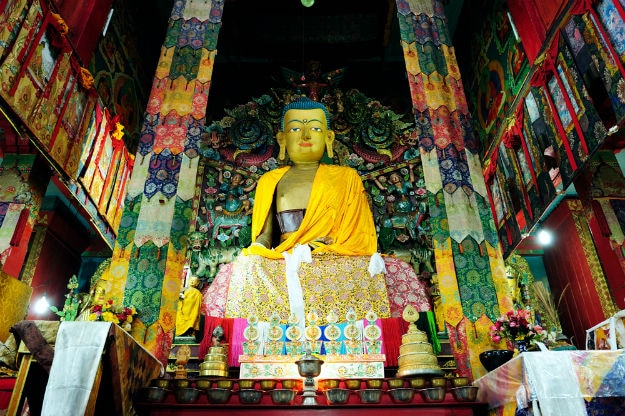 West Bengal’s Darjeeling and Kalimpong districts are known for their large percentage of Buddhist population. Both these districts are home to several monasteries and Buddhist centers. As such, Buddha Purnima is a big day for the state citing which, Chief Minister Mamata Banerjee declared it as a public holiday earlier this year. Typically, Buddha Purnima is celebrated by Buddhists attending prayer and meditation sessions at monasteries. People clean Buddha statues and decorate it with flowers to symbolize a fresh and new start. Many abstain from eating non-vegetarian food and drinking alcohol on the day of Buddha Purnima. Ancient verses are recited at several Buddhist centers. It is also a day for charity as several followers of Buddhism donate food, clothes and money to the  poor on this auspicious day. Many devotees wear white robes and also set free caged animals to demonstrate care for other beings, something that Gautama Buddha always preached. NOW SEE Buddha Purnima 2017: 12 famous Buddhist caves in Maharashtra Also Read - Buddha Purnima 2017: Buddha images from monasteries and temples across India

Have interesting travel photos youd like to share with us? Send photos from your travels to travel@corp.india.com, dont forget to mention where youve shot the picture and get a chance to be featured on our website! So what are you waiting for? Hurry! Also Read - Buddha Purnima 2017: PM Modi, President Mukherjee greet people on the auspicious day