Here's how the new Union Budget will benefit frequent travelers in India. 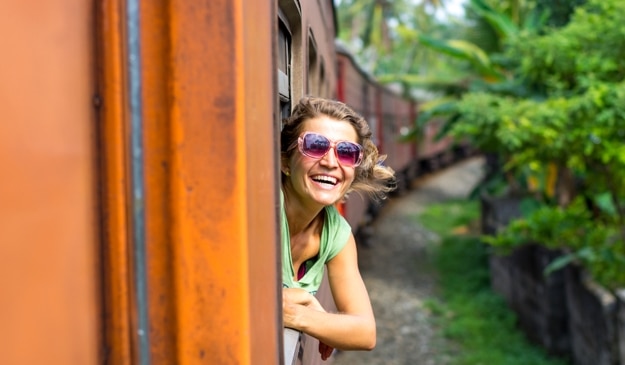 All eyes were on Finance Minister Arun Jaitley as he presented the Budget for the financial year 2017-18 today. For the first time in 92 years and in independent India, the Rail Budget was merged with the General Budget and the FM did not forget to talk about this historic move. We surely missed hearing Railway Minister Suresh Prabhu talk about his plans for the coming year but Jaitley made up for it by making some important announcements that will invariably have an impact on Indian travelers. We already told you about the highlights of the railway part of the budget (READ Railway Budget 2017 news) and now we give you more details that are specifically for travelers. Also Read - 'Extend Lockdown Period Till April 30 to Contain COVID-19,' CAIT Writes to Centre

1. No service charge on e-ticket bookings via IRCTC

The government decided to scrap the service charge on booking online tickets via IRCTC this financial year onwards. Earlier, the charges were Rs 20 for sleeper class tickets and Rs 40 for AC class tickets. The move is also to encourage more cashless bookings online in a bid to become more digital. This will surely be a relief to frequent train travelers who can now book tickets via their IRCTC account online. Also Read - Dream11 Team Prediction Managua vs Deportivo Ocotal Nicaragua League 2020: Captain, Vice-Captain And Football Tips For MNG vs OCO Today's Match at Estadio Nacional de Futbol 4AM IST

2. New tourism and pilgrimage trains to come up

Arun Jaitley announced that there will be focus on starting new trains that will focus on tourism and pilgrimage in the country. Even though he did not share much details of the same, the plan has already been into action. Named Aastha Tourist Circuit Train, a new religious tourism train is all set to begin on February 17 and take passengers on pilgrimage sites of West Bengal and Odisha. We can expect more such trains in the future. ALSO SEE Train for religious tourism to be launched by Indian Railways

Among the many announcements for the infrastructure sector, one of the key ones was plans to have better road connectivity to remote areas of the country and ports as well. This is certainly good news for lovers of road trips or those who love long drives or even those who love exploring hidden, offbeat places. Better connectivity will help drivers to take the road less traveled and explore remote areas of the country without much difficulty.

4. Airports at many tier-two cities to be improved

Airports in many parts of the country are not in a very good state but the government has plans to better their condition and maintenance this financial year. The list isn’t out yet but selected airports in tier-two cities will undergo maintenance to improve their facilities, look and feel. So if you plan to fly to smaller cities, you will be in for a pleasant welcome right at the airport.

5. Rashtriya Rail Sanraksha Kosh to be created for safety of train passengers

Last year, Indian Railways was under fire for a lot derailments that took place that left hundreds dead and several others injured. In order to ensure passenger safety, the government has announced the creation of a safety fund called Rashtriya Rail Sanraksha Kosh with a corpus of Rs 1 lakh crore rupees over five years.

6. 2,000 km of coastal connectivity roads to be constructed

The government has identified and is planning to construct 2,000 km of coastal connectivity roads in the country. A coastal road is always a scenic one and India has a vast coastline of 7517 km and the road along this will make for a beautiful drive. We hope this plan is  implemented soon so that road trippers can benefit from it. ALSO SEE Important road and transportation announcements by Arun Jaitley

In a bid to make Indian Railways more viable to the people, the government has plans to make at least 500 stations disabled-friendly with the arrangement of lifts and escalators. The move will encourage the differently-abled people to travel across the country in a more comfortable manner. The list of railway stations that will get these facilities isn’t out yet.

8. Passengers to get better, cleaner trains

Passengers can expect to travel in cleaner trains with the SMS facility of Clean My Coach service which has already started. By 2019, all coaches will have bio-toilets as well. Train travel will also improve with the Coach Mitra facility, a single window interface for all coach-related complaints.