By 2020, NASA aims at building a supersonic passenger jet!

NASA announces it's plans to work on the $20 mn project! 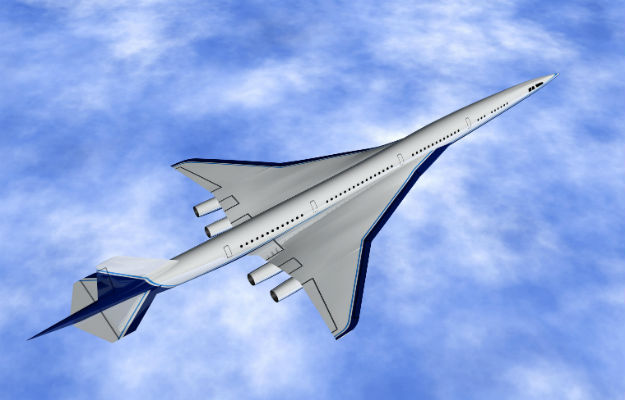 US space agency NASA announced that it is planning to build a supersonic passenger jet which will be as quiet and efficient as possible, the media reported on Tuesday. Also Read - Real Kashmir Announce Partnership With Oxford United Football Club, Sign Arsenal Youth Defender Kashif Siddiqui

NASA Administrator Charles Bolden on Monday said that it has awarded a first contract, worth $20 million, to the US company Lockheed Martin to develop a preliminary design of an aircraft which surpasses the speed of sound, EFE news reported. Also Read - After Lockdown is Over, Automated Sector to Resume Operations First | 5-Point Strategy

Despite using a jet engine, which traditionally causes loud noise, the sound levels produced by the new aircraft would be minimal. Also Read - Is There Really a Link Between Obesity And Depression?

The new design would also meet the requirements for reduction of pollution as it would optimize fuel consumption.

The design and the construction of the new supersonic aircraft will take several years and NASA estimates that first flight tests would start around 2020.

Commercial supersonic flights were cancelled when British Airways and Air France ceased their Concorde operations in 2003. The Concorde aircraft was capable of travelling at a maximum speed of 2.180 kph, more than twice the speed of sound.

The safety and profitability of the aircraft, known as the “White Bird”, became questionable following the crash of a Concorde in Paris in 2000, which killed all 113 people on board.