Originally constructed as a Hindu temple for the Khmer empire, the Angkor Wat was transformed into a Buddhist shrine towards the end of the 12th century. 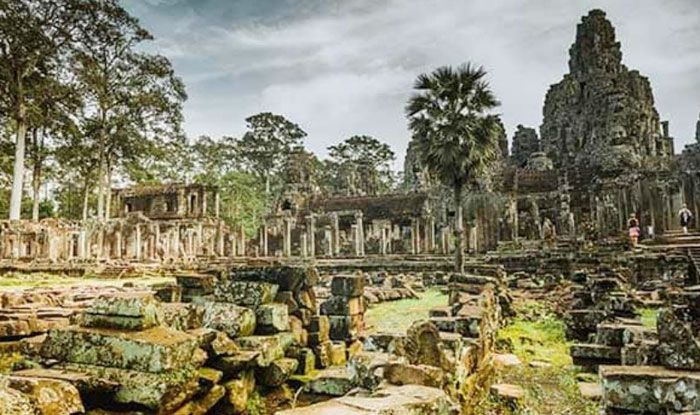 The Angkor Wat temple complex was in the news for making a whopping sum of $53.5 million in just 11 months. What’s so special about this temple you might ask. For starters, it holds the title of “World’s largest religious monument”. If that’s not enough, recent archaeological studies have revealed some startling discoveries about monuments within the complex concluding that the monument is far larger than expected. Also Read - Startling new discoveries in the famous Angkor Wat temple complex!

Originally constructed as a Hindu temple for the Khmer empire, the Angkor Wat was then transformed into a Buddhist shrine towards the end of the 12th century. The Angkor Wat follows some very strict policies regarding clothing and photography and does not allow selfies and revealing clothes. The complex remains a magnificent epitome of the Khmer temple architecture. It also appears on the Cambodian national flag. If you are not all praises for the temple already, then take a look at these stunning pictures. Also Read - Whoa! No selfies, no revealing clothes at Cambodia's Angkor Wat

1. The Bayon temple in the afternoon sun 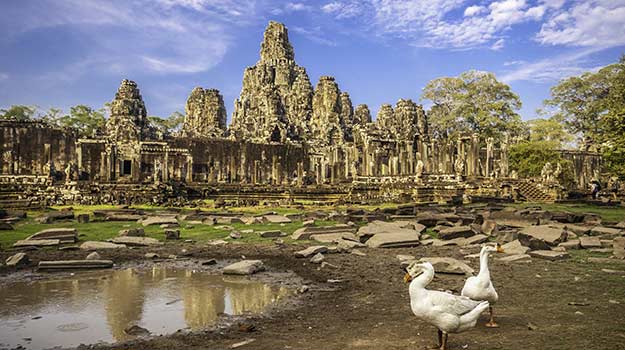 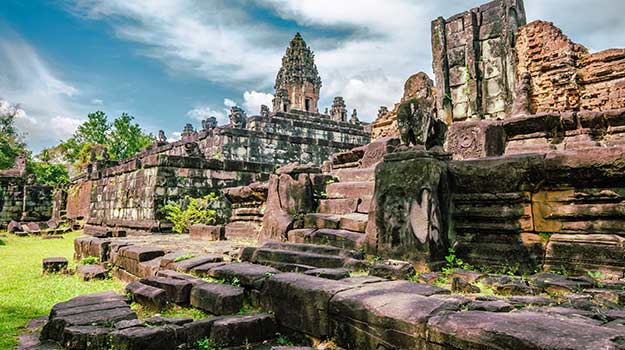 3. The temple against the beautiful blue sky 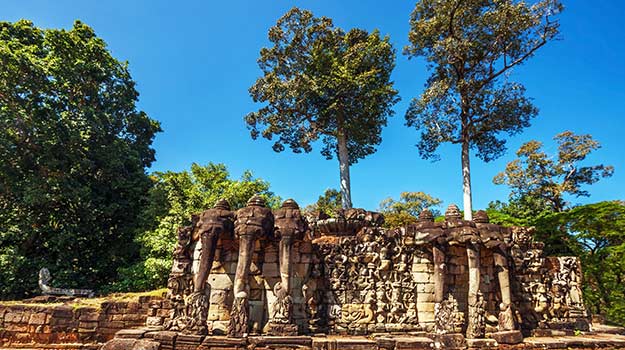 4. A hazy bird’s eye view of the Angkor Wat complex 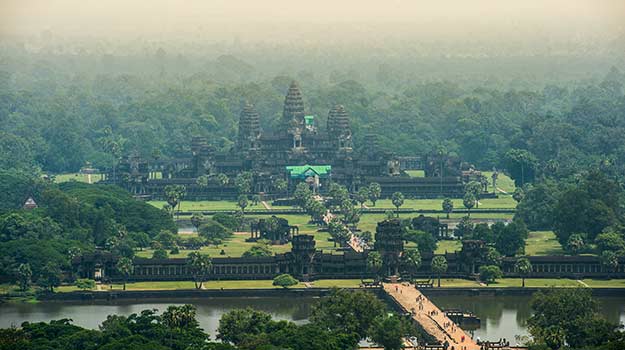 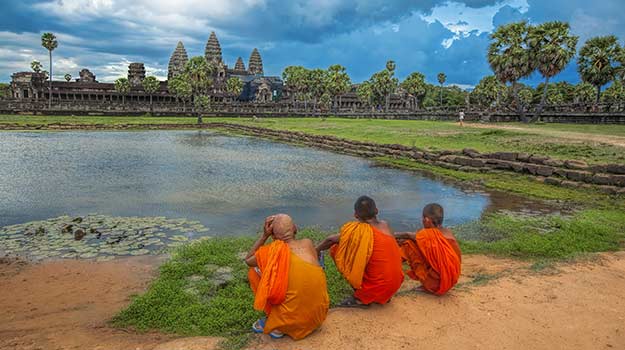 6.  A silhouette of Angkor Wat during sunrise 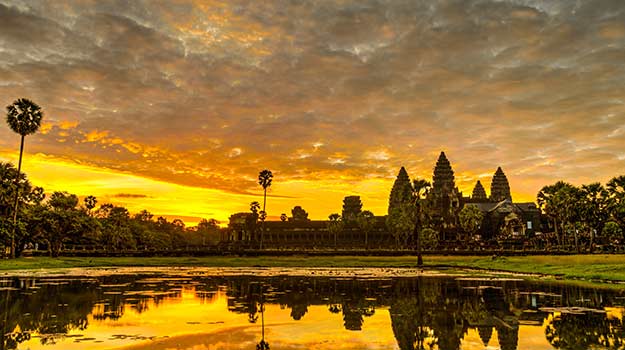 7. View from across the lake 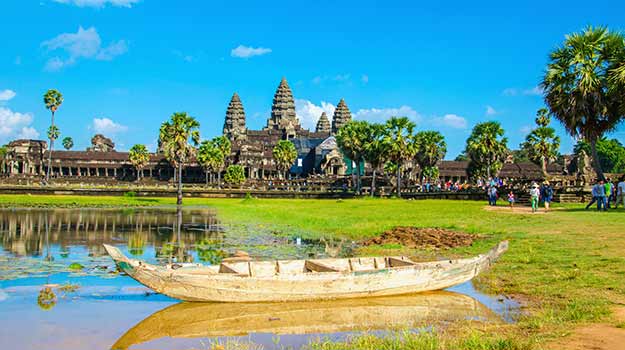 8. A close-up of the wall on the terrace of the Leper King 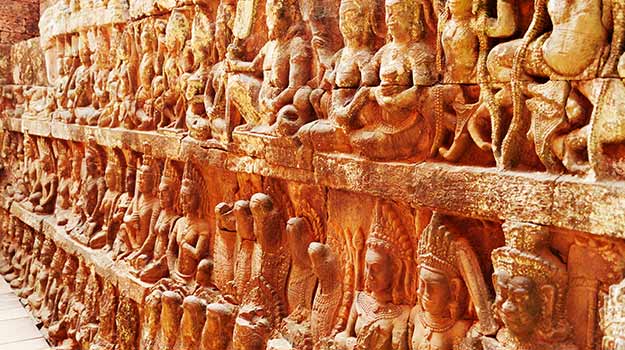 9. A tourist on a motorcycle in front of the Angkor Wat gate 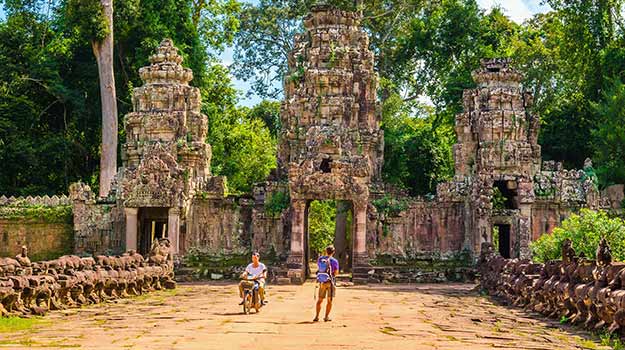 10. Another view of Angkor Wat at sunrise – the best time to visit the temple 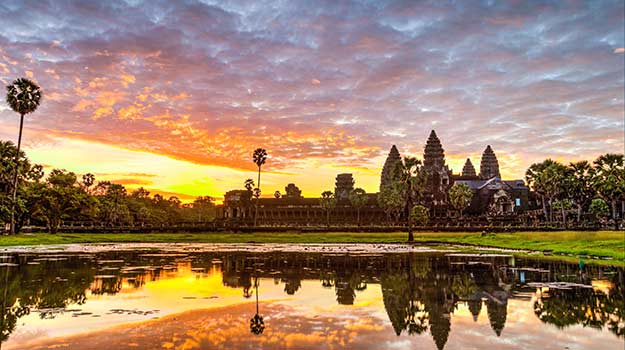 11. The rock structures and trees at Bayon temple – a UNESCO World Heritage Site since 1992 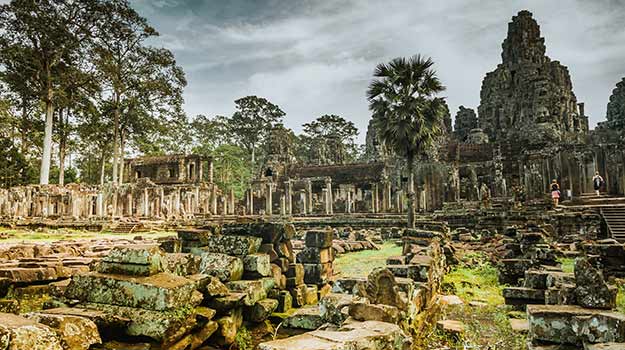 12. Ducks in a pond overlooking the Angkor Wat 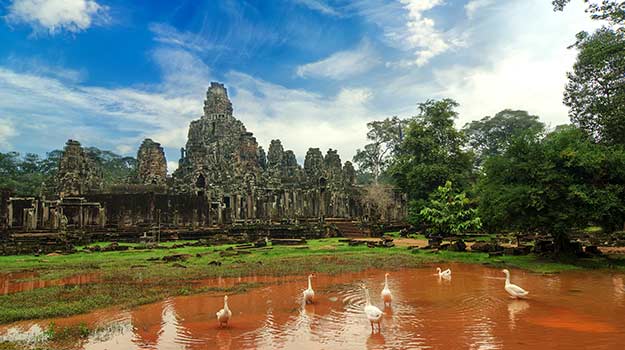