Dhirio, the cruel sport of bullfighting, was banned way back in 1996. But even to this day, bullfighting is practiced illegally in Goa. 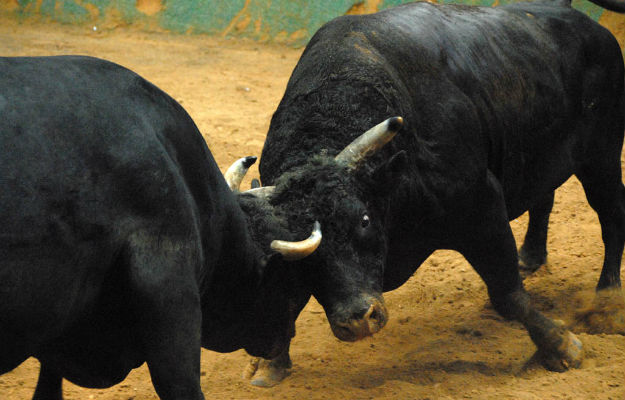 In what is being seen as a victory for animal rights group in Goa, the state government has issued a notification that disfavors Dhirio. The local name for bullfighting, Dhirio involves two specially reared bulls going at each other, oftentimes for as long as an hour, with one emerging victorious and the other lying in a pool of blood or just simply being tired after the long fight. The government notification that discourages these fights comes at a time when a legislative panel is trying to get the blood sport legitimized. Even so, the notification issued by the state government’s information and publicity department has brought cheer to animal activist groups, especially People for Ethical Treatment of Animals (or PETA) whose India chief executive officer Poorva Joshipura pointed out that the act of provoking animals to kill or injure each other must be ‘condemned by everyone in a civilized society.’ Dhirio is a traditional post-harvest sport in Goa that has been particularly popular in the state. The sight at the end of the fight and indeed during it isn’t very pleasant with the bulls bleeding after being injured by each other’s horns even as they head-butt amidst cheering crowds. Also Read - Marathi Language Day 2020: Govt to Table Bill For Making Marathi Compulsory in Schools Today

Interestingly, the Goa bench of the Bombay High Court has banned Dhirio in 1996 for violating the Prevention of Cruelty to Animals (PCA) Act, 1960 but the ban hasn’t stopped locals from organizing illegal bullfights. These fights are particularly popular in the villages along the coast. The events are organized secretly and news of the venue and time is relayed at a short notice to select groups of people. Despite the cloak-and-dagger nature, the fights attract hundreds and the government notification hopes to discourage such gatherings. Also Read - Sara Ali Khan Rides Modified Tuk-Tuk as Brother Ibrahim Ali Khan Sits Back During Goa Vacay, Pictures go Viral

Among those who have been campaigning against the legalization of bullfights in Goa is the Humane Society of International (HSI) India and its response manager, Shreya Paropkari was among those cheering the notification. “We are grateful for the progressive decision taken by the government of Goa. It reflects the constitutional value of compassion. With this, we hope that the house committee is dissolved and the law enforcement agencies duly implement the law,” she was quoted as telling the news agency, IANS.

Meanwhile a legislative committee that has been formed under the BJP-led state government in Goa is attempting to reexamine the provisions of the PCA law under which the sport has been deemed illegal and see if Dhirio can be made legal again.

While it may be easier said than done, by attempting to clamp down on bullfighting events in Goa, the government is clearly sending out signals of being one that would like to be perceived as being ‘civilized’ even as it attempts to attract more international tourists in the coming months.

ALSO READ After Carnival, Goa looks to cash in on Shigmo fever

How successful will the government be in its attempts to shut down the many underground bullfighting events in the state remains to be seen.

Have something to add to the story? Post your comments in the discussion board below. We will be thrilled to hear from you!