Here are the opening and closing dates for Badrinath temple that forms part of Char Dham Yatra 2017. 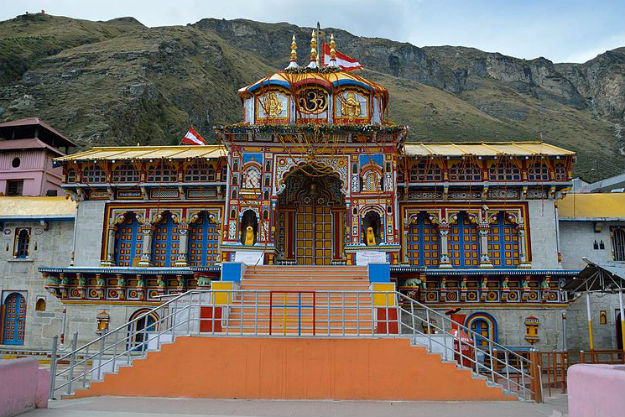 Badrinath temple in Uttarakhand is an important pilgrim site for Hindus all around the world. Located against the backdrop of the Neelkanth peak, Badrinath falls in the Chamoli district of the Himalayas. It is part of the chota Char Dham yatra which is an important pilgrimage for Hindus. Char Dham Yatra 2017 is expected to draw huge crowds like every previous year. It is believed that devotees who take this pilgrimage are absolved of their sins. The pilgrimage consists of a visit to the four famous Hindu shrines of Uttarakhand – Gangotri, Yamunotri, Kedarnath and Badrinath. Badrinath is located at an altitude of 3,133 meters and remains covered in snow during thw winter season. It opens for devotees during the Char Dham yatra which takes place during summer. Devotees have been waiting eagerly for the Gangotri, Yamunotri, Kedarnath and Badrinath temple opening and closing dates for 2017. ALSO SEE Kedarnath Yatra 2017: Kedarnath temple opening and closing date for Char Dham Yatra 2017 Also Read - Uttarakhand News: When are Badrinath, Kedarnath Opening Doors For Devotees? Know Here

The four pilgrim centers open after a 6-month winter break during the months of April/May. Every year, thousands of devotees wait with bated breath to welcome the deities amidst blowing of conch shells and playing of drums. The opening dates depend on the day of Akshaya Tritiya which usually falls in the month of April. This year, Askhaya Tritiya was on April 28 which is when the Yamunotri and Gangotri temples were opened, thus commencing the Char Dham Yatra 2017. The palanquin carrying the idol of Goddess Ganga departed  from Mukhba, where it was kept for the winter season, and reached the Gangotri temple at 9 am on April 28, 2017. The Gangotri shrine will now remain open till 21st October and Yamonotri will remain open till 19th October. Kedarnath temple will open on May 3, 2017 at 8.50 am and will remain open till October 21, 2017 which is the day of Bhai Dooj. Prime Minister Narendra Modi is expected to offer prayers at Kedarnath on May 3, 2017. Badrinath temple will open on May 6, 2017. It will remain functional till 30th September, 2017 – the day of Vijaya Dashami – before closing again for the winter season. President Pranab Mukherji is expected to pay a visit to Badrinath on May 6, 2017. NOW SEE A photo walk through Char Dham  the sacred Hindu pilgrim sites in India! Also Read - After Kedarnath, PM Narendra Modi to Offer Prayers at Uttarakhand's Badrinath Shrine

Have interesting travel photos youd like to share with us? Send photos from your travels to travel@corp.india.com, dont forget to mention where youve shot the picture and get a chance to be featured on our website! So what are you waiting for? Hurry! Also Read - PM Modi Meditates at Kedarnath Cave as Part of His Two-day Visit to Uttarakhand| See PICS