Take a break and travel to these one-day picnic spots near Chandigarh and unwind. 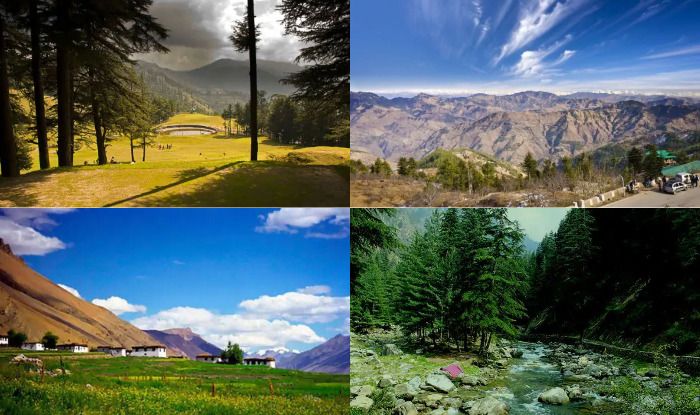 Chandigarh, a city planned meticulously unlike the chaotic structure of India’s other metros, has been built for a peaceful life. But that doesn’t mean you will always find peace in it. You could be living in the best-planned city in the world, but sometimes you just need a break, even from what seems like paradise. For the traveler, peace is found on the road, and you can get some solace in short getaways from the city. If you are craving for a getaway right now, here are some accessible one-day picnic spots near Chandigarh you can go to without planning too much.
Also Read - Shimla Receives Rainfall on Sunday, Snowfall Predicted, Check Weather Predictions For Whole of India Here 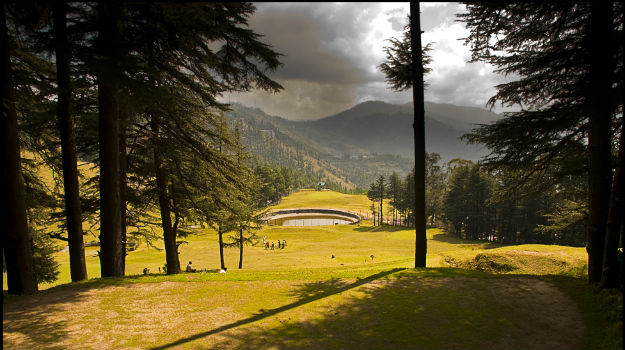 The hill station of Chail, Himachal Pradesh lies around 40-55 km south of Shimla and 103 km from Chandigarh and was once the summer retreat of the Maharaja of Patiala. His palace still remains and is open to the public as a state-operated hotel. Chail is a wonderfully small hill station with several hiking trails through dense cedar and pine forests. Home to the highest cricket ground in India, Chail also boasts of a wildlife sanctuary a few kilometers away from the main village, up the Kali Ka Tibba hill. Best visited in the snow-covered winter months of January and February, Chail still has pleasant weather for the rest of the year. Spend some time in the quietness of this hill station to refresh yourself. Also Read - Driver Killed, 34 Injured After HRTC Bus Meets With Accident on Chandigarh-Manali Highway 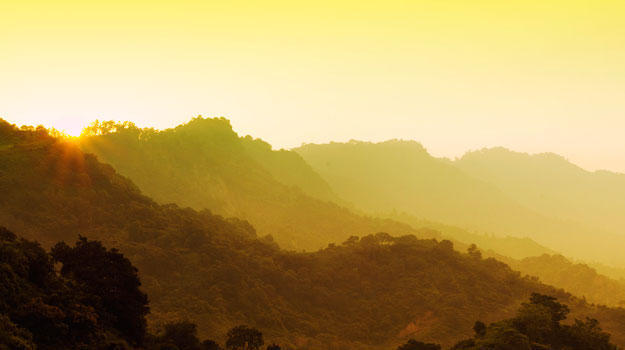 Located some 45 km away from Chandigarh city, Morni Hills is a small hamlet by the side of two lakes, Tikkar Taal and Chota Tikkar Taal. The hills surround these two lakes, and the hill station itself lies at an altitude of around 1,267 metres. Morni Hills offer a breathtaking view of the Shivalik Mountains and is home to an interesting range of birds and flowers. It is also a favored destination for trekkers and campers. Relatively untouched by the ugly side of commercial tourism, Morni Hills is just a short drive away and makes for a great place to reconnect with nature. Here, you can go for a rejuvenating trek to the Ghaggar River or simply bask in nature’s glory. 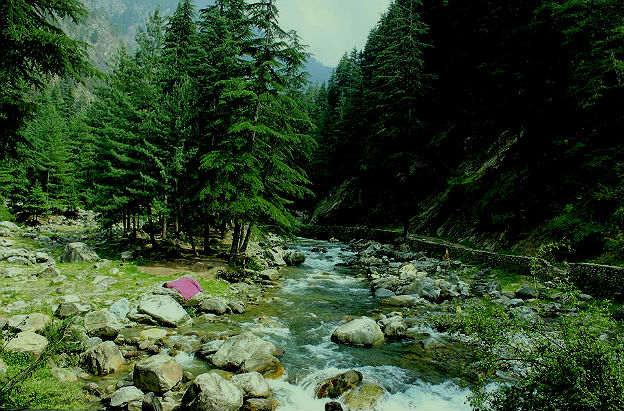 The small village of Kasol that lies along the Parvati River is a little farther away than other destinations in this list. It is nearly 290 km away from Chandigarh but is relatively easy to reach from Bhuntar, which is an overnight bus away from the city. It’s a small village, but it bustling with bakeries, guesthouse and reggae establishments. Kasol is popular among backpackers and party-goers. For those who prefer a quieter outing, you can also explore the dense forests or simply relax and enjoy the view of Parvati Valley from your home-stay. Or, you can indulge in the Israeli cuisine available here that has earned Kasol the name “Mini Israel”. 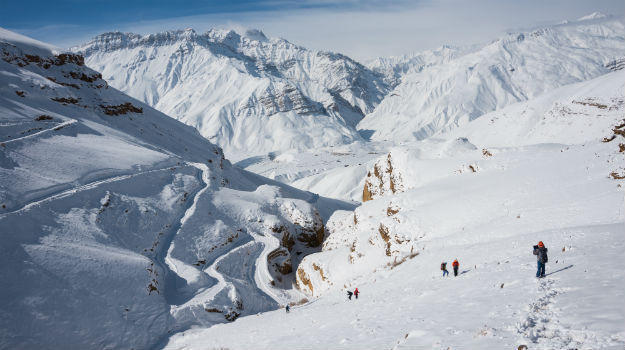 Narkanda is situated a little over 170 km from Chandigarh and lies en route to Kinnaur Valley and the more popular Spiti Valley. The tiny hamlet lies at an altitude of 8,884 feet above sea level, after crossing Solan, Shoghi, Shimla and Theog. Surrounded by tall pine trees and apple orchards, the otherwise sleepy village turns into a popular ski destination during the winter months. In the other months of the year, the main draw of this place is the trek up to Hatu Peak, lying around 2,000 feet higher up the village. The well-marked place takes you through forests of deodar, blue pine, oak and fir trees, and at the top, you get to see an incredible view of the Himalayas and the ornate wooden Hatu Mata temple. 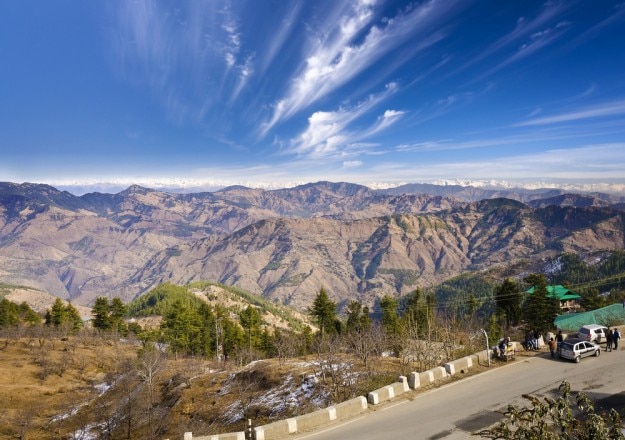 Shimla needs no introduction; the extremely popular hill station lies around 130 km from Chandigarh and has been romanticized several times over the years. It is the quintessential Himachal hill station, nestled in the Himalayas with colonial-era buildings that you can explore by foot. Shimla is among the top picks for a summer holiday destination in India, and rightfully so. Despite its popularity, the hill station is still a relatively peaceful place to spend a day in, with scenic views to soak up. There are several places within the town itself where you can lose yourself in the lap of nature and relax, away from the hustle of the city. Shoghi, a small suburb of Shimla, lies around 13 km before the main town itself and is a destination in its own right. It lies just far enough from the business of Shimla, but still lies among its tall, picturesque pine and oak forests. As such, it offers a sense of tranquility that is rare to find in Shimla itself. Here, you can spend your time in an overnight camp or explore the forests to spot some of the birds endemic to the region. Or you could just spend hours and hours trekking along the hills that surrounding this suburb. In any case, you will find yourself mostly on your own, which is why this place is a popular romantic destination near Chandigarh. 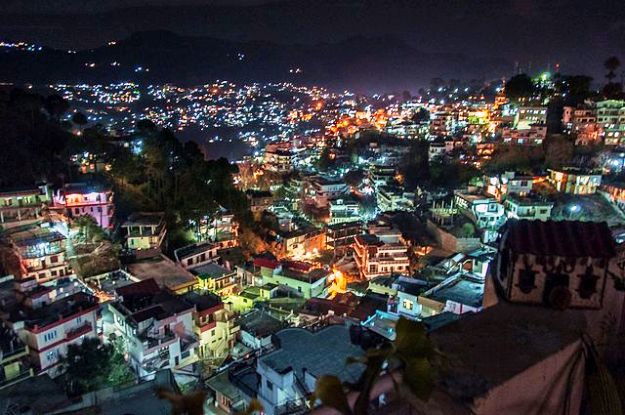 Located around 50 km from Shimla and 67 km from Chandigarh, Solan lies around 1,467 meters above sea level. The city is known for its mushroom and tomato production, which is why it is often called the “Mushroom Capital” of the country or the “City of Red Gold”. For travelers, Solan offers access to the popular destinations of Chail, Kalka and Kasauli, and is surrounded by massive peaks just waiting to be scaled and explored. The mountains around this town offer several trekking trails that take you through tall, dense forests and pristine streams. The town is also home to Mohan Meakins Brewery, set up in 1855 and one of the oldest in India. 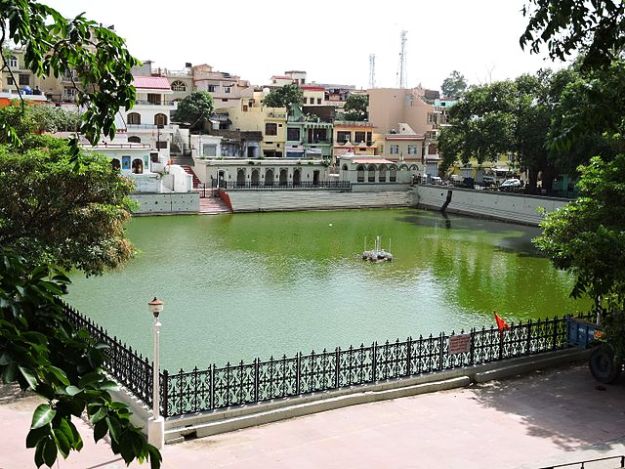 Nahan lies around 90 km away from Chandigarh and was once the capital of the small but legendary Rajput kingdom of Sirmur. Its historical legacy is one of its biggest draws, along with the obviously spectacular views of the Himalayas and the landscape around it. Founded in 1621, this hill station has several stories connected to it, and is the perfect one-day picnic spot near Chandigarh for the history buff. Nahan overlooks expansive green meadows, with the Himalayan peaks of the Shivalik range rising around it. Here, you can boat along the Renuka lake or visit the Renuka Wildlife Sanctuary, Suketi Fossil Park, Paonta Sahib and the other few points of interest in a day. 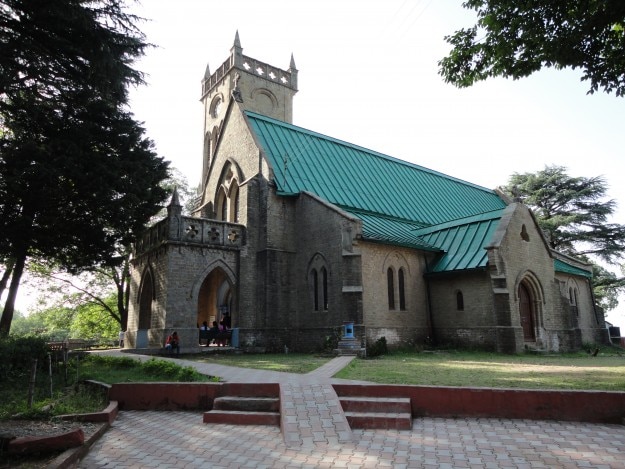 The popular British-era hill town of Kasauli lies nearly 60 km away from Chandigarh and is a great alternative to Shimla. It is not as frequently visited as Shimla, but its colonial buildings and cobbled roads offer a similar experience. Here, you can spend your day walking around town and admiring the British architecture, or through the pine and oak forests to spot birds like Flycatchers and Blue Magpies. You can also visit the Christ Church and other churches from the colonial era. A trek up to Manki Point, the highest point in Kasauli, is just four kilometers away from the town’s bus stop. Although a little daunting, it gives you a spectacular view of the mountains that you cannot miss. 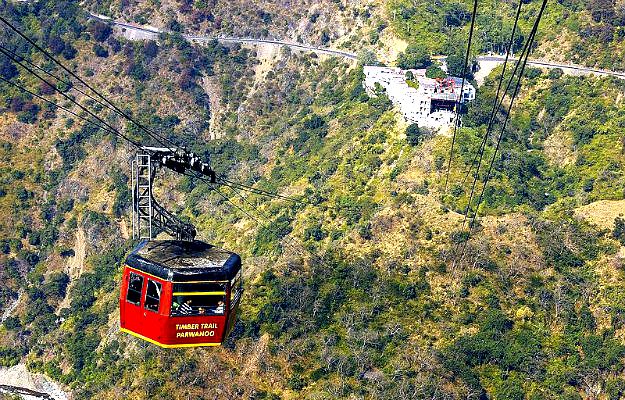 Finally, we get to Parwanoo, which lies around 30 km from Chandigarh via the Chandigarh-Shimla Highway. The fruit orchards that surround this hill station and the scenic mountains dotting the horizon make for the perfect romantic setting, but Parwanoo is also a great place for families and solo travellers. The Timber Trail cable car ride across the Shivalik hills and Kaushalya Valley is the obvious highlight of this hill station. You can also visit Pinjore, located at the confluence of the Jhajjar and Kaushalya Rivers. The historic site has several attractions that you can explore over the day. The Mughal Gardens, Cactus Garden, Gurudwara Nada Sahib and Mansa Devi Temple are just some of the attractions at Pinjore and Parwanoo.