The Silicon Valley of India has many scenic spots suited for a quick one-day picnic. 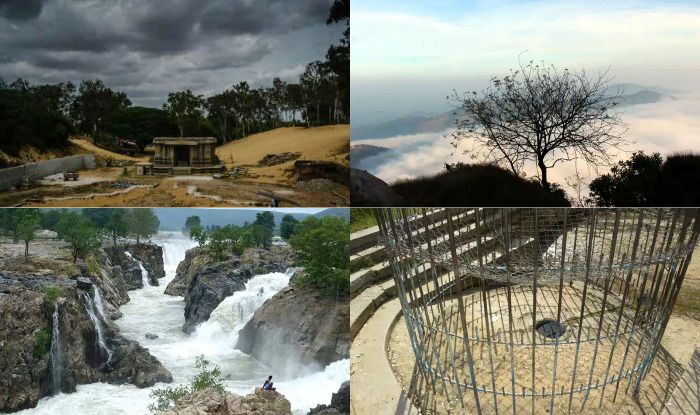 Bengaluru is known by many names: electronic city, Silicon Valley of India, space city. It is a fast-paced city with good weather for most of the year and plenty of places to explore within its limits. You can experience the hundreds of cafes that dot the city or simply take a long, leisurely walk through Cubbon Park for some peace and quiet. But Bengaluru has many treasures lying nearby as well. Here is a look at some of the best one-day picnic spots near Bengaluru to take a quick break from the bustle of the city.
Also Read - These 8 Vacation Spots From Bengaluru Won't Burn a Hole in Your Pocket 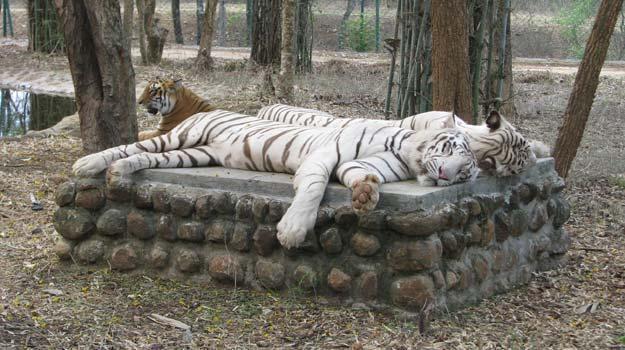 Lying just around 22 km from the city centre, Bannerghatta National Park, or BBP as it is popularly known as, is a rare sight. There are very few wilderness conservation areas located so close to a metropolitan city, and BBP is one of them. A simple one day trip to this national park is enough to take you through its diverse flora and fauna. BBP is also famous for hosting India’s first butterfly park, which you can explore along with its snake house, safari park, aquarium, animal rescue centre, pet corner and zoo. Also Read - Here's How You Can Reach Savandurga Hill From Bengaluru by Road 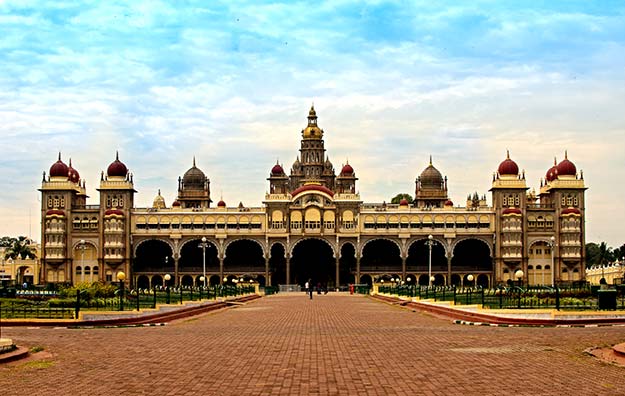 Mysuru, which is also popular by its older name, Mysore, is among the most beautiful ancient cities in India. In a one day picnic to this city, you can get a glimpse of this city’s rich royal heritage and its many monuments. The Mysuru Palace should definitely be in the cards; the building is a work of art. While the outside of the palace can leave you spellbound in its majesty, the interiors are wonderfully intricate, with stained glasses, carved wooden doors, and several paintings, sculptures and artifacts from the palace’s history on display. 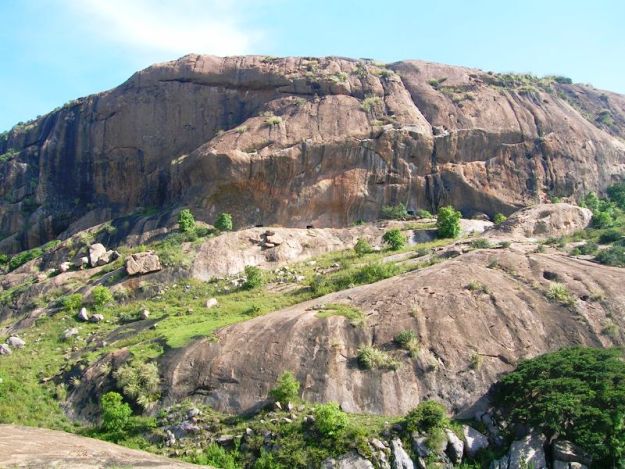 Known as the Silk Town or Silk City, Ramanagaram is a popular local getaway near Bengaluru for more than just its sericulture. The town is located around 50 km away from the city, and is pretty famous among cinephiles for being the shooting location of the cult film ‘Sholay’. Apart from enacting your favourite moments from the iconic Hindi film, you can go trekking or exploring local caves around the town. There are several adventure sports on offer nearby as well that can be tried out over the course of a day. Ramanagaram is home to seven hills popular for rock-climbing: Sidilakallu, Jala Siddeshwara, Revanna Siddeshwara, Krishnagiri, Somagiri, Yatirajagiri and Shivaramagiri. 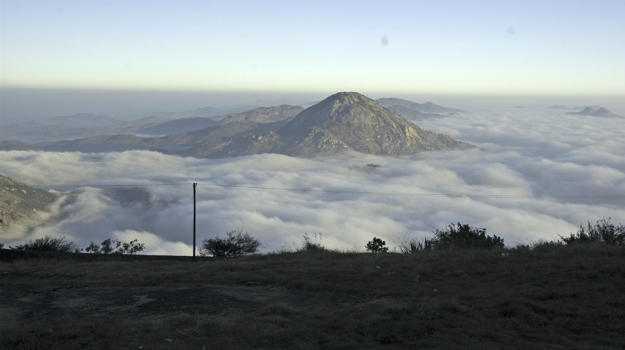 Around 10 km further from Bengaluru than Ramanagaram lies Nandi hills, which was once the summer haunt of the Tiger of Mysore, Tipu Sultan. At the top of it lies the hill fortress of the same name. The Nandi fort was the target of a famous three-week siege by the army of Cornwallis during the first war against Tipu Sultan. Apart from the ancient fort, Nandi Hills also offers a spectacular panoramic view of the hills around it. You can visit Tipu Sultan’s summer palace and fort, go paragliding off the hills or pray at the magnificent Gavi Veerbhadra Swamy temple. At a height of 4,851 metres above sea level, Nandi Hills offers cool weather, breathtaking views and quite a history lesson.

The water reservoir of Manchanabele is around 40 km away from the city and is a perfect one-day picnic spot near Bengaluru for groups. The Manchanabele Dam is part of an irrigation project that utilises water from the Arkavathi River to cultivate land in and around the town of Magadi. But it is popular among tourists and visitors from the city for its team building and water sports activities. You can spend the day taking part in rafting, shooting and kayaking with your friends, family members or colleagues. With adequate facilities and a well-planned series of activities, this is a destination worth visiting with everyone, and one of those rare places where the crowd only adds to the fun and excitement.

Talakad is, in many ways, a contrast to the crowded, fun-filled Manchanabele. The desert town is a popular Hindu pilgrimage site for its sand-covered temples. It is quite fascinating to see the town’s 30-odd temples partially buried in the sand. The sands of Talakad are said to be the result of a curse that is said to have been set upon the town. Once a vibrant city, Talakad was supposedly the victim of a curse that Alamelamma, queen of the Vijayanagara Empire, set upon the Wadiyar dynasty of Mysore. The old city today remains under the hills of sand, with just the tips of two pagodas visible. Talakad and its shrines and temples are shrouded by several other legends that you can discover by visiting them. Surprisingly, the town is also at the centre of advances in the local wine-making industry. 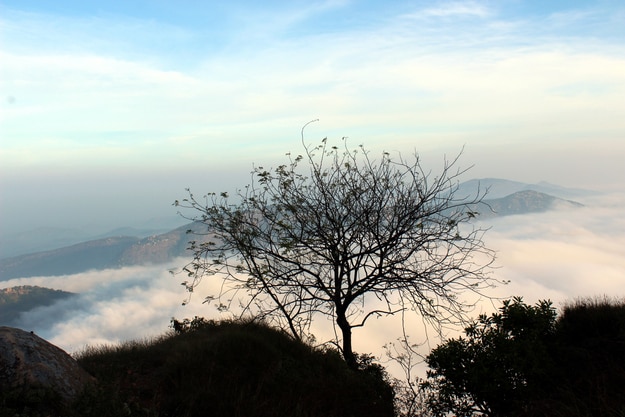 The lesser-known sibling of the Nanda Hills, Skandagiri is around 68 km away from Bengaluru and offers its own share of history. The hills are home to several ruins that date back to the 18th century. The hills are also called Kalwarbetta and are essentially part of the same range as the Nandi hills. You can find the ruins of Tipu Sultan’s fort near the Kalwara village, and the hills are popular among trekkers. Be warned though; many of the trails up these hills are long, high and precipitous. Despite the difficulty, the trek is definitely worth the effort. You can also find caves around the hills that are said to lead to the temple at the peak of the hills. Skandagiri or Kalwarbetta is especially popular for its night treks. 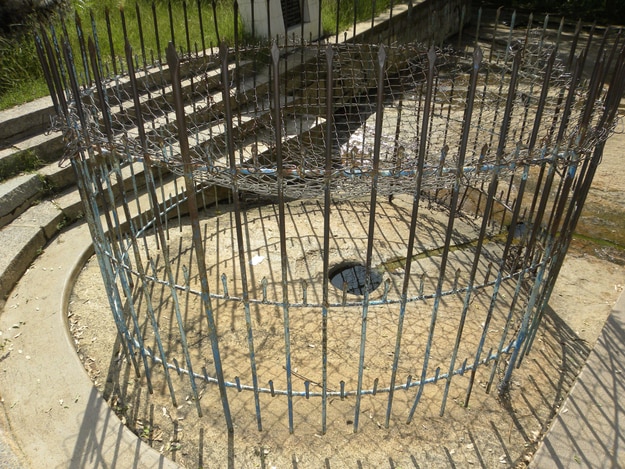 The hill station of Devarayanadurga is located at an altitude of around 3,940 feet above sea level and is a little over 70 km away from Bengaluru. Located on the rocky hills, Devarayanadurga is surrounded by forests, temples and sacred sites. One of the most popular attractions of this hill station is the Yoganarasimha or Lakshmi Narasimha Swamy temple, built and repaired over time by the Wodeyar dynasty. While this temple lies at the top of the hill, the base has a Bhoganarasimha temple as well. Both temples worship Narasimha, an incarnation of the Hindu god Vishnu. Apart from the temples, you can also find the same cloud-covered vistas of the hills as seen from Nandi hills, along with a deer park and a natural spring called Namada Chilume, which is said to be a sacred spot.

The mountains of Anthargange rise to around 5,616 feet above sea levels and are part of the Shathashrunga range. Located just around 70 km away from Bengaluru, they make for an ideal one-day picnic spot near the city for adventure seekers. Anthargange hosts a number of trekking, cave exploration and rock climbing expeditions for those who want to quench their thirst for adventure. Its name comes from a never-ending spring that lies in the middle of the mountains, literally translating to ‘Ganga from within’. The destination is also a popular spot for pilgrimage, with the beautiful Kashi Vishweshwara Temple. Cave exploration is the highlight of this place, however, and it is something that should not be missed out on. 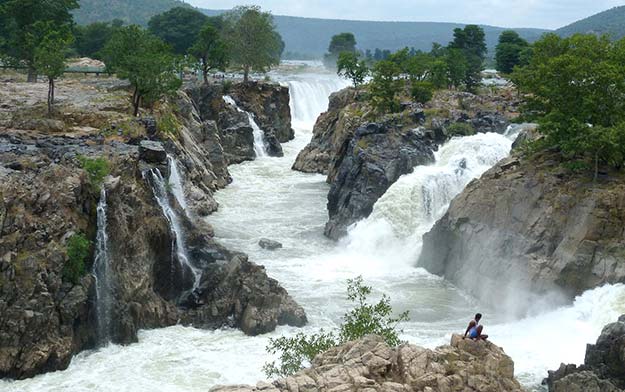 We’ve explored the forts, ruins, caves, hill stations, temples and cursed towns that are around Bengaluru, but no list of the wonders near the city can be complete without including the magnificent Hogenakkal waterfalls of Dharmapuri. Although this is the farthest place in this list, lying around 180 km away from Bengaluru within the nearby state of Tamil Nadu, Hogenakkal is worth a visit even if for just a day. The place is popular for its medicinal baths and exciting boat rides, and it is considered by some to be the Niagara Falls of India. The name of this expansive waterfall translates to ‘smoking rocks’ because the force with which the water drops makes it appear that smoke is emanating from the ancient carbonatite rocks in the site.