The total cost of the Chenab Arch bridge is estimated to be Rs 1486 crore and the design life of the bridge is said to be 120 years. Read on

On April 5, the Indian Railways created history as it completed the Arch closure of the iconic Chenab Bridge, the world’s highest railway bridge, which is a part of the Udhampur-Srinagar-Baramulla rail link project (USBRL). The Chenab Arch bridge will connect the Kashmir valley with the entire nation. Isn’t it phenomenal?Also Read - Top 7 Most Beautiful Train Routes In India

ANI reported that the railways ministry, in a statement, said that the Chenab Arch bridge can withstand high wind speed up to 266 km per hour and bear earthquake forces of the highest intensity zone-V in India. Also Read - Chenab Bridge: World's Highest Rail Bridge in Jammu & Kashmir is Ready And It's Stunning

Interestingly, the Arch closure was one of the most difficult parts of the bridge over Chenab and its completion is a major leap towards the completion of the 111 km-long winding stretch from Katra to Banihal, the ministry said in a statement. Besides, the ministry has also said that the bridge will remain operational at a restricted speed of 30 km per hour even after the removal of one pier/trestle. Also Read - J-K: World's Highest Rail Link Chenab Bridge to Withstand Intense Blast, Earthquake 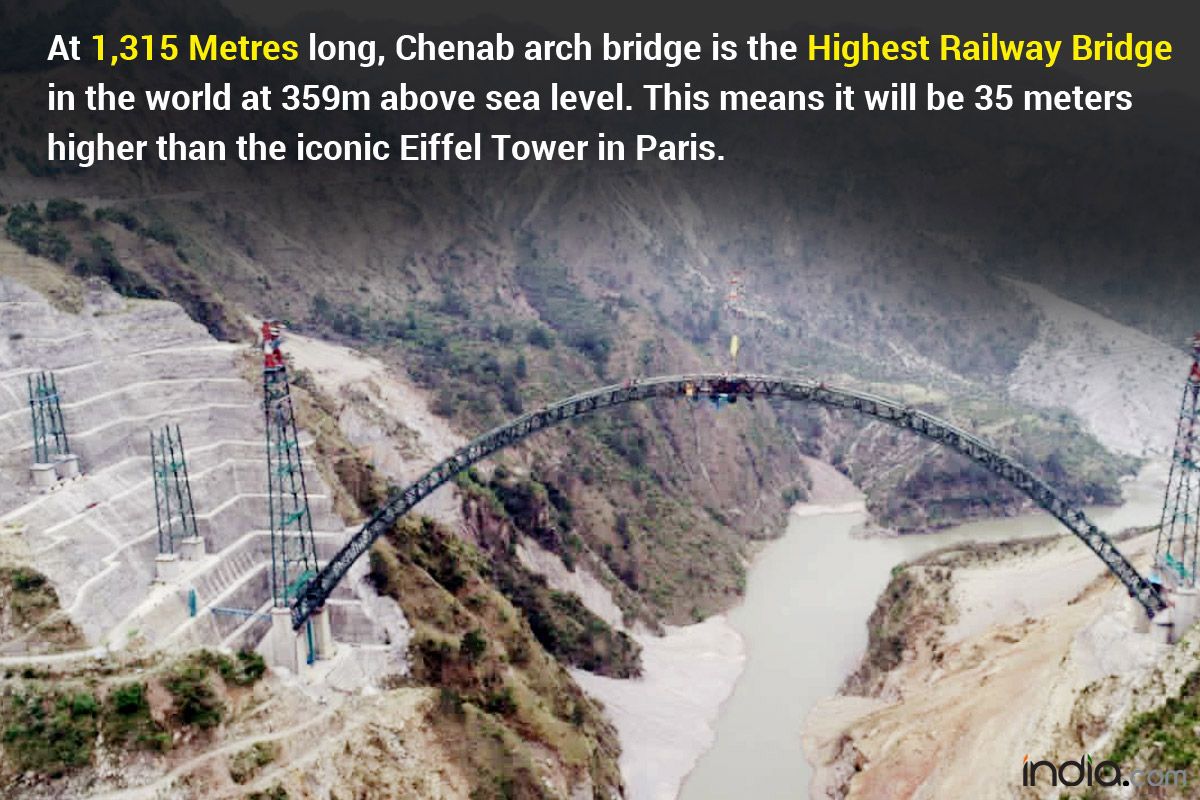 For the first time, erection of the members of the arch by overhead cable cranes done on the Indian Railways network. 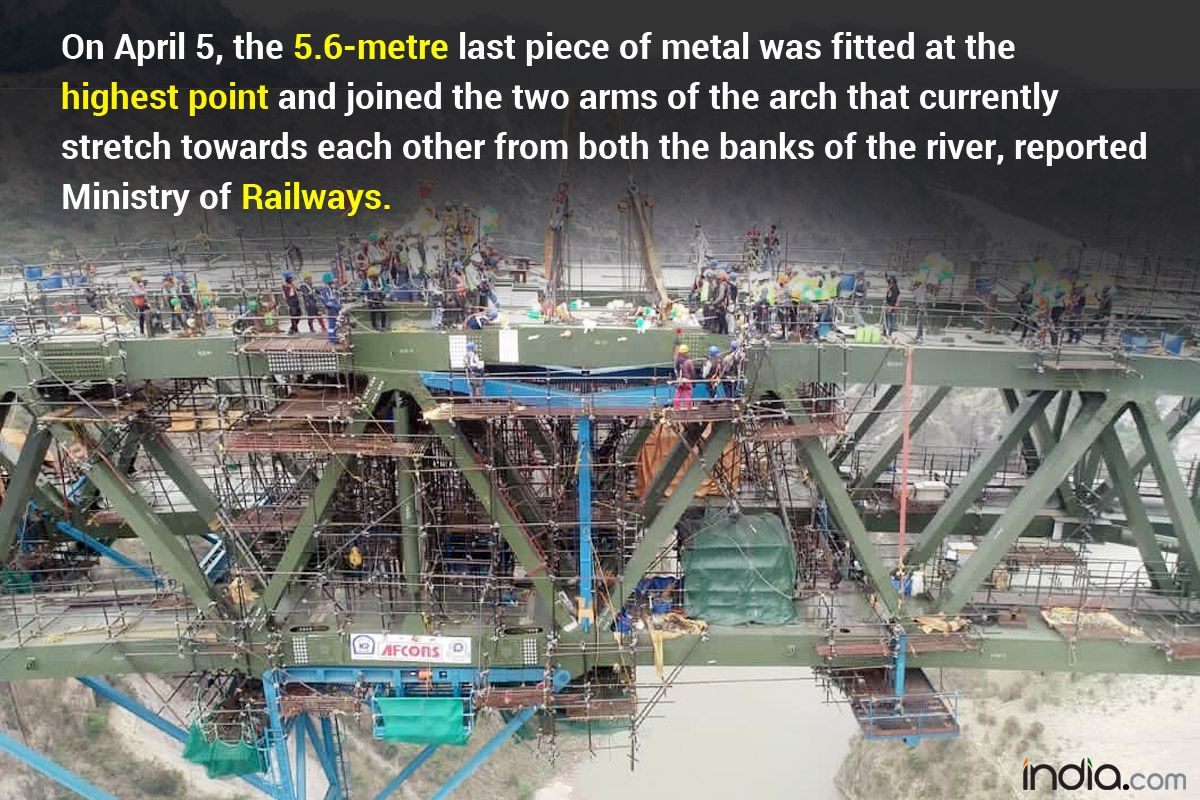 For structural detailing, the most sophisticated ‘Tekla’ software was used. 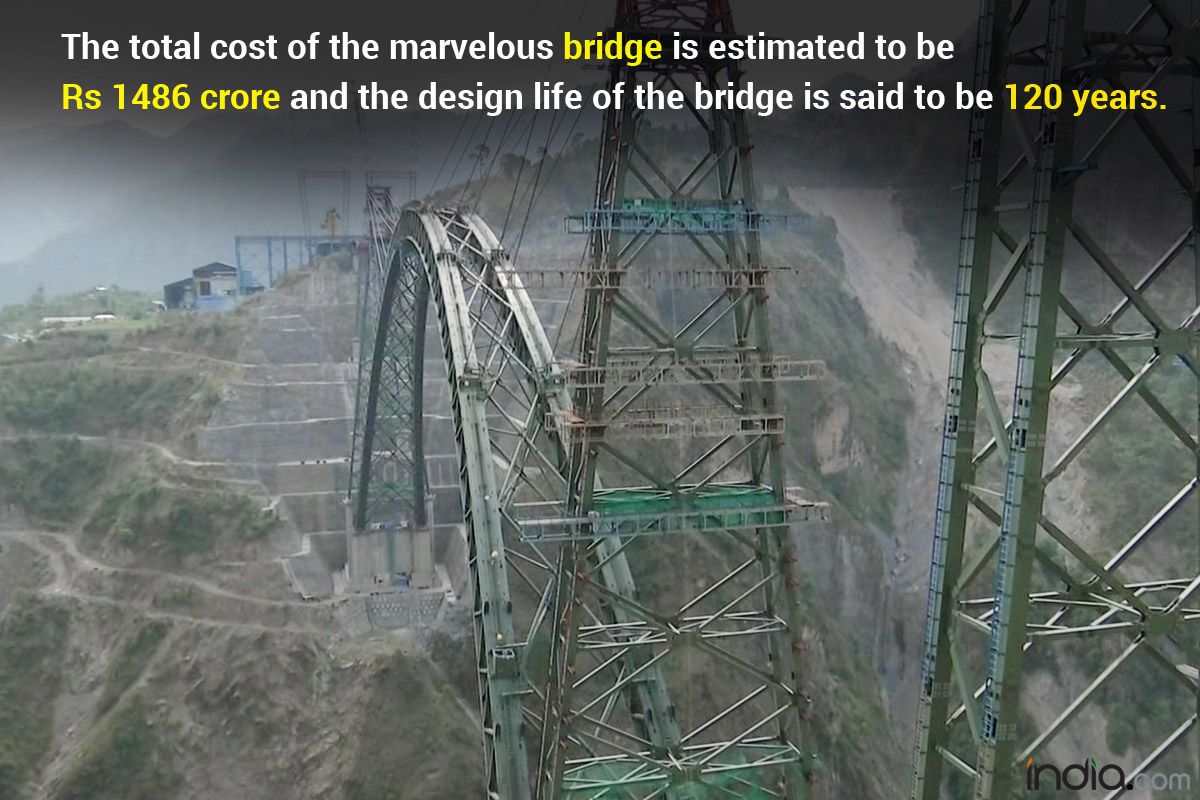 Structural steel is suitable for temperature from -10°C to 40°C. 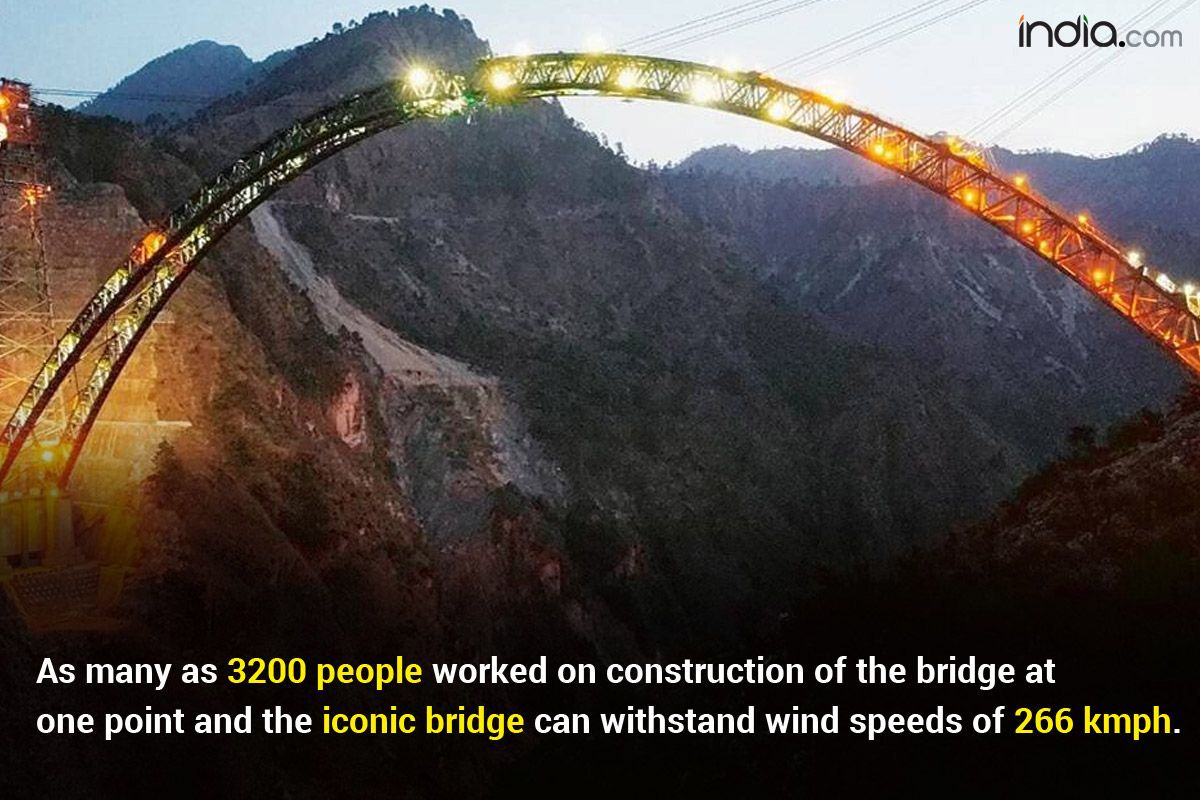 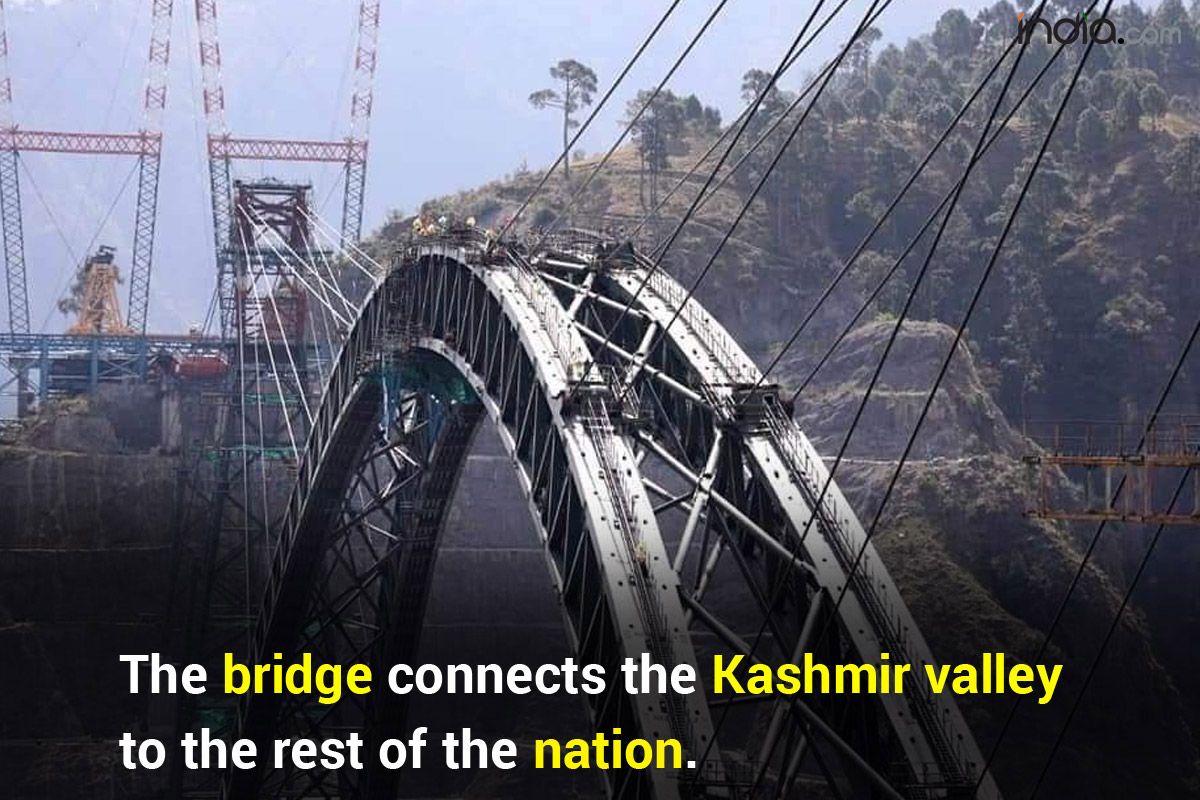