Now open for traffic, the Beipanjiang in China is the world's highest bridge.

Rising 565 metres above the Nizhu river canyon, the Beipanjiang bridge in China is the world’s highest bridge ever built. It was inaugurated on December 29 and links the Duge Township of Liupanshui City in southwest China’s Guizhou Province to the Puli Townshp under Xuanwei City in southwest China’s Yunnan Province. It forms part of the highway connecting Hangzhou, capital of the eastern province of Zheihjiang, and Ruili in Yunnan. The length of this massive bridge is 1341.4 metres and it is expected to reduce the travel time between the two mountainous provinces by three quarters. The transit that usually took upto four hours will now take around one hour which comes as a huge blessing for truck drivers and local daily commuters. (ALSO SEE The worlds largest outdoor escalator is in China: Have you taken a ride?) Also Read - The New Normal? Salon Workers Covered In PPE Kits While Giving Haircuts, Images Go Viral 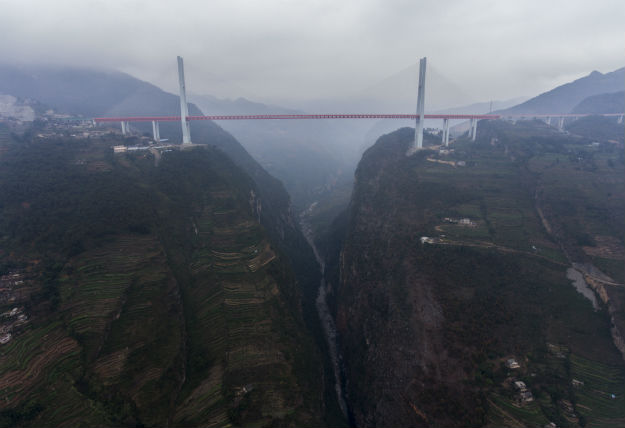 In terms of the height of its own structure, this bridge is not the tallest. That record is still held by France’s Millau viaduct at 343 metres. However, in terms of the distance to the ground, the Beipanjiang bridge is the clear winner. According to a local newspaper Guizhou Daily, the brigde coast 1 billion yuan (a whopping $144 million) to build! The construction of this mammoth structure began in 2013 and it was completed in September 2016. Over 1,000 engineers and technicians have worked on the construction of this iconic suspension bridge. DO SEE China is building a replica of Titanic and it will offer iceberg collision experience Also Read - Punjab And Haryana News: No Home Delivery of Food After 8 PM, No Thumb Impression of Customers 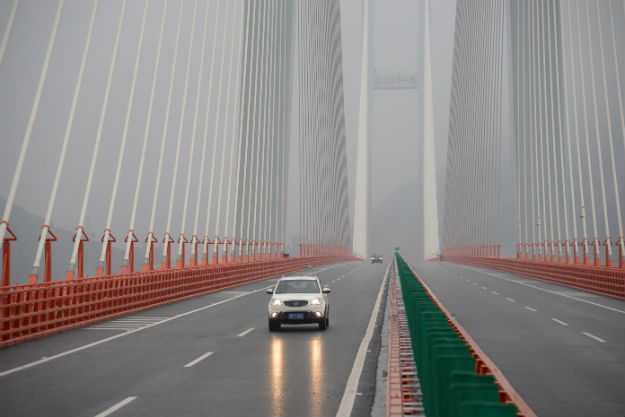 China is home to several of the world’s highest bridges. In fact, the former highest bridge of the world, Si Du River Bridge, is located in the central province of Hubei in China. As seen in these pictures from IANS, the bridge joins the list of several other architectural marvels of China. 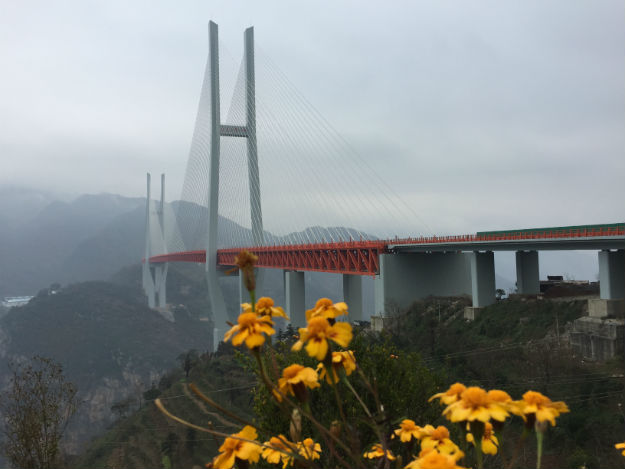