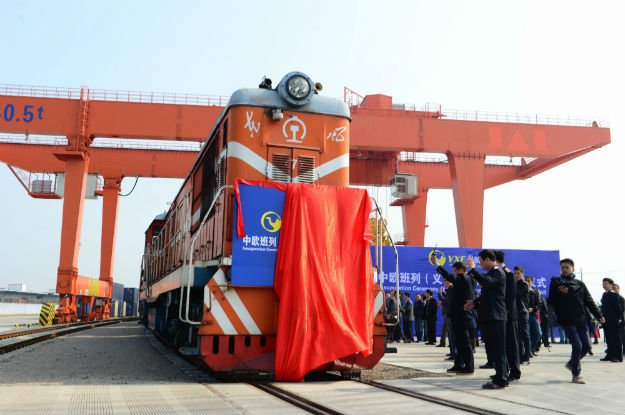 This is history in the making. A freight train from China departed early this week on what is one of the longest train rides in the world. The direct train has been launched by China in order to develop trade and investment ties with Europe. The train in transit is carrying a small cargo of clothes, bags and other household items and is expected to cover the 12,000 mile journey in 18 days. With the benefit of being cheaper than air freight and faster than sea travel, the train is expected to help greatly in establishing a firm trade route between China and London. It is worth noting that China Railway already runs services between China and other European cities, including Madrid and Hamburg. ALSO SEE China inaugurates worlds highest bridge that cost $144 million to build Also Read - Unlock Phase I in Rajasthan: Hotels, Restaurant, Clubs And Shopping Malls to Reopen From Monday | Details Here

The Chinese government is calling this route the New Silk Route as the strategy involves boosting infrastructure links along the Old Silk Route. London will be the 15th city to join this route which may soon be a heavily active trading medium. This service, when fully functional, will improve China-Britain trade ties, and strengthen China’s connectivity with western Europe. It will also benefit China’s Belt and Road Initiative which is an infrastructure and trade network along the ancient trade routes that connect Asia with the continents of Europe and Africa. Part of Chinese President Xi Jinping’s vision for “One Belt, One Road”, this move is being hailed by all the Railway officials and new agencies. Also Read - Haryana News: Shopping Malls Except in Faridabad, Gurugram Can Reopen; Restaurants at 50% Capacity 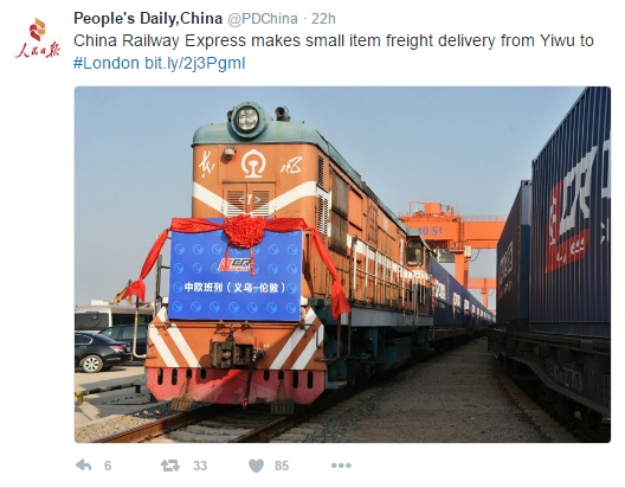 Yiwu, from where the train has departed, is a famed wholesale market town in the eastern province of Zhejiang in China. It is known for the production of small commodities like bags, suitcases and garments. The China to London freight train left the Yiwu West Railway Station on Sunday, the 1st of January. Covering around 8,000 miles, the train is expected to reach London in two and a half weeks. NOW SEE China is building a replica of Titanic and it will offer iceberg collision experience