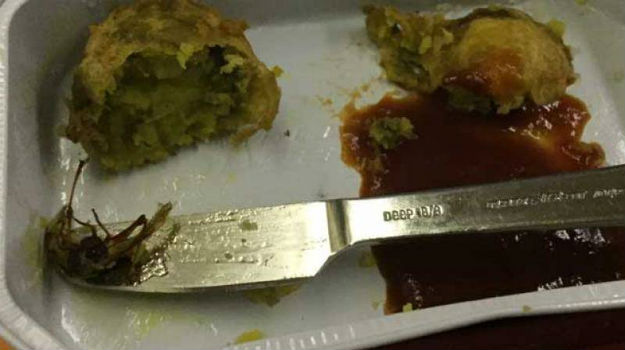 Passengers on the Air India flight that left from Hyderabad to Chicago via New Delhi were in for a shock when one of them found a cockroach in his meal. The meal was served on-board which is why it was infuriating. The incident has prompted Air India to order a probe into the matter. Taking a serious note of the incident, the carrier has also served notice to the caterer concerned. (ALSO SEE Is Air India the WORST airline? List of worst 15 here!) Also Read - Sushmita Sen Opens up About Aarya, Says 'It Represents Strength, Betrayal, Vulnerability in Crime World'

The meal was a vegetarian one which made the passenger tweet the following: Also Read - LEV vs BAY Dream11 Team Prediction Bundesliga 2020: Captain, And Fantasy Football Tips For Today's Bayer Leverkusen vs Bayern Munich Football Match at Bay Arena 07:00 PM IST June 6 Saturday 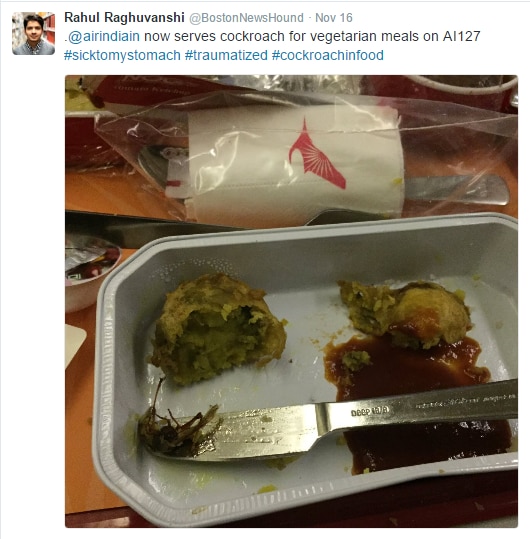 The picture of the meal posted in the tweet clearly shows a dead cockroach and has gone viral since.

Of course, Air India apologised for the inconvenience. In response to the tweet too, Air India tendered apologies for any inconvenience caused. It posted a tweet saying, “We have a zero tolerance policy in this respect. Obligatory action is taking place”

This is not going to help Air Indias reputation which has been in trouble over the past few years. Last year, there were similar instances that got Air India into trouble. First, a lizard was found in an Air India AI 111 flight meal. Then, a passenger travelling in an Air India Patna-Delhi flight found a cockroach in his meal. And now, this years cockroach in the vegetarian meal incident is going to scar the Airlines reputation even further.