The Youtube sensation was asked to do so for additional security check. Find out what happened after he took off his turban. 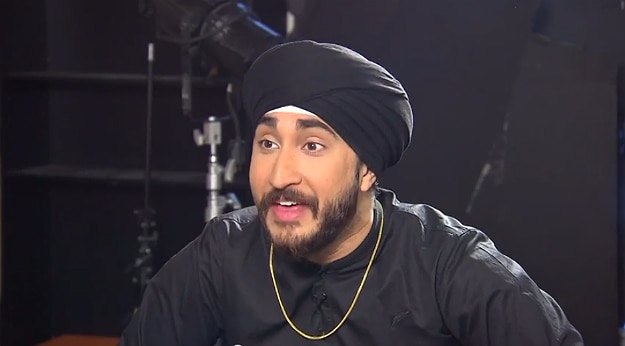 Just earlier this month we reported that Sikh American actor-designer Waris Ahluwalia was barred from flying first class because he refused to remove his turban during a security check at the airport. (Read: SHOCKING! Aeromexico refuses to fly Waris Ahliwalia). And this morning we woke up to the news of a similar incident, this time with Youtube comedy sensation Jus Reign aka Jasmeet Singh. The comedian who was at the San Francisco airport was asked by the security officials to take off his turban for extra screening and searching. He described the incident as an embarrassing ordeal, something he’s never had to undergo at any other airport security check. Also Read - Fake News Busted: Jyotiraditya Scindia Never Added BJP to His Twitter Bio

so the @tsa made me take off my turban in extra screening or they said I wouldn’t be able to be let through to catch my flight Also Read - LEP vs PDB Dream11 Team Prediction Bundesliga 2020: Captain, And Fantasy Football Tips For Today's RB Leipzig vs SC Paderborn 07 Football Match at Red Bull Arena 07:00 PM IST June 6 Saturday

The comedian on his Facebook page mentioned that he isn’t new to extra screening and searchings as he is a “brown dude who flies quite often”. His first reaction was to say no and have it patted down instead which he often does for his clothes too. He had a flight to catch and retying a turban unlike a hat or a shoe takes time and effort. But the manager at the security insisted that he take off his turban or he would have to catch another flight of some other airline. Jus was taken to a private screening room for this and after another thorough search and X-Ray, he was told he was good to go. At this point, Jus requested to be given a mirror to help him retie his turban which the officials refused saying that he could go to the bathroom to do so. This was completely embarrassing as it meant he would have to walk to the bathroom in public without his turban and defeated the whole point of having the additional security check in a private room. Jus said on his Facebook page, “why “undress” me and then tell me to walk out “undressed” to the nearest bathroom to retie my turban again??? WHAT WAS THE POINT?”

listen at the end of the day the main issue wasn’t with me taking off my turban. I get it. I followed protocol. so they could feel “safe”.  Jasmeet Singh (@JusReign) February 23, 2016

Even though he has been seen before without his turban on videos (most notably on his turban tying tutorial), he can imagine how demoralizing and embarrassing this can be for anyone else in his position who values the turban a great degree, he said. “The turban is a sign of royalty, respect, dignity, courage and has a huge cultural and spiritual significance for many Punjabis and Sikhs,” said Jus.

the issue is that after they made me remove it in a private room. I asked for a mirror to retie it again. which isn’t a complicated request.

instead they told me to walk out to find a bathroom to retie. what was the point in putting me in a private room. THATS the insensitive part

Even though he followed protocol and did what he was told to do, it was the insensitivity and lack of respect from the officials that left him upset. “I followed all the security protocols, asked whatever they wanted me to do, so the issue isn’t with the fact that I was asked to remove the turban (however silly it still is) but with the lack of respect and insensitivity when I asked for a simple request like a mirror to tie it back on again,” added Jus.

What do you have to say about his incident?  Tell us in the comments section below.