Earlier this month, the Cusco 2018 festivities went underway in Peru with the staging of the Inti Raymi. 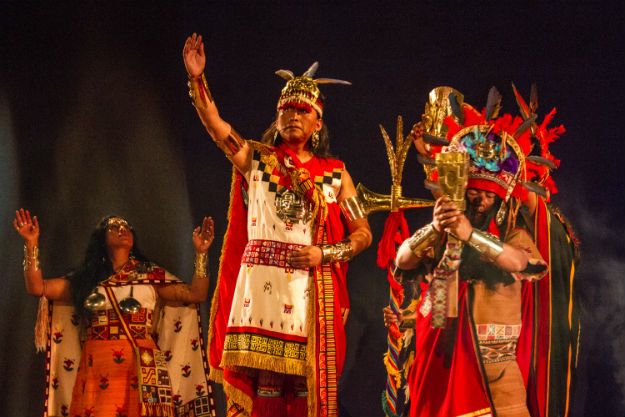 With the staging of the Inti Raymi A new dawn as a framework, Peruvian authorities launched the 2018 Cusco Festivities during an event that took place at the Huaca Pucllana archaeological site in Lima, on the night of May 8. The staging included an impressive display of film technology, led by the Inka, the Colla and the Imperial entourage, with the same actors who will perform this act at the Sacsayhuamán esplanade, in Cusco, on June 24. ALSO SEE Top 10 Things to Do in Peru Also Read - Peru, Colombia Pledge to Work Together to Protect Amazon Region

This presentation was possible thanks to the strategic alliance between EMUFEC – Entity that promotes celebrations, customs and cultural manifestations in the region-, the Ministry of Foreign Trade and Tourism (Mincetur) the Ministry of Culture, as well as the Municipality of Miraflores. Also Read - Willian Ruled Out of Copa America Final Due to Injury

The aim of highlighting the image of Cusco worldwide is to promote tourism and the cultural wealth this city has. It´s important to mention that the Inti Raymi in its contemporary version is organized since June 24, 1944, when the festivities of Cusco were instituted to remember its millenary origin and the cradle of the great Inca civilization. CHECK OUT Visit These Ancient Wonders of Peru to Get a Glimpse of Earliest Human Civilizations Also Read - Earthquake of 7.0 Magnitude Struck Peru, no Casualties Reported

The Minister of Foreign Trade and Tourism, Roger Valencia, the mayor of Cusco Carlos Moscoso and the full board of Emufec S.A., among other national and local authorities, attended the event.

Meanwhile, and with the same purpose, the regional presentation of Cusco Festivities took place on Thursday, May 17, at 7:00 p.m. at the Koricancha esplanade, where the staging of the “Tinkuy Pachamama” ceremony was held. This ritual represents the birth of the Sun and its relationship with the Inca culture.