Good news for Surat and other parts of Gujarat as well as Maharashtra - As of December 6, Cyclone Ockhi is over! 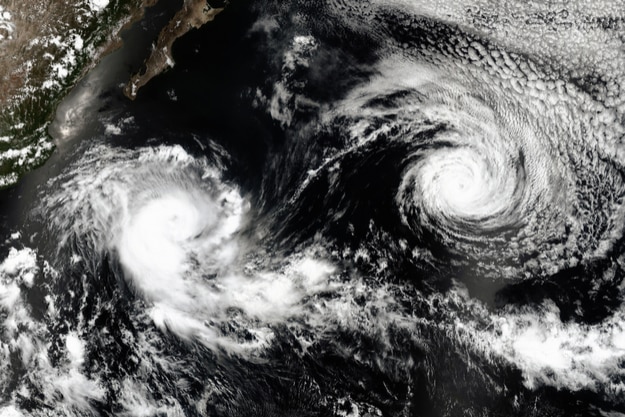 After ravaging Kerala and Tamil Nadu in south India, cyclone Ockhi had Maharashtra and Gujarat on alert since the past couple of days. The two states have been bracing for the wrath of the cyclone which raised major concerns in south Indias Tamil Nadu, Chennai and Lakshadweep. As a precautionary measure, schools and colleges as well as government institutions remained shut in Maharashtra yesterday. The city of Surat in Gujarat was put on alert with thousands of people being evacuated. However, as per latest reports from the Indian Meteorological Department, Cyclone Ockhi became a depression which then weakened into a well-marked low over the Arabian Sea before it could hit India’s western coast. What this means is that we need not worry about the strong impact of the cyclone that had kept people on edge since the last two days. Both Maharashtra and Gujarat are now in the clear. Also Read - 'Ek Purani Chappal de do': Migrant Worker Who Couldn't Get on Shramik Train, Pleads After Slippers Give Way on Walking From Gujarat to UP

The Department has, however, warned people that the states of Maharashtra, Gujarat and Madhya Pradesh could receive intermittent showers. According to the latest forecast – Valsad, Surat, Navsari, Bharuch, Dang, Tapi, Amreli, Diu, Daman, Dadra, Nagar Haveli districts in Gujarat are very likely to receive light to moderate rainfall this morning (December 6). Similarly, parts of Madhya Pradesh and Maharashtra will receive light to moderate rainfall for a few hours at least. Regions in Maharashtra where it could rain are Palghar, Thane, Raigarh, Greater Mumbai, Dhule, Nandurbar, Nashik, Jalgaon, Ahmednagar and Pune districts. Also Read - Migrant Woman Sets Off With Disabled Son on Shoulders, Walks All The Way From Gujarat to Madhya Pradesh

The evening of December 5 was a nervous one for the state of Gujarat as over 3200 people were evacuated from the coastal districts in the Surat district. This was on account of the fact that cyclone Ockhi was centred in east central Arabian Sea, 240 km from Surat, causing high speed winds and rain across the states of Gujarat and Maharashtra. The cyclone was expected to make landfall in Surat district on Tuesday midnight and people were warned to avoid venturing out wind gust measuring up to 70 kmph was expected to hit south Gujarat during landfall. Also Read - Coronavirus in Gujarat: On Day 1 of Lockdown 3.0, Yet Another Protest by Migrants in Surat | Watch