Dalhousie on Your Mind? Here’s How You Can Get There From Delhi

Dalhousie is a popular hill station for a reason and that is it has several things to do for everyone from couples to solo travelers to kids. 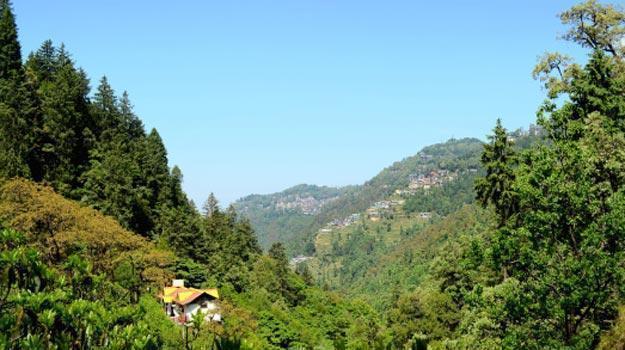 Dalhousie is one of the best hill stations in the country and is preferred by both honeymooners as well as families for its natural beauty and splendor. The hill station is surrounded by snow-capped mountains and offers breathtaking views to tourists. Even though it has become quite commercial over the past few years, Dalhousie still has its old-world charm with its bungalows and churches from the British era and natural vistas. It also makes for a scenic route as one drives down from nearby places. Dalhousie is also a getaway for people living in Delhi and many take a road trip to reach the hill station. Here’s how you can reach Dalhousie from Delhi. Also Read - Bharat Biotech Refused to Provide Covaxin Doses to Delhi Due to Govt Directives, Says Sisodia

How to reach Dalhousie?

There are different modes of transport that you can use to reach Dalhousie from Delhi. We list down the distance and convenience of each one for you here.

Dalhousie does not have its own airport but the nearest one is in Pathankot which is about 75 km away. Cabs are available to take you to the hill station from here. Luckily, flights run between Delhi and Pathankot, unlike many other cities. The other airport you can consider flying to is Gaggal which is in Kangra district. It is connected to Delhi and many other cities in the country but is 180 km away from Dalhousie. Buses are available for a ticket of Rs 150 from Kangra to Dalhousie and the journey offers some of the best views.

Being a hill station, the roads are winding and it takes time to reach Dalhousie by road but the scenic vistas have compelled many a traveler to hit the road. A road trip from Delhi to Dalhousie is over nine hours as the distance between the two is 595 km. You will also find tolls on your way. However, if you are lucky and there isn’t much traffic, you can even cover the distance in eight-and-a-half hours. You can take a cab or your own car or bike to cover the distance. However, if you prefer public transport, there are several buses that ply between the two cities at regular intervals. Luxury, Volvo and semi-sleeper buses run from ISBT Delhi to the hill station. They usually stop at local dhabas on the way for food.

The train is also a convenient way to reach Dalhousie from Delhi. It is easy on the pocket and you can travel overnight to reach the hill station by morning. Many trains that run from Delhi to Pathankot, the nearest railway head which is 70 km away from Dalhousie. From here, you can take a bus or a car to reach your destination. There are close to 30 trains that ply between the two stations so you can pick one that suits your travel time or one in which you get a reservation. Some of the trains from this list are Jhelum Express, Malwa Express, Navyug Express and Swaraj Express.

What to do in Dalhousie?

Dalhousie is a popular hill station for a reason and that is it has several things to do for everyone from couples to solo travelers to kids. If you love sightseeing, you should visit Dainkund which is the highest peak in the hill station and has a temple dedicated to Pholani Devi. From here you can get sweeping views of the valley below. Other must-visit places are the three malls or mall roads in Dalhousie which is lined with shops and restaurants. Several cultural activities take place on the mall roads. Subhash Baoli is another popular tourist attraction in Dalhousie. It is named after Subhash Chandra Bose as he stayed here for seven months and was cured of his tuberculosis after he regularly drank water from the spring here. A few kilometres away is Kalatop Wildlife Reserve that has a wide variety of flora and fauna. It also offers trekking routes and is a scenic place to visit. If you like activities like boating, horseriding and paragliding, you can do so in Dalhousie for a small price. When here, also try the food at the local cafes which serve amazing desserts as well as mains.

So, which route will you take to Dalhousie?