The Directorate General of Civil Aviation (DGCA) has said that passengers who flew in or out of Delhi after July 7 can get refunds for their airport development fee, after the fees were slashed as per a government order. Passengers have up to 45 or 60 days to request their refunds. 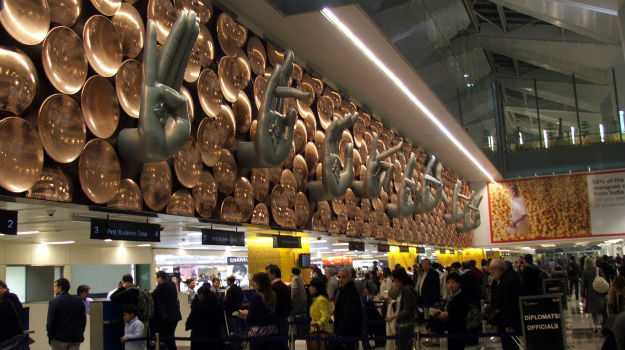 Delhi’s Indira Gandhi International (IGI) airport, the busiest one in India right now based on passenger traffic, has slashed its airport development fee. Until July 7, airlines had to include an airport development fee or user development fee of INR 587 to INR 1,335 with their flight ticket if they operated at IGI airport. With this cut, the fee has been reduced to INR 10 for domestic and INR 45 for international flight passengers. ALSO READ: Mumbai and Delhi International Airports rank best in the world in the 25-40 mn category
Also Read - We Have Named Her 'Priyanka Twitter Vadra': UP Deputy CM's Jibe at Congress Leader

The fee cut is effective from July 7, 2017, and the Directorate General of Civil Aviation (DGCA) has said that those who flew in or out of IGI airport after this date can seek a refund from their respective airline for the airport development fee that was charged. Domestic passengers who are eligible for the refund have 45 days after their flight to get their refund. International passengers get 60 days. If you do not claim the refund by then, the excess amount will go back to the airport. Also Read - Soon After CM Kejriwal's Warning, Delhi Govt Files an FIR Against Private Hospital For Allegedly Violating COVID-19 Norms

If you booked your ticket on July 7 or before the date for a future flight, domestic or international, your airline should refund the amount that you paid automatically, so you do not have to file a refund request yourself. The price cut came after a government order to reduce the airport tariff by 89 percent. As a domestic passenger who flew out from Delhi, you could get back around INR 235 to INR 480, depending on the distance traveled. And if you flew in at the airport, you could get INR 207 to INR 415. Also Read - 11 Tremors in 3 Months Not Enough? Major Earthquake Likely to Hit Delhi-NCR Soon, Experts Predict Severe Destruction

International passengers who flew out from Delhi will get a refund of around INR 520 to INR 1,086, while passengers coming in from abroad at the airport will get INR 462 to INR 933. With the new tariff structure, you will no longer have to pay the user development if you are arriving at Delhi airport, whether on a domestic or international flight. This should make it much easier to travel to and from Delhi, a major connecting point to other Indian destinations. NOW READ: Delhi: From imperial city to capital of free India