The month long exhibition is called Unbroken Thread: Banarasi Brocade Saris at Home and in the and will be hosted in Delhi NCR 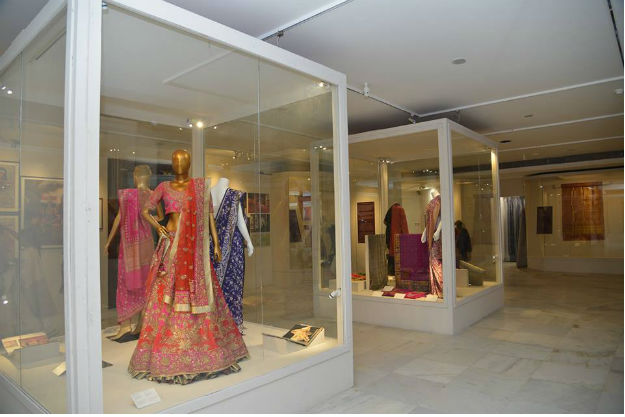 Wedding sarees in mauve, white and classic red purchased in Madras, Bangalore and Calcutta some three decades ago feature in a special showcase here of the famed Banarasi brocade textile, which is counted among the finest in the subcontinent’s hand weaving skills. Also Read - Lockdown 4.0: Noida's Biggest Commercial Hub, Sector 18, to Open Shops From Thursday

The three sarees are among items that have been loaned by individuals to the National Museum for its recently opened month-long exhibition ‘Unbroken Thread: Banarasi Brocade Saris at Home and in the World.” Also Read - Trending News Today April 27, 2020: Nearly 1 Lakh Litres Of Fresh Beer in Maharashtra To Be Poured Down the Drains, Here's Why

Over 100 exhibits from the Museum’s textile collection and objects representing the contemporary interpretations of the Banarasi Sari from private lenders have been put on display in the show curated by Abeer Gupta, Suchitra Balasubramanyam and Anamika Pathak. Also Read - Earthquake With Magnitude 2.7 Hits Delhi Yet Again, Tremors Felt Across NCR

“The weaves of Banaras are the only surviving textiles in the world, where the skills of the weavers create handlooms which are a true statement of the bespoke garment,” says Ritu Kumar.

“These weaves and textiles are the most haute couture of all. Banaras weaves are almost like a monument worth preserving, like no other in the world,” says the designer whose creations on display include a traditional pink brocade sari, choli with gold churidars and lehanga- choli.

Banaras an established ancient cotton weaving centre began to be known for its silk brocade weaving in the 17th century with the arrival of brocade weavers from Gujarat who migrated to Banaras.

The Banarasi sari is known for its fine detailing and naturalistic representation of human, animal and floral forms which were earlier achieved using the medieval ‘naksha’ technology. Since the 20th century, weavers have adapted the jacquard technology for sari weaving.

For over a century the Banaras brocades have been showcased overseas. At London’s Great Exhibition (1851), at the Textile and Ornamental Arts of India in New York (1955) and at the Festivals of India abroad.

Internationally designers have been inspired by the form and aesthetics of the brocaded sari and adapted into western
silhouettes.

A photograph of Oscar-winning actress and playwright Ruth Gordon wearing American courtier Mainbocher, one of the first
western designer to re-envision the sari into fashionable gowns featured in the July 1947 issue of the US Vogue magazine
has been incorporated in the ongoing exhibition.