Do You Know About India’s Floating Post Office And Where Its Located?

Standing on a huge houseboat, the post office also includes a philately museum and a shop that sells postage stamps among other things. 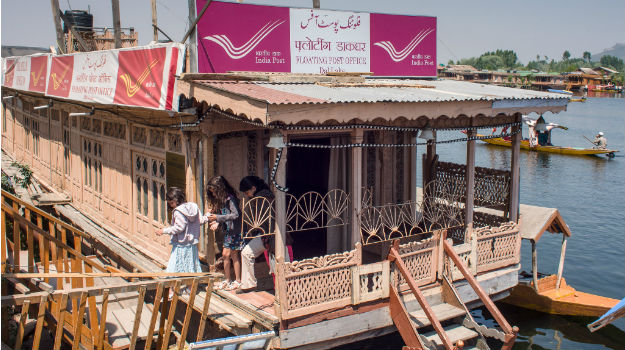 The fact that India has the largest number of post offices in the world is very well-known. But did you know that there is a floating post office in India too?Also Read - Stay Vigilant While Travelling to Canada: India To Students Amid Rising Hate Crimes

Srinagar in Jammu and Kashmir is one of the most popular and beautiful destinations in India. It is famous among tourists and has several attractions. One of its major attractions is the Dal Lake which is known for its natural beauty, its location between mountains, and its lovely weather and ambiance. But another jewel to its crown is India’s first floating post office! Also Read - India At UNSC Calls For Impartiality In Sanctioning Terrorists After China Blocks Proposal To Blacklist Sajid Mir

The floating post office was inaugurated by former Chief Minister Omar Abdullah in August 2011. Since then, it has been attracting tourists from all across the country. While it is a boon to the state’s tourism, the post office is also looked at as a tribute to the beautiful Dal lake. Standing on a huge houseboat, the post office also includes a philately museum and a shop that sells postage stamps among other things. These include picture postcards, greeting cards, local souvenir items, stationery and several books on Kashmir. Other services at the post office allow tourists to call and email their friends all across the world. Also Read - 'Matter Of Profound Concern': India at UNSC Strongly Calls For Immediate Cessation Of All Hostilities In Ukraine

Another special feature of this post office is that the letters that are posted here carry a special design with pictures of scintillating landscapes of the Dal Lake and other Srinagar attractions. The museum in the post office showcases its history and several fascinating postage stamps.

The Dal Lake, which is known as one of the most beautiful lakes in India, conjures images of beautiful shikaras and houseboats floating against the backdrop of snow-clad mountains. This lovely floating post office just adds more to its gorgeousness!