Did You Know These Amazing Facts About Brihadeeswarar Temple?

Here is a list of amazing facts about this 1000 years old temple which is among the most visited tourist attractions in Tamil Nadu. 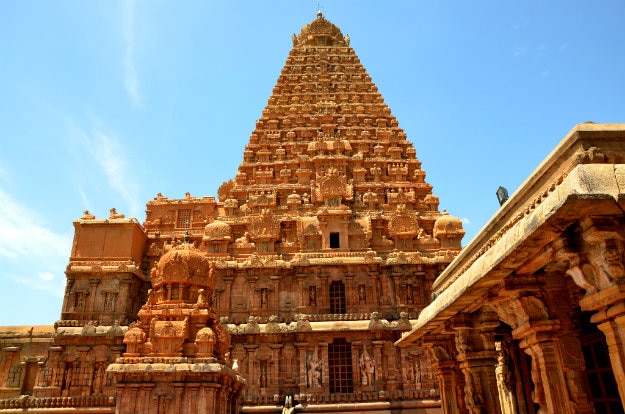 Thanjavur, the center of architecture art and religion of South India is also home to the grand Brihadeeswarar Temple. The temple, which is also called as Brihadeshwara Temple and RajaRajeswara Temple Rajarajeswaram, is among the largest temples of the country. The Brihadeeswarar temple along with Airavatesvara temple and Gangaikonda Cholapuram is known as the Great Living Chola Temple and is part of the UNESCO World Heritage Site.Also Read - Maintain Strict Watch, Take Pre-Emptive Action To Control COVID: Centre Writes to 5 States Amid Rising Cases 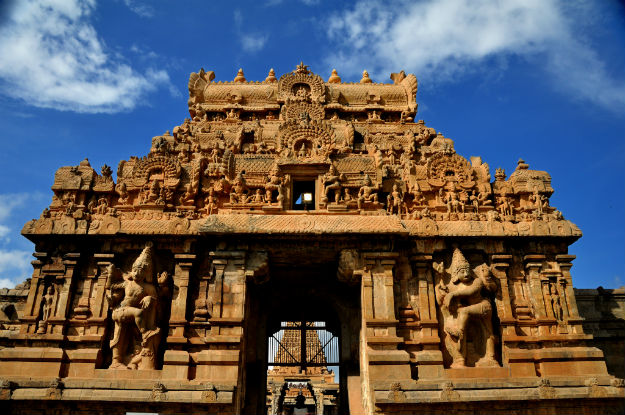 Brihadeeswarar temple, which is dedicated to Shiva, was built by Raja Raja Chola I. The construction was completed in 1010 which it means that the temple is more than 1000 years old. The structure is a proof of wealth, artistic expertise and power of the Chola kingdom. According to the inscriptions present in the temple, Kunjara Mallan Raja Raja Perumthachan was the engineer and architect of this famous temple. Also Read - Tamil Nadu To Isolate International Travelers With Monkeypox Symptoms 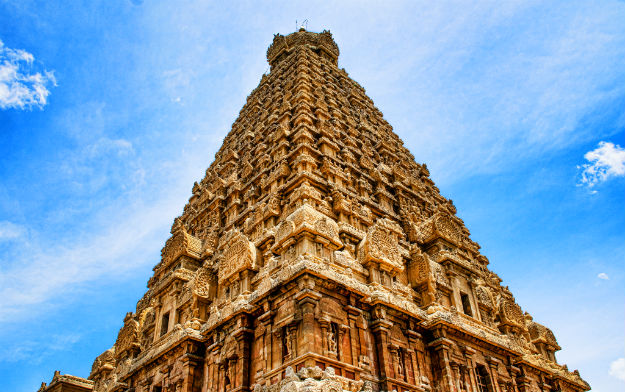 The structure is an example of Dravidian architecture and it represents the ideology of Tamil civilization and Chola Empire. The temple has the worlds tallest vimanam (temple tower) and its Kumbam (the structure on the top) weighs approximately 80 tons. The temple has a huge statue of Nandi (sacred bull) at the entrance. The statue is carved out of a single rock and weighs around 20 tons. The Lingam inside the temple is 3.7 meters tall. 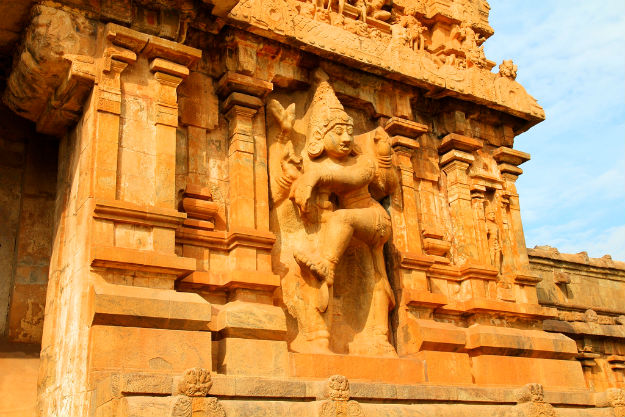 Photograph courtesy: Brad Coy/Creative CommonsBrihadeeswarar temple is one of the few temples that have Ashta-dikpaalakas (Guardians of the directions) idols. Chola frescoes adorn the wall of the temple and these frescoes depict Shiva in different poses. Brihadeeswarar temple is the first complete granite temple in the world. Around 60,000 tons of granite is said to be used to build the temple.