Did You Know These Cool Facts About The Bandra-Worli Sea Link?

Some of them will blow your mind away! 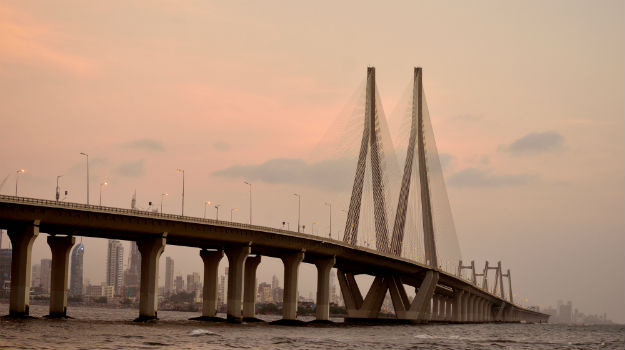 The Bandra Worli Sea Link was conceptualized in the late ’90s to be India’s first eight-lane, cable-stayed freeway over the open sea. However, it faced several Public Interest Litigations from fishermen and environmentalists who were against the construction of the sea link. Despite moving pleas to the Supreme Court which got dismissed, there were several changes in the design that led to the increase in cost of construction of this revolutionary bridge. The final costs ballooned to Rs 16.5 billion from Rs 13.06 billion,Also Read - Beat The Heat With a Visit to The Coolest Places in Maharashtra

Though the construction of the sea link started in 2000, it was completed only in 2010 after being opened to public use in 2009. The completion of the sea link was delayed by five years. It was named after Rajiv Gandhi, a former Prime Minister of India. Also Read - Here Are 10 Destinations in Maharashtra That Monsoon Fans Would Love

Seshadri Srinivas, the designer of the sea link has not only designed Mumbai’s JJ flyover, but also the Jamarat Bridge in Mecca. Yet, it took him three attempts to finalize the design for the architectural marvel, a savior for Mumbaikars. The 5.6 km bridge does, as a matter of fact reduce commutation time between Worli, and the Suburbs of Bandra from 60-90 minutes to under 10 minutes. Also Read - Mysterious Fireflies And Where You Can Find Them in Maharashtra

One of the coolest facts about Mumbai’s much-loved bridge is the fact that its weight is equal to the weight of 56,000 African Elephants put together, after all, 90,000 tons of cement was used to build this beauty. And if this isn’t too cool, how about the fact that all the steel cables put together would probably be as long as the circumference of the earth and each one of them is strong enough to hold 900 tons of weight. Over Rs 90 million is spent on illuminating the sea link.

Construction of the sea link was not only worked on by aced groups from India but groups from 11 other countries including Egypt, China, Canada, Switzerland, Britain, Hong Kong, Thailand, Singapore, Philippines, Indonesia and Serbia.

So, how many of these facts did you know about Mumbai’s Bandra-Worli sea link?