Did You Know These Interesting Facts About Amber Fort in Rajasthan?

If you plan on visiting Jaipur, you definitely need to spend a day exploring Amber Fort. 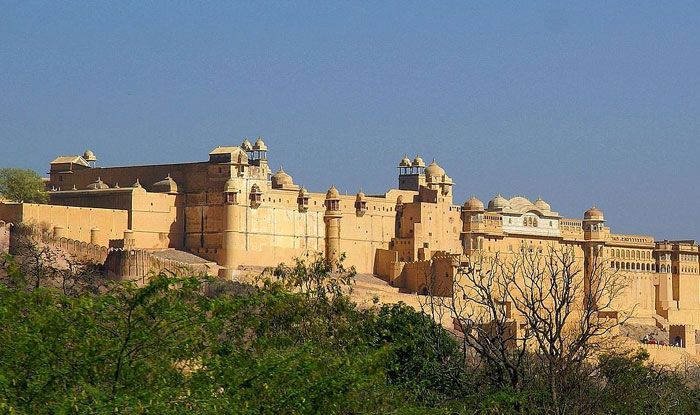 Amber Fort is a jewel of Jaipur, with its majestic, beautiful architecture and rich history. Built by the legendary Raja Man Singh sometime in the 17th century, the fort-cum-palace has held strong despite the march of invading dynasties through the centuries. The entire structure took over 100 years to be built, with succeeding emperors Raja Jai Singh I and Jaipur’s founder, Sawai Jai Singh II, taking over the construction efforts. Also Read - Fascinating Story of The Abandoned Havelis of Shekhawati in Rajasthan

The newly formed Jaipur replaced Amber as the capital of the Rajput kingdom, but Amber and its namesake fort would continue to dominate the landscape. If you plan on visiting Jaipur, you definitely need to spend a day exploring Amber and its palaces, temples and gardens, all of which survive and are still as flamboyant and majestic as they were centuries ago. And to make your visit more interesting, here are some amazing facts about the fort and palace.
Also Read - These 10 Photos of Rajasthan Will Have You Gearing up For a Visit 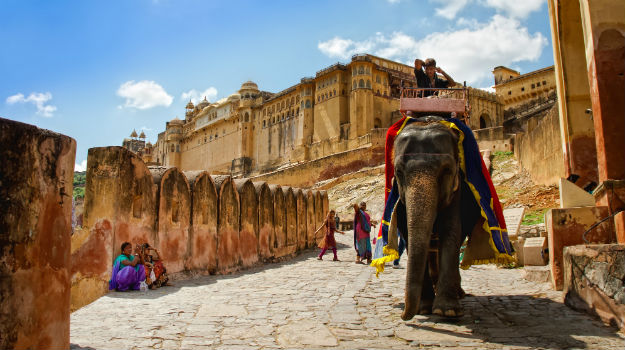 Maota Lake, which lies beside Amber Fort at the foot of a cliff, is said to contain a Lingam. According to ancient folklore, the state of Amber will come to an end when the stone is completely submerged. The lake itself is a beautiful sight, with the Kesar Kyari Bagh, a garden island, located at its center. The cliff itself consists of ramparts that reach up and along the summit.

Amber gets its name from the goddess of fertility 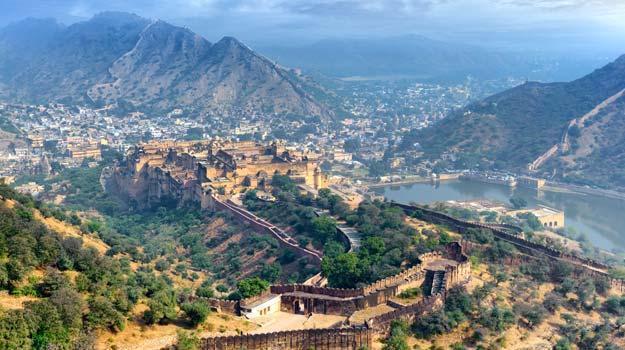 Amber Fort from above

Amber Fort gets its name from the city that it protects, which was once the capital of the Kachhawa Rajput kingdom. The capital itself gets its name from the goddess of earth and fertility, Amba Mata. Some, however, believe that Amber is a derivative of Ambikeswar, one of the many names of the Hindu god Shiva. Others say that the name Amber actually comes from the legendary ruler of Ayodhya, Ambarisha. 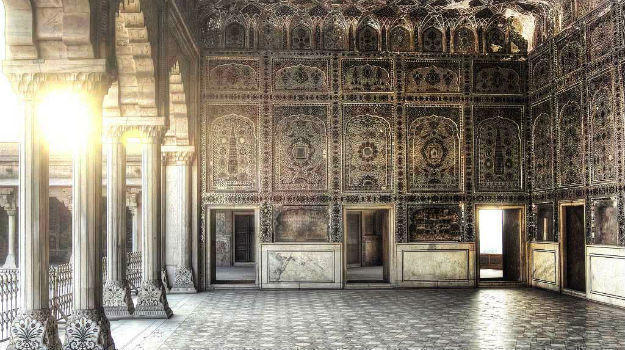 Amber Fort has several noteworthy attractions, but the Sheesh Mahal is probably its most beautiful and popular one. Its name translates to the Palace of Mirrors, named so for the thousands of mirror tiles and colored glasses that adorn its walls and ceiling. It is said that the palace’s mirrors would reflect the natural light from outside and illuminate everything inside. Even after centuries, this place is still as breathtakingly beautiful as it was before. The Hall of Mirrors in this palace, another incredible place to observe, could be illuminated entirely with just one candle.

The Sheesh Mahal has a ‘Magic flower’ fresco 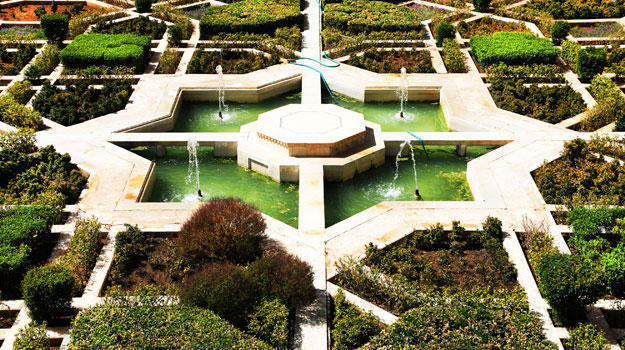 One of the many pillars at the Sheesh Mahal has a uniquely carved flower at its base that is said to show different imagery when seen from different angles. Identified by two butterflies on either side of the flower, you can see the tail of a fish, lotus, hidden cobra, lion’s tail, scorpion, elephant trunk and a cob of corn in this single carving, depending on where you look and how you look at it.

Amber has four sections, each with its own majestic gate 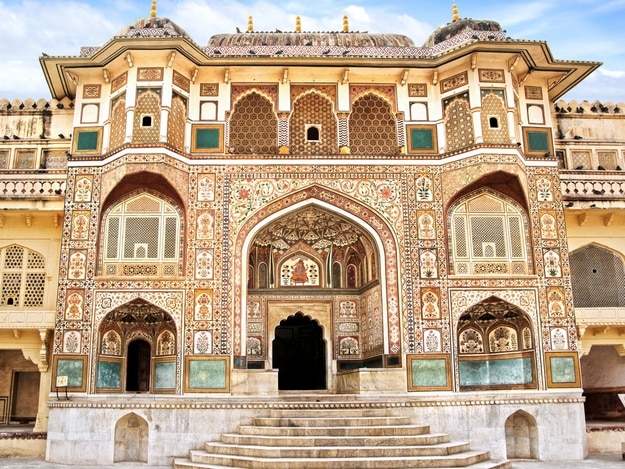 The fort has four sections in total, and you enter them through majestic gates that have their own history. The Suraj Pol takes you to the public courtyard inside the fort, where the army would march for their king. The massive gates allow elephants through, and that should ideally be how you enter the fort. Then there is the richly adorned, two-storied Ganesh Pol that takes you into the royal quarters and palaces. There are seven gates like this one in the fort, but the main gate is unique in its location and intricate artwork and architecture. This one is probably the most striking of the several gateways of Amber Fort. 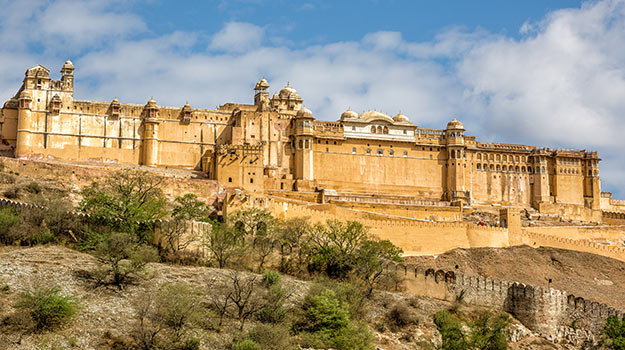 While exploring Amber Fort, do not forget to walk through the secret tunnel that once led to the nearby Jaigarh Fort. located behind the women’s quarters, the tunnel is 2 km long and can be reached through steps taking you down to the basement. There are a few torches along the way, but the tunnel is mostly dark. You can walk for around a kilometer before hitting the block that prevents you from going all the way. Imagine the princesses and women of the fort centuries ago, making their way through the tunnel in secret to escape from invaders!