Disturbing fact about the Jatinga Bird Festival of Assam

Jatinga is a small hamlet in the quiet, north eastern state of Assam. This scenic village is not only known for its rolling mountains and picturesque vistas, but also for one bizarre occurrence: t 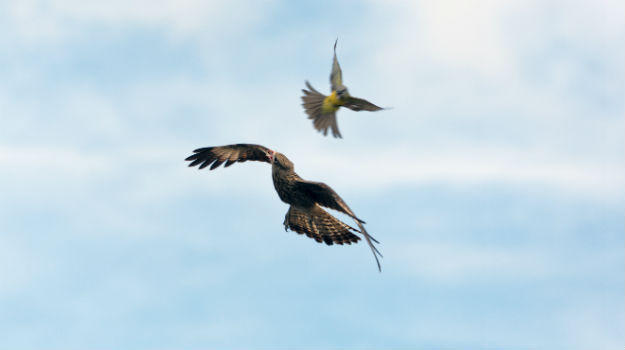 Jatinga is a small hamlet in the quiet, north eastern state of Assam. This scenic village is not only known for its rolling mountains and picturesque vistas, but also for one bizarre occurrence: the mass bird suicides during monsoons. Also Read - Spooky Happenings: Find Out Why Birds Commit Suicide at Jatinga in Assam

This strange episode of hundreds of birds plummeting to down on ground was first noted somewhere in the early 19th century. Disturbed and scared by this incident, some locals fled from the scene, selling off their lands. It so happens that, birds  mostly migratory  flying over Jatinga in the late monsoon months of September and October at dusk dramatically fall downwards, crashing straight to the ground. It is quite strange because birds are generally not suicidal and they never take a flight after dusk. After many years of observation and research, ornithologists have come to conclusion that the birds, in a disillusioned state, get attracted to street lights and fly towards them. Most times, they get hurt in this process which leads to their descend. Some birds die on the spot while others are grievously injured. Villagers, taking advantage of this, hunt these birds often to eat their meat. These birds mostly hail from North India and include species like Kingfishers, Black Bitterns, Tiger Bitterns and Pond Herons, among others. Also Read - Birds decreasing in suicide spot of Jatinga

Though the researchers have come up with a somewhat valid explanation, it is not clear as to why birds flying only over Jatinga meet with these accidents and why do they fly during the dusk in the first place. It is sad that villagers, instead of helping birds injured thus to regain strength; furthermore worsen their condition eventually killing them. And this is not it. In a bid to catch more such birds, villagers deliberately erect light poles to hunt birds during monsoon. What is most disturbing is the fact they have also made a festival out of this unfortunate phenomenon. September to November are peak months for tourists to visit Jatinga to watch this bizarre phenomenon in person.