Diwali 2016 date and significance: Why and how India celebrates Diwali!

Diwali is around the corner and here is everything you need to know about the dates and significance of the five-day festival. 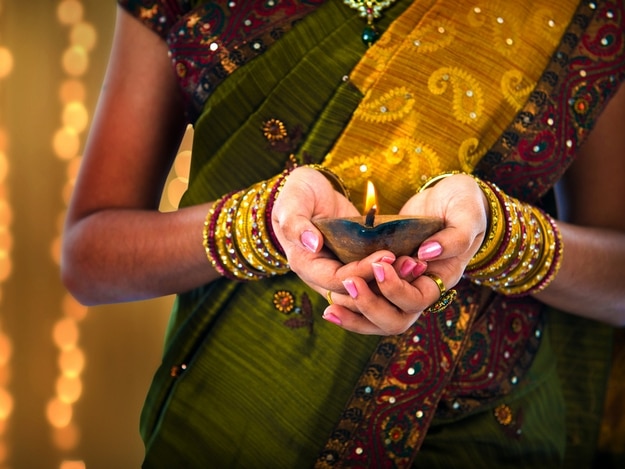 Diwali is India’s biggest and most popular festival. The word Diwali or Deepavali can be translated into English as row of lights’. Diwali is a five-day festival and celebrates the return of Rama and Sita to Ayodhya at the end of a 14-year-long exile and after defeating Ravana. The celebration of Rama’s victory over Ravana is celebrated on the day of Dussehra. Also Read - Is it Diwali, Chhath Already? Migrants Face Heartbreaking Queries from Kids About Sudden Home Visit

What is the significance of Diwali?

As with most things in India, Diwali’s origins are somewhat hazy. While earliest mentions of Diwali celebrations can be found in the Sanskrit texts including the Padma Purana and the Skanda Purana both of which were completed in the first millennium AD. While the popular beliefs suggest that the name Diwali or Deepavali can be traced back to the time of Ramayana when the entire city of Ayodhya lit oil lamps along the streets to welcome their favorite prince Rama back home after being exiled for 14 years, the Skanda Purana says that the lamps are meant to represent the sun. In any case, it is these rows of lamps that give Diwali or Deepavali its name. Also Read - Diwali Trends on Twitter as Netizens Share Memes After Modi's 'Diya Jalao to Fight Coronavirus' Request

Yet again, according to popular beliefs, Diwali celebrates the return of Rama after being in exile for 14 years and after having defeated Ravana and rescued his abducted wife. And while this is true, this event is just one of the many things that Diwali celebrates. There are several legends that are associated with Diwali. Some believe that it celebrates the marriage of Vishnu with Lakshmi. In Bengal and other parts of east India, people celebrate Kali who killed the demon Narkasura. Jains too celebrate Diwali but for a different reason. It is believed that Mahavira, the 24th tirthankara of Jainism attained nirvana on this day.

What is the significance of bursting fire crackers during Diwali?

Firecrackers herald the end of the old and the beginning of the new. The light and sound of these fire crackers also announces the victory of good over evil, the underlying reason for almost every festival in this world. One belief suggests that the sound of the fireworks is meant to make the gods in the heavens aware of the plentiful state of the earthlings. A slightly more logical reason could be that the smoke of the crackers would drive away insects and mosquitoes that breed soon after the monsoon.

What is the significance of gambling in Diwali?

The practice of gambling away money on Lakshmi Puja, the day when you are supposed to welcome the goddess of wealth and prosperity is somewhat paradoxical. But the tradition can be traced back to the legend of Parvati playing dice with Shiva, her husband and then going on to decree that whoever gambled on the night of Diwali would prosper throughout the year. And it is thus that the paradox notwithstanding, people gamble during Diwali.

What is the significance of each day of Diwali?

While the festival, like every other festival, does celebrate the victory of good over evil each day of Diwali has a special significance. Diwali celebrations typically start on Dhanteras, though in some cultures they also begin a day before on Vasubaras.

Dhanteras is the day dedicated to wealth. On Dhanteras, people buy gold and metal kitchen utensils. Gold prices on Dhanteras usually go through the roof. On this day, homes are also cleaned and readied to welcome Laxmi, the goddess of wealth and prosperity. In 2016, Dhanteras falls on October 28.

Narak Chaturdashi is the second day of Diwali. In north India, this day is called Choti Diwali. Typically, this is the day when Rangolis are drawn outside doorways and in courtyards of people’s homes. While fire crackers are burst on Dhanteras too, it is on the day of Narak Chaturdashi that the real fireworks begin. Narak Chaturdashi marks the victory of Krishna and Kali over the demon Narakasura. It is believed that the god and the goddess then freed 16,000 captive princesses on this very day. It is hence that effigies of Narakasura are burnt on this day in Goa as part of the celebrations. On the other side of the country, in Bengal, Assam and Odisha, Kali is worshipped as part of Kali Puja celebrations.

Lakshmi Puja is the third day (and generally believed to be the main day) for Diwali celebrations. This is the day when fireworks are the brightest and the loudest and rows of clay lamps light up homes and offices. It is this tradition that gives Diwali its name of Festival of Lights. Lakshmi, the goddess of wealth and prosperity is worshipped on the day of Lakshmi Puja. This is also the day when families get together and exchange sweets, play cards and gamble.

Balipratipada or Diwali Padwa is the fourth day of Diwali. Traditionally, this day marked the beginning of the new financial year for the merchants. Shopkeepers and businessmen start fresh account books for the New Year and offer prayers to the gods for a prosperous year ahead.

Bhai Dooj is the fifth and final day of Diwali. This is the day when brothers visit their respective sisters to break bread and celebrate the bond between them. This is perhaps the only auspicious day when Yama, the god of death is remembered. The legend of Bhai Dooj involves Yama visiting the home of his sister Yami and having a meal at her place. And it is to celebrate this bond that a lap is lit towards the south of the house, a direction usually associated with death all things inauspicious.