Diwali 2017 celebration in Kerala: How God’s Own Country celebrates the Festival of Lights

With Diwali 2017 fast approaching, let's have a look at how Kerala celebrates, or doesn't celebrate, the festival of lights. And how celebrations in this state is different from the rest of India. 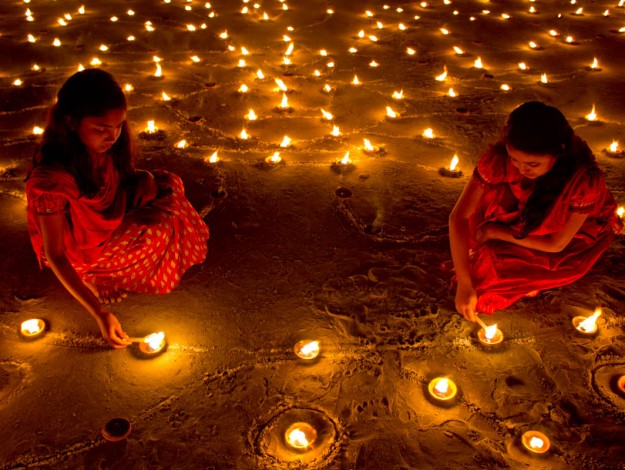 Diwali 2017 will be celebrated across India on October 19, although the preceding Dhanteras festival and Naraka Chaturdashi are also considered part of the celebrations. Diwali or Deepavali is observed for three days, during which Diyas are lit, firecrackers light up the night sky and echo through neighborhoods, and sweets and gifts are distributed everywhere. But one state celebrates Diwali a little differently: Kerala. The southern state, God’s own country, observes Diwali or Deepavali on the day that precedes the new moon during the month of Thulam in the Malayalam calendar. Although celebrated with enthusiasm by the Bengal, Tamil and other regional Hindu communities residing within Kerala, locals themselves do not celebrate Diwali as much as others. ALSO READ: Diwali 2017 Celebration in India: Heres How India Gears up For Deepavali, the Festival of Lights Also Read - Delhi Bursts Crackers to Celebrate Coronavirus Like Diwali After Misunderstanding PM's '9 Baje 9 Minute' Requests - Check Tweets

Diwali celebrates the return of Rama, an avatar of Hindu god Vishnu and protagonist of the epic Ramayana, back to his kingdom of Ayodhya after defeating Ravana. But in Kerala, Deepavali is generally seen as a festival in veneration of the goddess of prosperity, Lakshmi. Some celebrate Deepavali as festival to mark the victory of Krishna, another avatar of Vishnu, over the demon Narakasura, ending his tyrannical rule over the kingdom of Pradyoshapuram. On Deepavali, Krishna is welcomed back to his own kingdom of Dwaraka with festive lights or Deepams, which is where the festival gets its name. Also Read - Diwali Trends on Twitter as Netizens Share Memes After Modi's 'Diya Jalao to Fight Coronavirus' Request

The story of Krishna’s victory over evil is generally more accepted in Kerala than that of the Ramayana. South Indian Hindus generally see Asuras in a more positive light, as evidenced by the tale of the benevolent Asura king Mahabali, whose return every year to the mortal realm is celebrated as Onam. Krishna is generally more popular as a god than Rama in the state. Another reason for the lack of Diwali celebrations: a simple difference in seasons. Diwali is typically seen as an autumn festival just before the winter months, but Kerala doesn’t have a proper autumn season. The big state festivals of Vishu and Onam typically take place during changes in seasons. Also Read - Maharashtra Man Returns Rs 40,000 to Owner; Accepts Only Rs 7 as Bus Fare

Still, Diwali is celebrated with fanfare in certain parts of the state. Trivandrum or Thiruvananthapuram, however you want to spell the state capital, goes the whole nine yards in its Diwali celebrations. Parts of Palakkad also celebrate Diwali with pomp. This could be because of the Tamil cultural influence in these two regions; neighboring Tamil Nadu celebrates Diwali on as large a scale as the rest of India. NOW READ: Best Places to Visit near Mumbai on Diwali 2017 Long Weekend

In places where Deepavali is celebrate, the custom is to have an oil bath before sunrise followed by eating a preparation of dry ginger and jaggery, an offering for Dhanwantari, the god of Ayurveda. Dhanwantari Jayanti falls on Diwali as well. The usual customs of wearing new clothes, bursting firecrackers and decorating homes with oil lamps, are followed.