Do you know that this Indian Palace Museum featured in a Tintin comic?

The history of Tripura is filled with many theories, assumptions and myths. Though speculations abound regarding the origin of the kingdom of Tripura (and one that makes for a very a good read), w 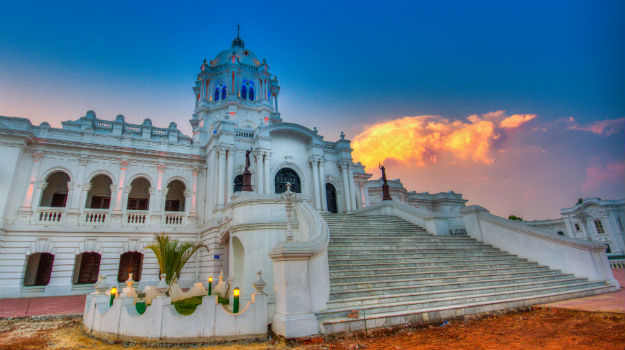 The history of Tripura is filled with many theories, assumptions and myths. Though speculations abound regarding the origin of the kingdom of Tripura (and one that makes for a very a good read), what stands out is the fact that this kingdom dates back thousands of years before the advent of Jesus Christ. This ancient kingdom did not originally exist where it is located in todays times, and the kingdom kept shifting with the shift in power of the various rulers over a period of thousands of years. Today Tripura , one of the Seven Sisters, is a melting pot of culture that bubbles along pleasantly. Agartala, the proud capital of this royal kingdom, has many treats in store for the curious traveller. However, one of the show-stoppers is undoubtedly the beautiful Ujjayanta Palace which currently houses the Tripura Government or State Museum. Rabindranath Tagore is said to have been captivated by its architectural beauty. Lets find out a bit more about this breath-taking palace thats considered a gem amongst the Seven Sisters. Also Read - 7th Pay Commission: Dearness Allowance Hiked For Govt Employees of This State With Effect From July 1 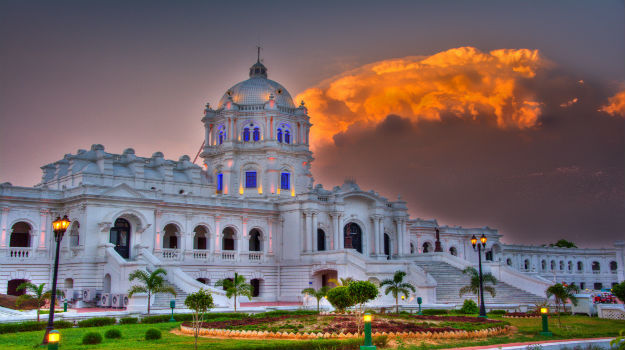 The inside of the palace never fails to turn heads! The ceiling is exquisitely carved in wood. Each and every aspect of the palace; be it the doors or the floors are all marveled upon. There are different rooms such as the throne room, the library, and various halls, all of which are captivating. 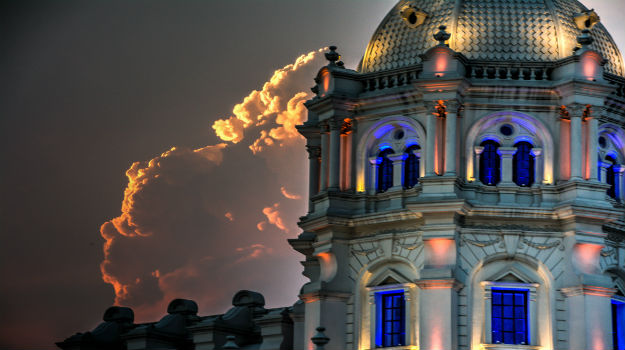 The palace is said to contain 3 large domes, the main one is of an impressive height of 86 feet. Till 2011 it was also where the Legislative Assembly conducted its meetings. It also contains vast Mughal style gardens which are spread over many hectares of land. The palace is said to contain beautiful temples of the deities that the royal family worshiped in their hay days. There are also ponds and fountains in the palace compound. At night the palace is lit up and is stunning to behold. 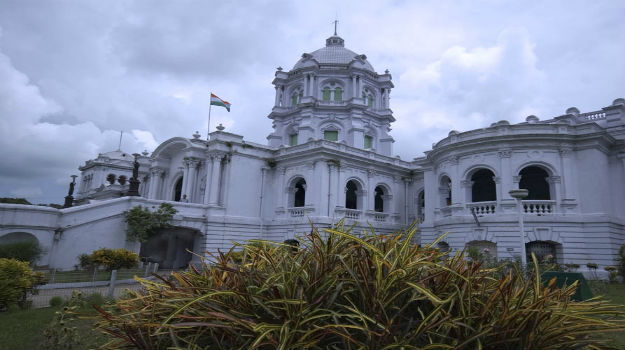 The palace is now home to the State Museum. The museum has been appreciated far and wide for showcasing the culture of Tripura. Exceptionally well-maintained, it houses many galleries such as the Painting Gallery, Archaeological Gallery, and even has sections on paintings, tribal customs, & sculptures. The renovations that took place in the recent past made sure that if an earthquake occurs; there is no damage to the palace. It is also supposedly depicted in the one of the Tintin comics! When travelling in Agartala, this museum/ palace is a known name, hence finding this place should not be an issue. The timings are between 10am- 1pm & 2pm- 5pm; Sunday is a holiday.

Places to visit in Tripura

35 reasons why a visit to North-East India is a must in every photographers bucket list!