Do you know the significance of the ten days of Onam celebrations?

Onam falls on September 14 this year but the celebrations leading to it have already begun. Here's everything you need to know about the significance of each day's celebrations. 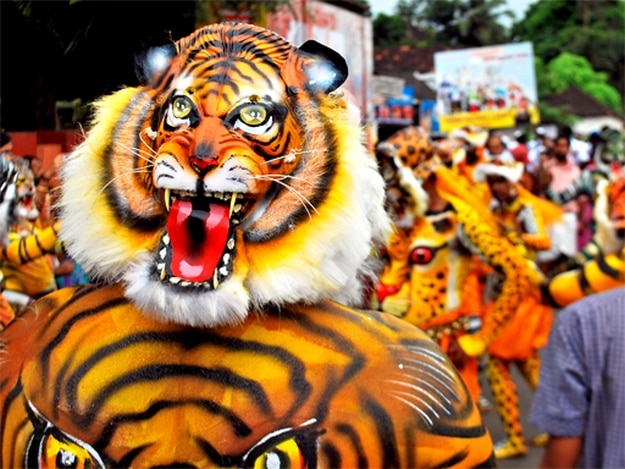 Even as you read this Kerala is gearing up for the biggest festival of the year, Onam. Indeed, Onam festivities in Kerala are even bigger and grander than Diwali, which is India’s most important festival. The origins of Onam lie in the legend of Mahabali, the king who became too powerful for his own good. By one account, Mahabali was a just and a noble king who ruled the lands that now form the state of Kerala. Also Read - Coronavirus in India: Number of Total Cases Crosses 1,45,000 | Why Situation in Kerala is Worrying

Mahabali was as powerful as he was noble and he expanded his kingdom. After conquering the entire earth and the netherworld, he set his eyes on the heavens. Needless to say, the gods grew insecure and reached out to Vishnu for help. Instead of confronting him the battlefield, Vishnu took the form of a Brahmin dwarf called Vamana and approached Mahabali who was in the midst of a fire sacrifice. Mahabali was impressed with Vamana’s wisdom and granted him a wish. The Brahmin dwarf humbly asked for just as much land as his three paces would cover, which Mahabali granted him willingly. Also Read - Chilling Murder! After Failed Attempt With Russell's Viper, Kerala Man Hires Cobra to Kill Wife; Arrested

DON’T MISS When is Onam in 2016: Why and how is Onam celebrated

It was then that Vamana revealed his true colors, grew in stature and took his first step, which covered the skies. With his second step, Vamana conquered the netherworld. Just as he was about to take his final step and destroy earth, Mahabali offered his head. Vamana stepped on it, banishing the king into the netherworld but not before granting him the permission to visit his subjects once every year. The day Mahabali returns to earth is celebrated as Onam.

But Onam festivities begin a lot before the main day. While offices in Kerala remain shut for just about four days, colleges and schools are closed for a good ten days. Here is the full list of all the Onam days and their significance:

Atham (falls on September 4 this year) is the day when Mahabali is believed to begin his preparations to return to earth and visit his people and kingdom. Traditional celebrations involve the drawing floral rangolis (also called pookalam) outside the main door of their homes. With each passing day, the pookalams receive a new layer (in all there are 10) Athachamayam, a cultural gala held each year in historical town of Thripunithura near Kochi officially marks the beginning of Onam festivities. The gala involves a procession that dates back to a time when the Maharaja of Kochi would march from Tripunithura to the Vamanamoorthy Temple in Thrikkakara, the place where Mahabali is believed to have been banished from earth.

ALSO READ 5 off-beat places in Kerala that are calling out to you!

September 5 is Chithira and this day the pookalams receive two new colors. Light yellow and orange are added to the pookalams and devotees visit local temples to seek blessings.

Day three is Chodhi, which falls on September 6 this year. This is the day when shopping for Onam begins. Gold prices reach record highs and new clothes are purchased for the festivities.

Festivities continue on Vishakham (September 7 this year) when the womenfolk go shopping for ingredients for Onasadhya, the festive vegetarian meal that is prepared especially on the occasion of Onam .

Then comes Anizham, which falls on September 8 and 9 this year. Snake boat races are flagged off all over the state and the banks of the river Pamba in the temple village of Aranmula come alive as crowds cheer the participants of a mock race that serves as a rehearsal for the main race, is held on the day after Thiru Onam.

Thriketa, which falls on September 10 this year, is the day when families and friends visit each other and exchange gifts.

September 11 is Moolam, the day when the official celebrations of the Government of Kerala begin. All of Kerala comes alive and Onam festivities are decidedly in the air.

We are now closing in on the main Onam day. September 12 this year is Pooradam. The pookalams are, by now, richer and grander than they have ever been. And on the day of Pooradam, pyramid-style clay statues or Onathappan are installed at the center of pookalams. These statues represent Mahabali and Vamana and are eventually immersed. But today is the day that Mahabali is formally invited to earth with the call of “Arpo Irro, Irro!”

Uthradom falls September 13 this year and this is the day when Mahabali is believed to arrive on earth. Those who haven’t as yet completed their shopping set out for some last-minute purchases. Uthradom is also considered to be particularly auspicious for purchasing fresh vegetables and fruits.

Thiru Onam is the main Onam day and this year it falls on September 14. This is the day that Mahabali is believed to visit the homes of his subjects. Pookalams are complete, the shopping is on full display and families get together for the Onasadya.

The day after Thiru Onam is Avvittom, which falls on September 15 this year. After hosting Mahabali for a day, Kerala readies itself to bid him goodbye. Onathappan statues are immersed in a water body and the pookalams are cleared out. Onam celebrations are almost over now.

Chatayam marks the end of Onam celebrations in Kerala. This year Chatayam falls on September 16. The festivities come to a close with processions that showcase traditional art forms. The biggest and the most prominent procession is one that is held in Thiruvananthapuram.

After Chatayam, Kerala returns to its serene and peaceful self but not before Thrissur hosts one final colorful procession called Puli Kali (pictured above) that involves bare-chested men dressed as tigers and lions in choreographed dance moves.

NOW READ What is India celebrating this September? Find out!