Do you know why Manali’s Hidimba Temple doesn’t have an idol?

The Hidimba temple is a popular stop in Manali's tourist circuit. But why would a temple not have an idol? To find out more, read this fascinating story: 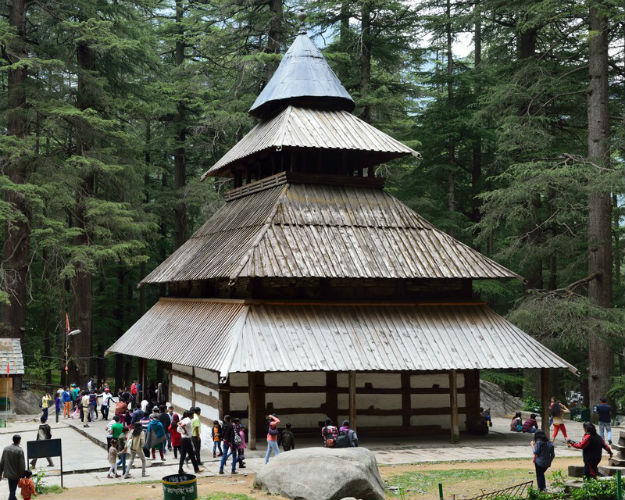 Himachal Pradesh is one of the most beautiful holiday destinations in India. It is home to the Parvati Valley, Spiti Valley, scenic villages and of course some of the most popular honeymoon destinations in India, Manali and Shimla. The hippie state of Himachal Pradesh has a lot to offer, from people who liek traveling on a shoe-string budget to those who’d not mind splurging on absolutely every aspect of their journey. Among the many things to do and places to visit in Manali (apart from of course, playing in the snow)  the Hidimba Temple, or Hadimba Temple as many refer to it, is of of the hidden treasures of the town. Also Read - Rangoli Chandel Thanks 'Corona Fellow' For Reuniting 'Maasi' Kangana Ranaut And 'Prithu', Pictures From Manali go Viral

The temple is over 500 years old and was built by the royal family of Kullu, by Maharaja Bahdur Singh in the mid 1500s. It is one of the most revered temples in the Himalayas. Though the temple is over 5 centuries old, there is no idol of the deity, in fact, there are only footprints on stone and people pay their respects and offer prayers to the stone. Also Read - Merry Christmas 2019: 5 Best Destination in India to Visit on The Occasion

Legend has it that, Hidimba lived with her brother Hidimb in the Kullu valley and though not too much is known about any other family member of theirs, it is known that they were born to a family of demons (rakshasas known as demons in Hindu mythology) Hidimb was known to be the ruler of the region along with being Hidimba’s protector. She had sworn to marry the man who’d be strong enough to kill her brother.

It is believed that when the Pandavas were traveling through the valley of Kullu, Bhima ended up crossing into Hidimb’s territory which resulted in a major battle between the two and Bhima emerged victorious. At this point, Bhima had fallen in love with Hidimba and wanted her hand in marriage. However, she declined by claiming that she couldn’t marry him until he’d kill Hidimb.

Soon after, Bhima killed Hidimb and married Hidimba. He lived with Hidimba for one year during which, they had their only son, Ghatotkacha. After the death of Hidimb, Hidimba took charge and managed the valley. However, by the time Ghatotkacha was of age to rule over the region, she moved to the woods and meditated till the end of her life.

By this time, she had won hearts of the people and soon was worshiped by the locals of the kingdom. This was the time when locals offered prayers to the stone which had her footprints on it.