Did you know why and how Durga Ashtami or Mahasthami is celebrated? 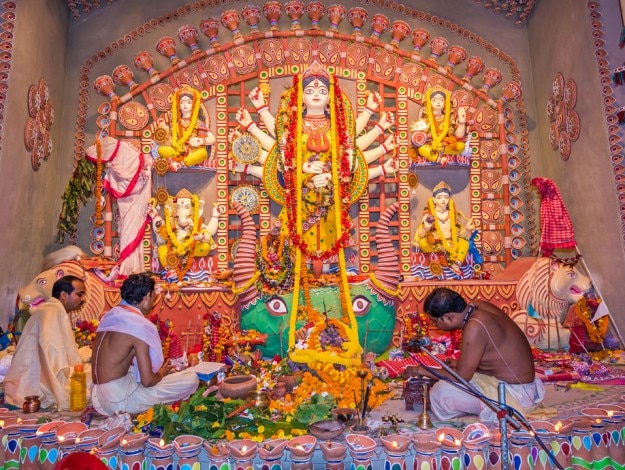 No matter what month it is, there is always a festival round the corner in India. September-October  is a great time to be in India as it is the peak of the festive season. One such festival which is celebrated with great enthusiasm around this time is the Mahashtami or Maha Durga ashtami. Durga ashtami is the eighth day of Navratri celebrations and the second day of Durga puja. It is characterized by several rituals performed by enthusiastic devotees. It is also known as ‘astra puja’ which means weapon worship. Goddess Durga’s weapons are worshiped on the day of Durga ashtami. Another name for Durga ashtami is virashtami as acts of bravery using arms of martial arts are displayed on this day. This year, Durga Ashtami falls on October 9. Also Read - Cyclone Nisarga to Make Landfall Today; Maharashtra, Gujarat on High Alert | Top Developments

The puja on begins with Mahasnan and Shodashopachar Puja. Nine little pots are installed and a ritual is performed which is believed to invoke the nine Shaktis of Durga in these pots. There are nine forms of Goddess Durga and they are all worshiped through this ritual. Another popular ritual is one in which young, unmarried girls are treated as Goddess Durga and worshipped in a ritual called Kumari puja. While most places perform the kumari puja on all nine days, those who prefer doing it on just one day choose the Mahashtami day for it. As part of the puja, the feet of these nine young ladies are washed and they are fed with sweets and showered with presents.

Another puja performed is called the sandhi puja which is performed in an auspicious time duration called the sandhi time. The sandhi time falls in the last 24 minutes of ashtami or first 24 minutes of navami. This puja is believed to be the culmination point of the Durga ashtami and therefore holds great significance. Bali or animal sacrifice is performed as a ritual during this time. Those who do not beleive in the practise of animal sacrifice perform the rituak with vegetables. Belur Math in West Bengal performs the bali or sacrifice ritual with bananas, cucumber or pumpkins. 108 earthen lamps are lit during the sandhi time as a customary ritual. 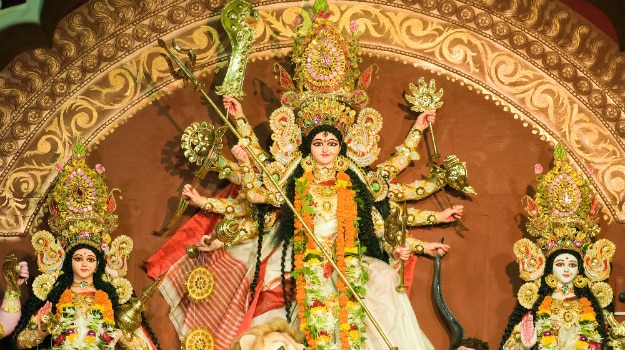 CHECK OUT Durga Puja: How and where is Durga Puja celebrated?

There is an interesting story behind the origin of Durga ashtami. It is believed in some places that this is the day when goddess Kali appeared from Durga’s forehead to annihilate Mahishasura’s demons Chanda, Munda and Rakthabija. So, on this day, the ashta nayikas or Durga’s eight consorts are worshiped along with the 64 yoginis. The consorts are considered to be the eight forms or incarnations of shakti or power together forming the Divine Feminine. The eight nayikas are Brahmani, Maheswari, Kameswari, Vaishnavi, Varahi, Narasinghi, Indrani and Chamunda. 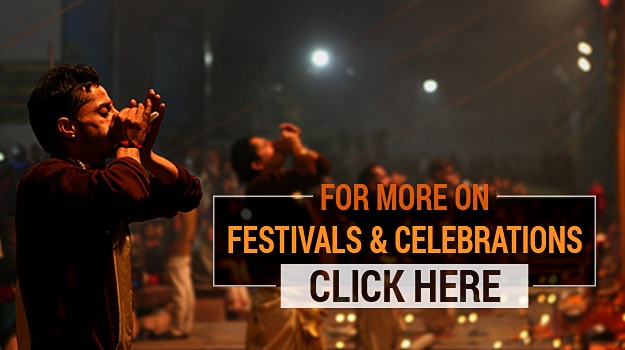