Earth Hour 2016: 10 photos of how various countries showed their support

These countries switched off the lights of their iconic monuments for Earth Hour on March 19. 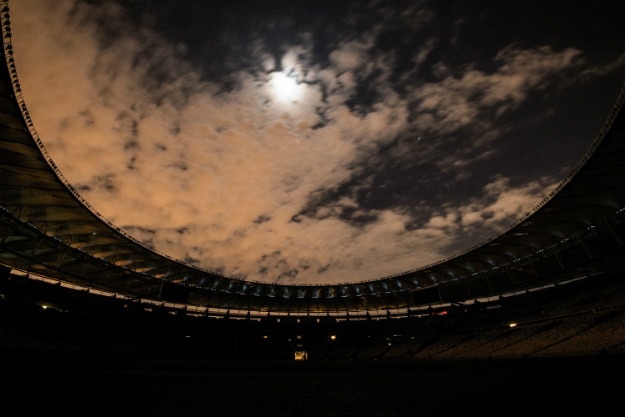 Earth Hour, an initiative by World Wide Fund for Nature (WWF), is a movement to protect the planet and do our bit to prevent climate change. More than 7,000 cities in the world take part in it every year by switching off their lights for one hour. This year, Earth Hour was on March 19 from 8.30 to 9.30 pm. Various countries became a part of it by switching off their lights for doing their bit to ensure a sustainable world. Prominent monuments that are usually always lit were in complete darkness to show their support for this campaign. From Paris’s Eiffel Tower  to London’s Big Ben, the world celebrated Earth Hour with much gusto. We take a look at some of these prominent landmarks in various cities of the world. Also Read - Unlock Phase I in Rajasthan: Hotels, Restaurant, Clubs And Shopping Malls to Reopen From Monday | Details Here

The iconic @SydOperaHouse going dark for #EarthHour 2016! What are you doing this year to #ChangeClimateChange? pic.twitter.com/Lv7rVMbUNu Also Read - We Have Named Her 'Priyanka Twitter Vadra': UP Deputy CM's Jibe at Congress Leader

Thank you for showing your support for #EarthHour South Africa! Such a wonderful sight in Cape Town 🙂 pic.twitter.com/2jxPwwXUqx  Earth Hour (@earthhour) March 19, 2016

And the lights go off at the Royal Palace of Madrid! Happy #EarthHour 🙂 #ChangeClimateChange
© WWF Spain pic.twitter.com/hYyDURZvYq

Merci France for switching off the lights on the Eiffel Tower to shine a light on #ClimateAction! pic.twitter.com/xIB91rQXv7  Earth Hour (@earthhour) March 19, 2016

A shoutout to Italy for supporting #EarthHour 2016 and shining a light on sustainable and Fair-trade food 🙂 pic.twitter.com/VJlTQhHxmd  Earth Hour (@earthhour) March 20, 2016

Thank you United States for supporting #EarthHour 2016 and helping to shine a light on climate action pic.twitter.com/QjXkGdfYnT

Did you celebrate Earth Hour? Share your photos at travel@corp.india.com