Super moon, blue moon, blood moon, lunar eclipse: tonight is going to be all of these things. 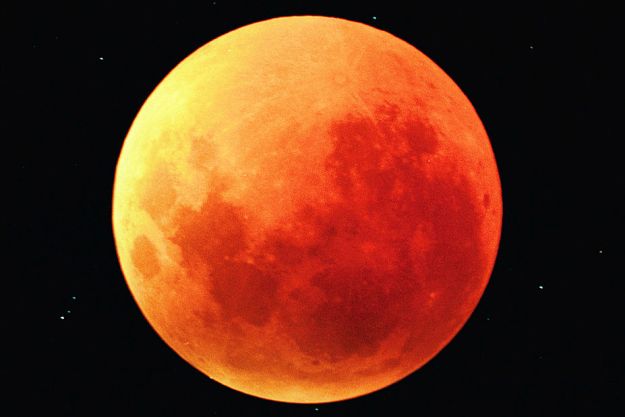 You might have heard of this little thing happening tonight on January 31, 2018. It’s called a lunar eclipse or a blood moon. No, wait! It’s actually a blue moon or a second full moon in a single month. Or is it a super moon, when the moon is closest to the Earth? Actually, it is all three rolled into one, a celestial event that is happening for the first time since 1866. Naturally, you don’t want to miss out on this.Also Read - Vice President M Venkaiah Naidu Tests COVID-19 Positive For Second Time

Unfortunately, India lies outside the zone where the full eclipse will be visible. Most of the eclipse action will happen while the moon is firmly below the horizon, though you may catch some of the eclipse at moonrise. To get the best view here, you have to be at a place where you can get an unobstructed view of the horizon towards the east, from where the moon will rise. Check with your local planetariums for planned sky observations, like the Nehru Planetarium in Mumbai and the Kerala Science and Technology Museum in Trivandrum. Space India has also arranged group observations for free at Elliot Beach in Chennai and India Gate in New Delhi. Also Read - LIVE IND vs SA 3rd ODI Score: Jasprit Bumrah Removes Quinton de Kock, India Get Breakthrough; Rassie Van Der Dussen Key For Hosts

Even if you cannot catch the blood moon, this is still a once-in-150-years phenomenon. You will be able to see a supermoon and blood moon together, though astronomers are quick to point out that this isn’t a perfect super moon. The moon would have already passed its closest point by the time it rises above the horizon here in India, but it will still be larger than usual. The larger size may not be that visible through the naked eye, but it will be clearer through a telescope or a pair of binoculars. For the best view, you should also head away from the urban lights and clouds. Also Read - Shah Rukh Khan Sends Handwritten Note and Signed Pictures To Egyptian Fan For Helping an India

The total eclipse tonight will begin at 6:21 pm, with the moon turning copper red as it rises above the horizon. The maximum eclipse will happen at 6:59 pm and wane off by 7:37 pm. The partial eclipse is set to happen at 8:41 pm and the penumbral at 9:38 pm. If the city lights and clouds play spoilsport, you can also catch a live-stream online. NOW READ: Super Blue Blood Moon in India on Jan 31: Where to Witness the Spectacle

Enjoy the super blue blood moon while you can; this will be the last one for a long, long time. It will also be the last full moon for a month; there won’t be one in February. Instead, you’ll get two full moons once again in March 2018, with a blue moon happening on 31 March.