Everything you need to know about Nagaland’s Hornbill Festival

Cause you really need to book your tickets to Kohima now! 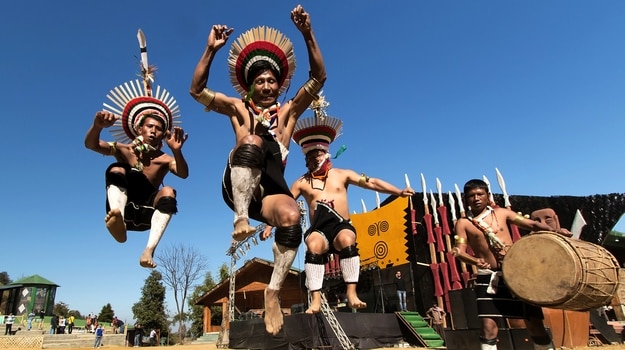 All roads in the north east will lead to Kohima next week as Nagaland’s Hornbill Festival begins on December 1. The festival will be on till December 10. Hornbill is known as the ‘Festival of Festivals’ in Nagaland and is considered sacred by the people of the state. Inagurated in 2000, by the Government of Nagaland to encourage and promote interaction between tribes, the Hornbill Festival has gone from strength to strength with each passing year. Hornbill is head in the Naga Heritage Village in Kisama, some 12 km north of Kohima, the capital of Nagaland. In the course of the ten days, tribes from all over the state showcase their unique cultures through music and dance performances. The cultural differences are also reflected in the cuisines and the costumes that are out in full display for the duration of the festival.

Admired for their rich repertory of folk songs and dance, the people of the state defy modernity for the week during which the festival is held. Named after the bird that that isn’t just admired and respected in the state but also finds mention in the tribal folklore, Hornbill also has food fairs, craft exhibitions, sports competitions and local games. Also on display are traditional paintings, carvings and sculptures made by the tribes. 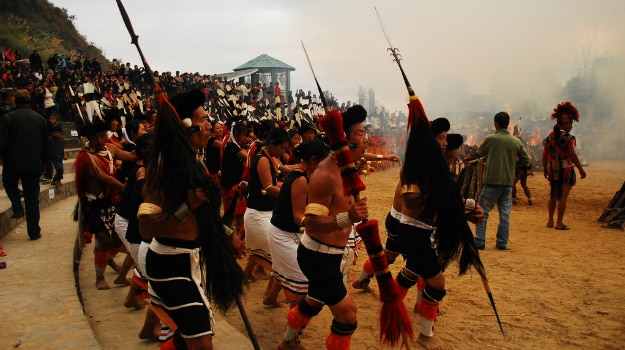 While Hornbill Festival brings together the best of the state culture and also boasts of an outstanding fashion show that could put some of the professionally organised ones to shame, a beauty contest, wrestling competitions, an archery championship and even a chilli eating competition, the highlight of the festival is the Hornbill International Rock Festival. Held at the Indira Gandhi Stadium, the rock festival showcases both local and international bands. Smokie the British band, Slain from Bengaluru and Jester from Delhi are some of the bands that have performed at Hornbill in the past.

Several celebrities including Prime Minister Narendra Modi have participated in the festival. If that isn’t enough to convince you to go to Hornbill, we really don’t know what will!