The Bali volcano eruption piqued our interest in other active volcanoes around the world, and there is one right here in India: Barren Island. 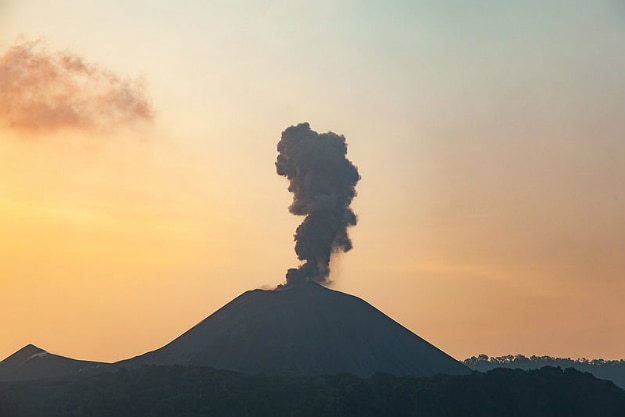 Just recently, flights reported resumed from Bali’s international airport, after three days of closure because Mount Agung, an active volcano, erupted. The volcanic ash cloud ripped through the sky, raining layers of ash upon farms and homes in Bali. Nearly one lakh people were ordered to leave the area, and thousands of travelers were stranded. The Bali volcano eruption put the focus on other active volcanoes around the world, and there are plenty of them. In fact, there’s one right here in India: Barren Island. ALSO READ: 5 lesser-known islands in India to spend your vacation in peace Also Read - Cyclone Pabuk: Meteorological Department Issues Orange Alert For Andaman Islands

Located east of the Andaman Islands in the Andaman and Nicobar archipelago, Barren Island is home to a namesake volcano whose first recorded eruption was in 1787. Since then, the Barren volcano has erupted ten times. In fact, it erupted just early this year, spewing lava and ash in January. Scientists from the National Institute of Oceanography (NIO) spotted the ash plumes rising up and red lava rising at the rims during their ocean expedition. But it didn’t really ignite much tension among others, largely because the island has always been uninhabited. Also Read - Barren Island in Andaman is Home to an Active Volcano

The island’s few inhabitants, evolved to survive in the harsh conditions under the shadow of the volcano, include a small population of goats. It is said that the goats were kept there by British sailors from a steamer leaving Port Blair in 1891, in case any sailors ended up stranded in the island. The goats ended up thriving and adapting to the nearly unlivable climate of the island, and may still be seen by the coast from boats that take passengers close to the island. Also Read - Andaman Agriculture dept trying to popularise organic farming 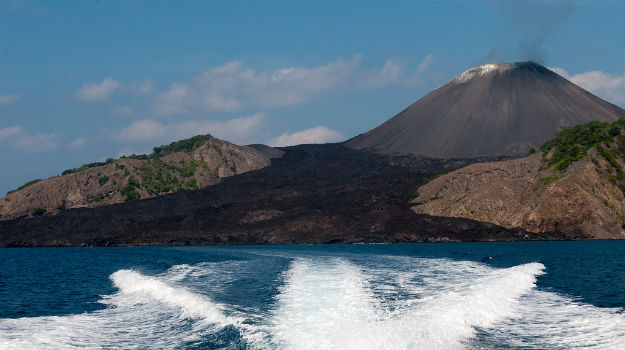 The island itself is off limits to anyone, most likely because of the incredible regularity at which the volcano erupts. You may not see massive ash clouds like the one rising out of Mount Agung, but they are visible. In the evenings, you can still spot the glimmering red glow of lava fountains spewing out of the crater.

The volcano’s frequent eruptions mean that there is hardly any vegetation here; just the barren black land formed by millennia of constant lava flow. That is where Barren Island gets its name, by the way. The oldest lava flow here dates back 1.6 million years. The volcano’s 1991 eruption wiped out many of the birds and small animals that call this desolate place home. You’ll only find a few birds, insects and small rodents here, apart from the aforementioned goats.

But while the island itself is off limits for people, the water surrounding it is a haven. The waters of Barren Island, just around 140 km northeast of Port Blair, is considered one of the best scuba diving spots in the world. The lava flows over millions of years have resulted in a uniquely beautiful underwater topography around the island. The waters are crystal clear and are inhabited by a diverse range of sea creators, from colorful coral reefs to the elegant Manta Ray. NOW READ: 8 reasons why you must visit the Andamans

You may not be able to walk on the island, but you can observe the island and volcano and, possibly, the ash and lava at its rim from the safety of a ship. There are ships that sail out regularly every week from Havelock Island to Barren Island. Plus, you can find scuba operators at Havelock that offer underwater experiences in the waters around the island. THAT is something you shouldn’t miss.