Feast of St Francis Xavier, Goa: 6 facts you must know about the saint

Paying homage to St Francis Xavier on his death anniversary 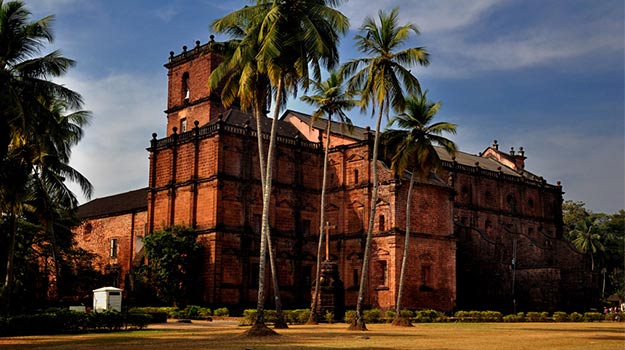 The death anniversary of St Francis Xavier falls on December 3. The Feast of St Francis Xavier is celebrated at the Basilica of Bom Jesus in old Goa each year to pay homage to the saint. The saint is popularly referred to as Goencho Saib, the god of Goa. Each year, the feast is held in order to thank the saint for blessing the Goans through the centuries. Though the Novenas are started from mid November and end by the first week of January, the most grand affair can be witnessed today.Also Read - Election Commission’s Ban On Rallies Extended Till January 31 With Relaxations For Phase 1 And 2

So here are a few facts you must know about St Francis Xavier. Also Read - Assembly Election 2022: Here's How One Can Download Digital Voter ID Card on Phone | Step-by-step Guide Here

1. The saint was born in Javier, present day Spain in early 16th century

St Francis Xavier was born to a well-off family, his father was a lawyer and his mother an heiress of two noble Navarrese families. He soon left for Paris to join college, where he ended up living for around 11 years. In his formative years, he was an athlete along with be a student of theology. Also Read - Goa Election 2022 | CM Pramod Sawant To Contest From Sanquelim, Deputy CM Manohar Ajgaonkar From Margao: BJP

2. He traveled for over 13 months from Lisbon before he finally reached Goa

His missionary work ensured traveling across the globe. The Society of Jesus was established by the saint and a bunch of Jesuits. In facts, he was also the the first Jesuit missionary. Soon, he left Rome, raveled through Lisbon and several parts of Asia before he reached Goa. He lived and preached in several parts of south India.

3. Though he died in China, his body was brought to Goa

He was traveling through various countries in Aisa including Japan, when he intended to visit China. He stayed at the Shangchuan Island near mainland China for a while with a Jesuit student. While waiting for a boat that would take him to China, he passed away because of after suffering from a case of severe fever. Though it was buried initially, the body was dug up, and then shipped to Goa. There is a church dedicated to St Francis on the island and missionaries visit the open grave to this day, in order t0 pay homage to the saint. 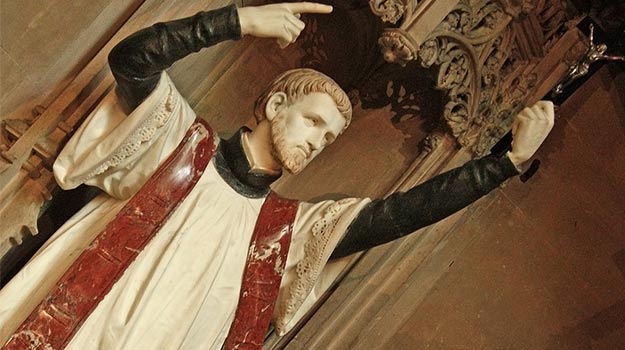 4. The body is kept in a silver casket that has episodes from the saint’s life engraved on it

After it was brought to Goa, the body was placed in a silver casket and several anecdotes from the saint’s journey were engraved on it. Episodes from the time when the saint curing unwell and ailing people are mentioned on  the casket which is at the Basilica of Bom Jesus (built in 19605) in old Goa.

5. The next decennial exposition of the saint’s body will be in 2024

Until 1994, the glass casket was kept for public display, as the body of the saint was not decaying. The first exposition was held in the 18th century about 200 years after the saints death. And after yet another couple of centuries, the condition of the body started deteriorating. Since 1994, the body is brought down only once in 10 years for displaying it to the public. Otherwise, people who visit the Basilica can only see the casket, but not the body.

6. The right forearm of the saint is in Rome, Italy

The right arm of St Francis was detached by Superior General of the Society of Jesus in the 17th century. The saint used his right arm to bless and baptize people. It is now kept in a silver case in Il Gesù, Rome. It is also said that bones of the saint’s other arm were taken to Macau and more recently in a Sacred Art Museum at Macau.

How many of these facts did you know? Write to us and share some more interesting facts about St Francis Xavier and the Basilica of Bom Jesus!