Sikkim, which is right now connected to the rest of India only by road, is now finally getting its airport, five years late but ready for operation. 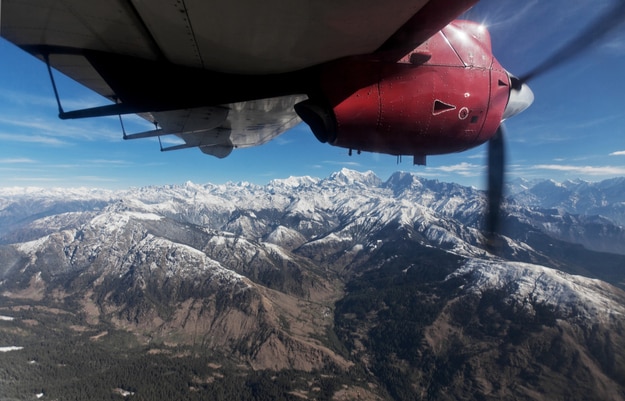 The Himalayas under the wing of the airplane in Nepal

The snowy, mountainous state of Sikkim in India has no train lines. India’s railway network, the largest in the world, is no match for the treacherous Himalayan mountains. So for all these decades, the only link between Sikkim and nearby West Bengal has been the lone National Highway 10. Traffic jams and, more recently, Gorkhaland protests in Darjeeling have made road journeys to and from Sikkim a nightmare at times. And that’s unfortunate, considering the immense beauty that this young state has to offer. But fret not, because a new airport is going to start operations soon: Sikkim’s very own Pakyong Airport. ALSO READ: 14 photos of Sikkim so stunning that youll want to go there this summer! Also Read - Sikkim Police Offers 'Free Ride Scheme' For Women Travelling Alone at Night

The airport is finally up and ready to start operations, and the inauguration is expected to happen on November 30, 2017. This is Sikkim’s first ever public airbase, naturally, and it comes five years late. The original plan was to have the airport ready in 2012. But as they say, better late than never. Prime Minister Narendra Modi has been requested to come for the inauguration, considering the momentous occasion that this is. But it is not yet confirmed if he will make it. Also Read - Bypolls: Counting of Votes For 51 Assembly, 2 Lok Sabha Seats in 18 States on October 24

The new Pakyong Airport, named after the village where it is located, is spread across 990 acres of land and lies around 35 km from Gangtok, Sikkim’s populous capital city. Importantly, it is the first ever greenfield airport in Northeast India. It is also one of India’s five highest-altitude airports, located at a height of 1,399 m or 4,590 feet. NOW READ: 6 breathtakingly beautiful monasteries in Sikkim! Also Read - Moderate Turnout in Bypolls to 51 Assembly And 2 Lok Sabha Seats

The airport was approved 11 years ago, but litigation over land acquisition delayed the whole project. But at long last it is ready, and the Airports Authority of India has already given its go-ahead for operations to start. Once inaugurated, Pakyong Airport will make Sikkim much more accessible to thousands of travelers eagerly waiting to explore the state.