Game of Thrones season 8 is only coming in 2019, but you can still visit this ice hotel in Finland to fuel your fire until then. 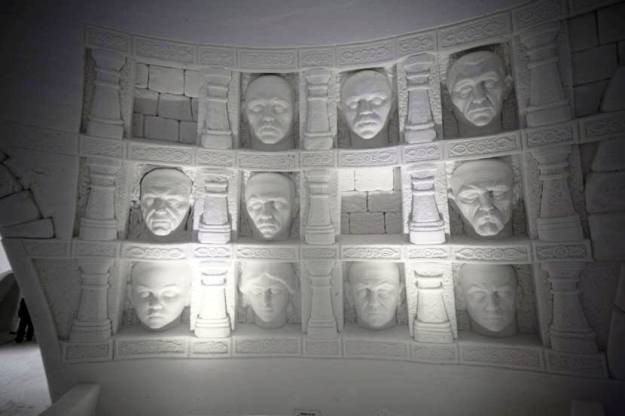 HBO has recently confirmed that the final season of Game of Thrones will not air until 2019. That is quite a bummer, even for fans of a series that only thrills its audience for a handful of weeks every year. But the brutality is to be expected in an HBO series about dragons and war and blood and magic. So until the song of ice and fire comes to an end next year, you might want to cool off in an ice hotel in Finland inspired by the fantasy series. ALSO READ: Dutch Get a Glimpse of Indias Treasures Through Virtual Reality Also Read - Game of Thrones Actor Indira Varma Aka Ellaria Sand Confirms She Has Coronavirus- Check Her Post

The Lapland Hotels SnowVillage in Finland is an ice hotel designed for the GoT fan, and there’s really no better time to visit this hotel than now, what with the long winter and all. The Northern Lights dancing above you and the freezing temperatures will remind you of Westeros, minus the white walkers and the wights and the Night King and his resurrected ‘ice dragon’. You could also visit other real-life locations that stood in for famous places in fictional Westeros, but nothing says ‘winter is here’ better than an ice hotel. Also Read - Game of Thrones Actor Kristofer Hivju Aka Tormund Giantsbane Has Coronavirus, Read His Long Post

The ice hotel has, in fact, been designed with the help of HBO Nordic. Ice sculptors and designers worked for over a month to create the tribute of snow and ice to the Seven Kingdoms of the Game of Thrones universe. The hotel itself is already pretty famous. It is redesigned every year, and lies around 200 km above the Arctic Circle. Spread across around 65,000 square feet, the hotel has 10 suites and 14 rooms, along with a slide, bar and a restaurant, along with plenty of ice sculpture and an ice chapel because, well, why not. Also Read - "Priyanka Chopra is The Biggest Thing in India," Says Sister-in-Law Sophie Turner

GoT fans will enjoy spotting all the references to the world created by George R.R. Martin, including the Hall of Faces, dragon glass shards, the Iron Throne (made of ice, of course), and a direwolf sculpture, which is something you’d appreciate given that direwolves have been absent from the show for a criminally long time. Oh, and there’s a white walker too, looking over the bedroom in some rooms to look as guests sleep through the long night. NOW READ:  Public Holidays and Long Weekends in January 2018 to Plan Your Getaways This Month

Thankfully, you don’t have to book a room in the Lapland Hotels SnowVillage to get to see its many sights. Spending a night here is naturally the best way to explore an enjoy the Game of Thrones theme, but you can explore the public spaces even without a booking. There are also guided tours through the hotel.