These forts built by the British in India stand today as a symbol of one of the most important eras of Indian history. 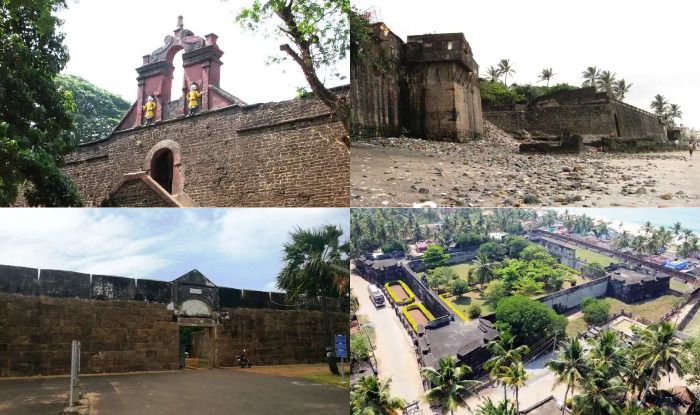 India has an incredibly rich history. It has been the seat of countless dynasties and empires, from the Mauryas to the Mughals, Kakatiyas to the Khiljis and Cholas to the Chalukyas. But the reign of the British East India Company from 1757 and the British Raj that was formed after the Indian Rebellion of 1857 were arguably the most formative and impactful times in Indian history. India’s identity today is closely tied to its history as a colony of the British Empire, and you can get a glimpse of the colonial era at the forts built by the British in India. Also Read - Natural Beauty to Religious Hotspots: 8 Perfect Weekend Getaways From Chennai 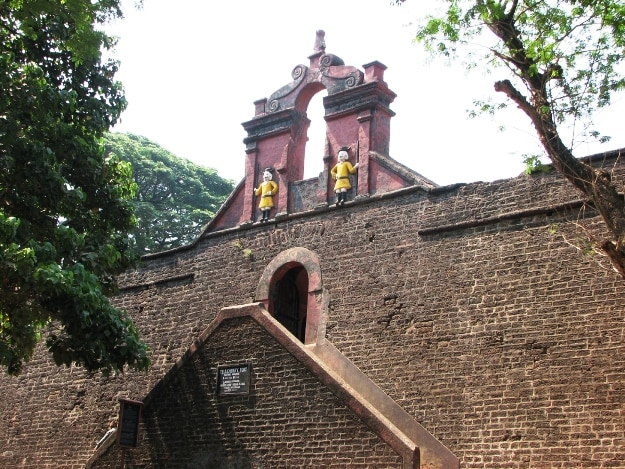 Built by the British East India Company in 1683, Thalassery Fort is a symbol of the colonial era in Kerala. It was built to protect English trade activities and property from attacks by the local chieftain, Korangoth Nair, and certain factions of the ruling Kolathiri family. Thalassery, or Tellicherry as it was called back then, was an important trading centre for spices, timber and hill products. Protected by natural water bodies and built on low-lying hills, the fort overlooks the sea and played a crucial role in the development of the Thalassery. It lies at the Northern end of the culturally rich district of Kannur, and you can find large doors with beautifully detailed carvings, imposing walls that still stand today, and even some secret tunnels that take you to the sea. Also Read - Covid Fourth Wave: BMC Commissioner Orders Mass-Testing in Mumbai Housing Societies Reporting Cases 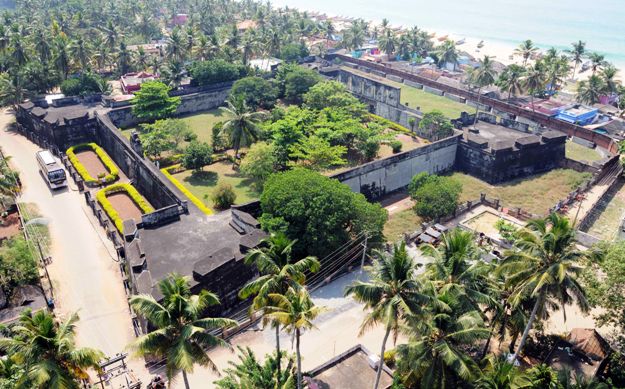 Another product of the British East India Company, Anchuthengu Fort or Anjengo Fort, as it is still called by many to this day, was built in 1696 after obtaining permission from the then-reigning Queen of Attingal. It has a very notable history, being the first permanent post for the company on the Malabar Coast. It was also the centre of the Attingal Outbreak or Anjengo Revolt in 1721, considered the first organised revolt against the British in the Malabar Coast. The square fort stands to this day as a sign of the East India Company’s earliest sign of power and India’s earliest resistance to the colonial intentions of the British Empire. Situated between the backwaters of Anchuthengu and the sea, you can also find a garden within the fort and some ancient tombstones. 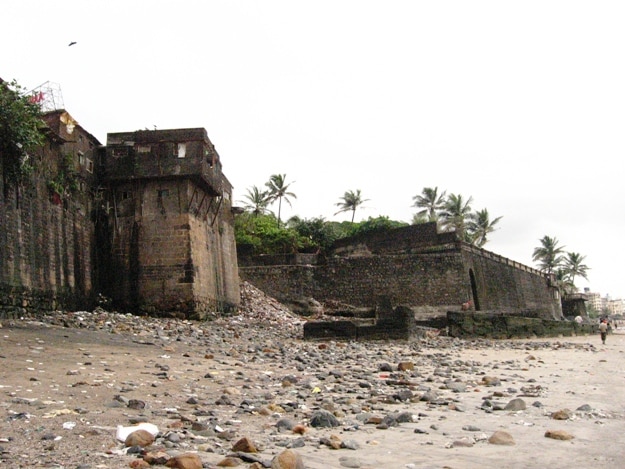 Mumbai has been eyed by many of India’s numerous dynasties and rulers, but it flourished under the British Raj, and the numerous British-era buildings that dot the city reflect this. One of the lesser visible symbols of the colonial era in the city is Mahim Fort. One a fortress that was part of the larger St. George’s Castle or Bombay Castle, Mahim Fort was built in 1669 by Gerald Aungier, a Governor of Bombay who was instrumental in bringing in traders, builders and business people from all over India to the city. Today, the fort is a victim of Mumbai’s urban decay, but still makes for a fascinating visit. It overlooks Worli, Mahim and Bandra, and lies off the Mahim Causeway that connects the suburbs to South Mumbai. 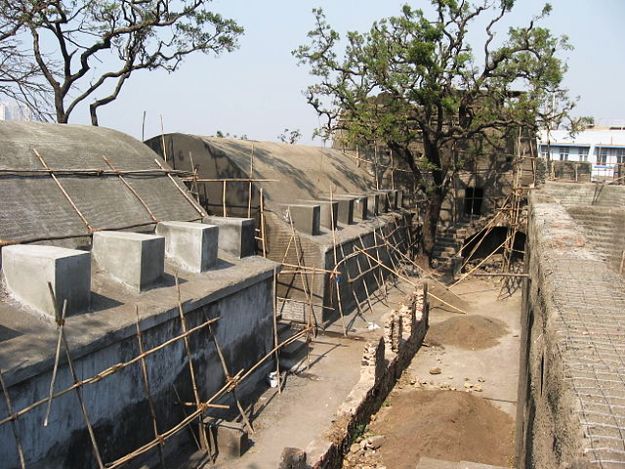 Sewri Fort was built in 1680, at a time when Mumbai was still a collection of several islands that was constantly under attack by Mughal and Siddi forces. Designed to withstand attacks by the formidable Siddi navy, Sewri Fort was built on what was then the island of Parel, on a hill that once overlooked the sea as well as the mainland. But it would be captured less than a decade later before the town of Mahim was sacked by Siddi general Yadi Sakat. It was later used as a jail, but today it stands neglected in many parts. Still, parts of the fort have been protected by the state’s department of archaeology and museums. And even though it is desolate on most days, the fort is still worth exploring and it serves as the site of the annual Flamingo Festival. 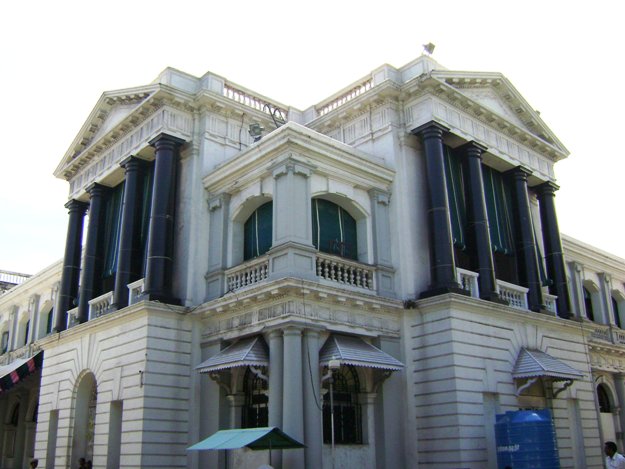 Known as White Town historically, Fort St. George in Chennai was the first fortress built by the British in India. It was built in 1644 on land called Chennirayarpattinam purchased from a Vijayanagar chieftain. Facing the sea on one side and fishing villages everywhere else, the fort became a hub of trade activities and was crucial in spreading English influence in the region. Today, the fort houses several important ministers of the state. Naturally, much of the building is out of bounds, but you can still visit the fascinating Fort Museum built in 1795 and St. Mary’s Church. The fort features several relics from famous British personnel who stayed at the fort, including letters, medals and coins. 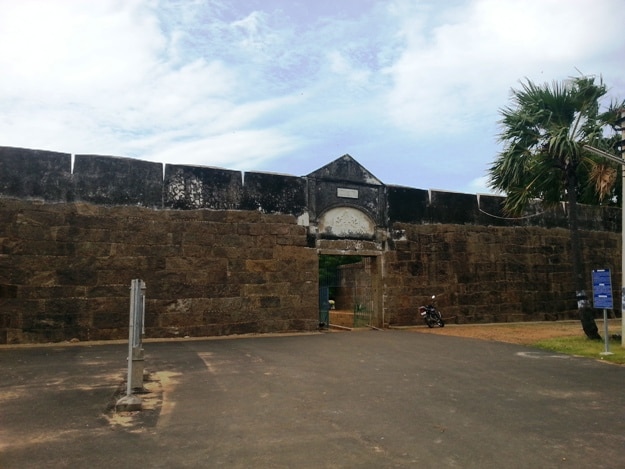 Near Kanyakumari, the southernmost point of the Indian mainland, lies Vattakottai Fort, whose name literally translates as circular fort. Built under the reign King Marthandavarma of the Travancore kingdom, Vattakottai Fort is oddly enough a rectangular construct, spread across around three and a half acres. Its granite walls rise 25-26 feet up in some parts, and part of the fort now extends to the sea, which calmly touches the blackened walls, encouraging you to go for a swim. The black sands and greenery around add to the atmosphere of the fort, which is a popular tourist spot these days. 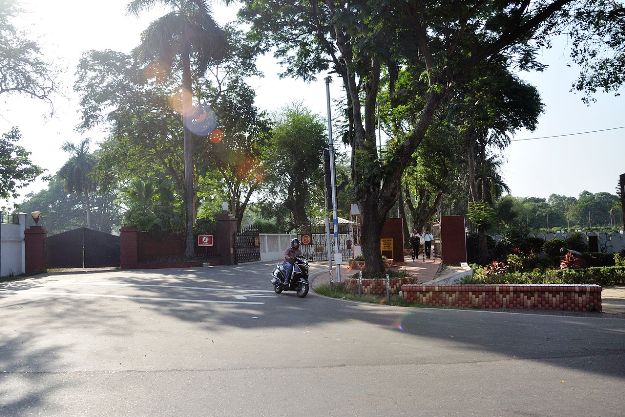 Built following the aftermath of the British East India Company’s victory at the Battle of Plassey, Fort William faces the Ganga River and is an immutable part of Kolkata’s identity. The original Fort William was actually completed way before the legendary battle in 1696, with its guard room being used at one point as the infamous Black Hole of Calcutta. After the Battle of Plassey, Major-General Robert Clive rebuilt the fort. Today’s Fort William, as we know it, is an army-maintained property that serves as the headquarters of the army’s eastern command. The octagonal fort is surrounded by a moat, and within the walls is a lush green garden. It serves as one of the most visible symbols of the British Empire’s power at its peak. Although off-limits to civilians, you can still get a glimpse of the fort from the outside.