Popular today as the Dil Chahta Hai fort, here is a closer look at one of the most iconic forts in Goa. 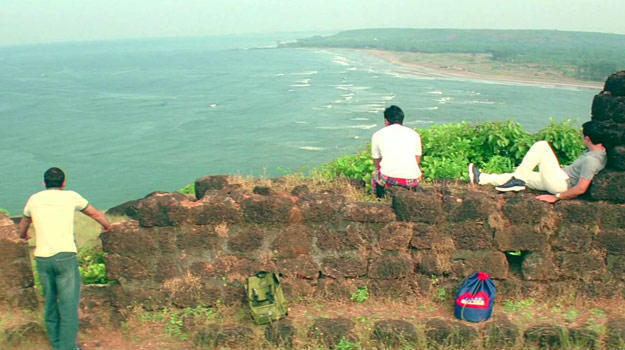 One of the most iconic images in the 2001 cult film Dil Chahta Hai shows the three protagonists staring out at the sea from the ruins of an ancient fort wall. It’s a scene that marks their arrival in Goa, an important part of their character development through the film. With that single scene, the fort cemented a place in the minds of people who imagine what Goa is like. But it has a name and an identity of its own, forged centuries ago by the Portuguese colonists that built it. This is Chapora Fort, one of the most iconic forts in Goa located at the mouth of the namesake river that cuts through the state. Also Read - Unlock 1: Goa to Follow All Relaxations Announced by Centre, No Inter-State Transport For Now

Lying around 22 km from Satarda Bridge that separates Maharashtra from Goa, Chapora Fort lies just east of the popular Vagator beach, and you can see the white sandy stretch from the fort itself. The north-facing wall is what is seen in the film, overlooking the point where the Chapora River meets the Arabian Sea, with Morjim Beach on the other side. On eastern side of the fort lies the small and cozy Chapora Beach. Chapora Fort and Vagator Beach are one of the first popular sites you encounter when you enter Goa from the north. In fact, Vagator is the northernmost beach in Bardez, North Goa. The fort lies around 10 km from the town of Mapusa, named after the river that originates right in Bardez. Also Read - Unlock 1 in Goa: Hand Sanitisers For Domestic Helps, Vigilance Team Inside Office Premises: Here's List of Guidelines For Housing Societies, Educational Institutions And Offices

Chapora Fort as it is seen today was built exactly 300 years ago, in 1717, by the Portuguese colonists who wanted to defend their terrain from the Maratha Empire. But the fort’s history can be traced even further back into the past, to the Adil Shahi dynasty. It was then known as Shahpura, built was a watch post to look out for Hindu raiders. When the dynasty fell in Goa, the Portuguese took control and rebuilt the fort, adding underground tunnels that led to safer pastures in case of a siege and strengthening the northern defences. Also Read - Question in Goa Board's Class 10 English Exam Stokes Fresh Controversy

And the fort did see plenty of sieges by the Marathas, including two by Sambhaji Bhosale, the son of the empire’s founder Chhatrapati Shivaji, in 1683. It was also attacked in 1739 during the reign of Chhatrapati Shahuji Bhosle. Towards the end of the century, the fort lost its military significance after the Portuguese shifted their colonial border. But the fort would remain with them until Goa’s independence in 1961. ALSO READ: 7 spectacularly beautiful forts of Goa! 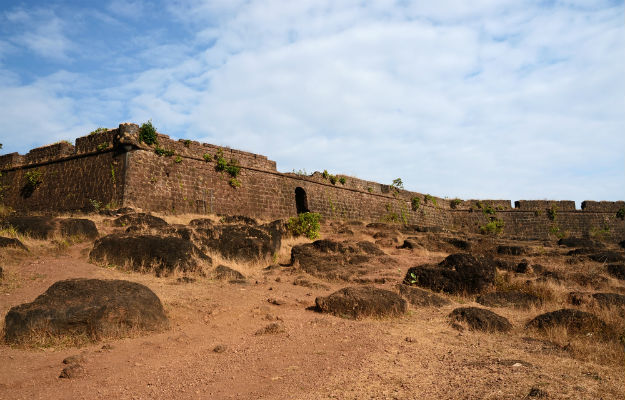 Most of the fort’s walls have survived the centuries, and you can still find ramparts over which you can walk and circle the fort. Gun ports and arrow slits can be found along the walls of Chapora Fort. The fort walls have been built along edge of the hill on which it stands, resulting in steep slopes along the outer walls on all sides. The bastions have been built with unique cylindrical turrets at irregular intervals, adding to the distinctive character of this fort.

While the walls remain intact, the rest of the fort lies in ruins. If you explore a little, you can find the heads of two tunnels that once were supply and emergency routes built by the Portuguese. The red-laterite fort is said to have been built upon an ancient Muslim structure, evidenced by the Muslim tombstones you can find scattered along the southern slopes of the hills.

You can reach the fort by road from the town of Mapusa, taking the small road that comes around 2 km before Vagator. There are several buses that frequently run along the route from Mapusa to Vagator and Anjuna, stopping near the fort.  Follow the road that stops at the base of the hill of which the fort has been built. From here, you can climb up to the fort. The trail is a little steep, and at the top you will be greeted by a rather small, narrow and deep main gate. If you are just entering Goa for the first time, take around an hour to explore the fort and enjoy the view of Anjuna and Vagator, and immerse yourself in a piece of ancient and film history. ALSO READ: Forts in Goa: Aguada Fort in Sinquerium