Forts near Nashik that perfectly capture its history

The forts near Nashik capture the region's rich history and cultural legacy.

Lying on the banks of the mighty Godavari River, Nashik boasts of an incredible history. It holds a special place in the spiritual ethos of not just Maharashtra, but the entire country. It is considered the abode of Ram during his exile; its name even stems from the tale of Shurpanakha, whose nose was cut off by Ram’s brother, Lakshman. Formerly known as Gulshanabad, Nashik’s present name was given by the Peshwa dynasty, which took over the city in 1818. It was a significant region for the empires of ancient India, notably the Marathas. Here is a look at 11 forts near Nashik that stand today as a reminder of those empires and the region’s legacy. ALSO READ: 5 easy summer treks in Maharashtra for those who dont mind the heat Also Read - Reel Life Ram Arun Govil Watches Ramayan Along With His Grandchildren, Picture Goes Viral 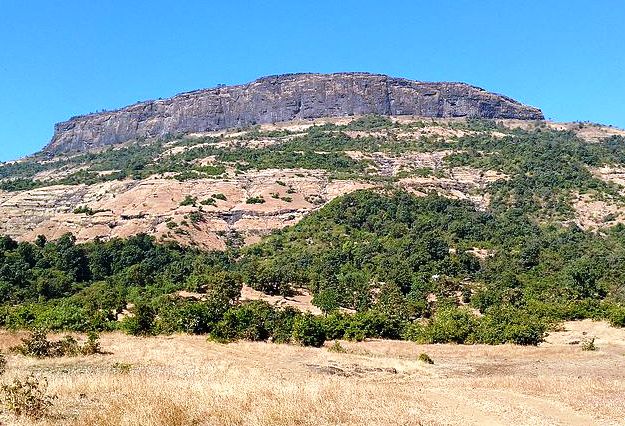 Also called Basgad Fort, Bhaskargad lies on a hill along the Trimbak range. Although the centuries have taken its toll on the fort, Bhaskargad remains an imposing sight, guarding over the Gonda pass that was once a key trade route connecting the Nashik region to the west coast. The fort was built under the Satavahanas that once ruled the Deccan. The fort’s cisterns and steps, carved out from the mountain, give us an idea of the age of this fort. Over the centuries, Bhaskargad came under the control of various dynasties, including the Yadavas, Bahamanis, Marathas and Peshwas before coming under the British. You can trek up to the fort from the village of Nirgudpada, which lies around 50 km from the city of Nashik and 20 km from Trimbakeshwar, a major pilgrimage site. Also Read - Over 19 People Killed in Massive Forest Fire in China’s Sichuan Province 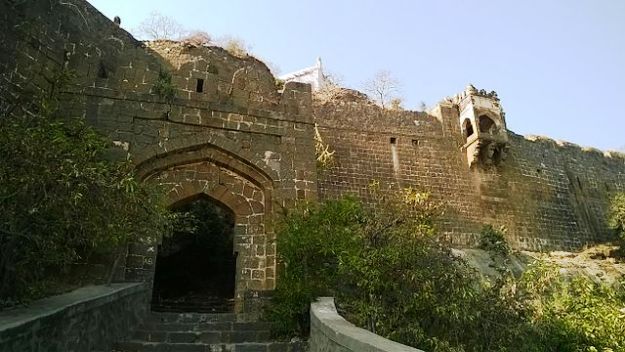 Situated along the Burhanpur-Surat trade route, Galna fort was a major fort centuries ago. Its bastion and entrance remain well-preserved despite the ravages of time, although its history and time of establishment remains unclear. You can find a slab with a Persian inscription that dates back to 1569 CE, and the lone bastion of this fort has Saracenic architecture, which is essential a mix of Indo-Islamic and British architecture. It is said to have been held for a while by a Maratha chief until being captured and brought under the Nizam Shahi dynasty and Ahmadnagar Sultanate. When the dynasty’s founder, Malik Ahmad Nizam Shah, died in 1510, the Maratha chief who controlled the fort defected and was not defeated until 1530, when he once again became a tributary. The fort has a second slab that dates back to 1580, with four lines in Persian written below it that credits the bastion’s construction to Muhammad Ali Khan. You can trek up to the fort from Galna village, which is collected by road and is around 22 km away from Malegaon and 15 km from Dhule. Also Read - BWF Freezes Rankings Amid Coronavirus Outbreak, Standings Backdated to March 17 to be Basis For Entry in Future Events 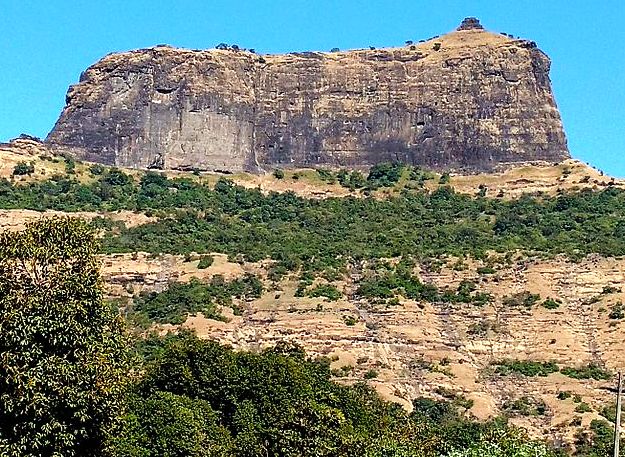 Like Bhaskargad fort, Harihar  fort was also built to defend the Gonda pass and lies on the same Trimbak range. However, most of the fort has crumbled into the dust. What remains is a small entrance, a storage house, and some rock-cut water cisterns, all of which you can explore thoroughly within an hour. Still, Harihar or Harshgad fort remains a beautiful short trek for a day, lying just 60 km away from Kasara. The fort looks rectangular when you see it from either of the two base villages, but it is actually triangular. The rock-cut stairs remain intact even after centuries, taking you to what remains of the fort. You can find a small temple at the plateau, along with caves and sharp vertical drops, one of which cases the base village of Nirgudpada. Building during the Yadava era, it eventually came under the control of Maratha general Shahaji Raje Bhonsle before he surrended it to Khan Zamam in 1636. Eventually, the British took over the fort just like Bhaskargad. ALSO READ: Best beaches in Maharashtra that are ideal for weekend getaways 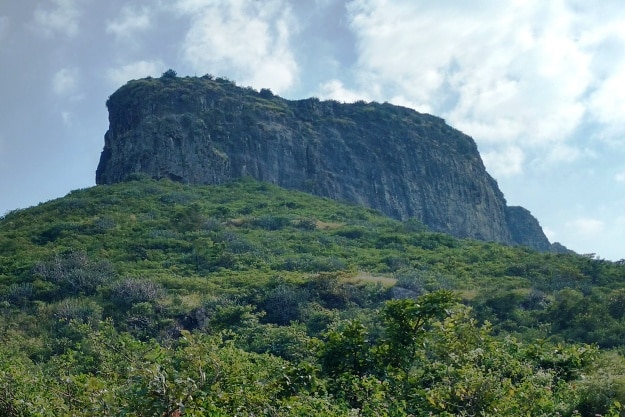 Surrounded by three other forts or what remains of them, Indrai fort lies on the Satmal hill range, with the other three forts lying along the same line: Chandwad, Rajdher and Koldher. It was abandoned by its garrison and surrendered to British captain Mackintosh in 1818 after one of its neighbouring forts, Rajdher, was burned down. The fort is rather large, with caves, old fortifications, ruins and rock-cut water tanks that you can explore. It is relatively untouched by trekkers, with the local shepherds being its most frequent visitors. The fort lies at a height of 4,526 feet above sea levels, and makes for an interesting and easy trek for a short day, despite a difficult approach road. It lies around 6 km away from Chandor and 74 km from the main city of Nashik. 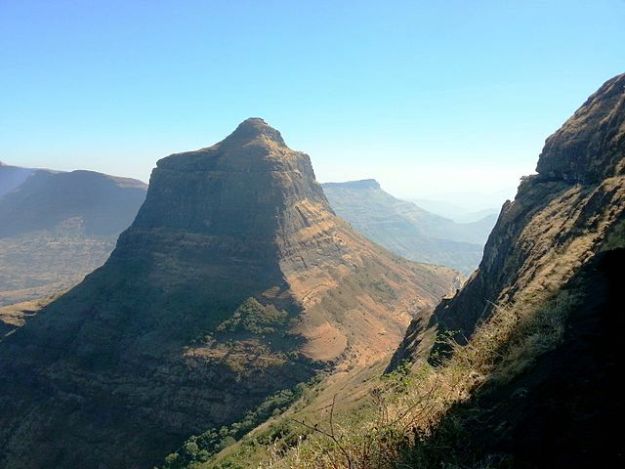 Another lesser-known yet scenic fort near Nashik, Salota is one of five forts that fall along the Dolbari or Selbari range running north-south of the Sahyadri hills and mountains.  The forts border the dense forests of Dang that lies in Gujarat and the Baglan region in Nashik, with Salota itself lying square in Baglan territory. Salota lies closest to Salher fort, which is actually the highest fort in the Sahyadri mountains. Situated at an altittude of 1,567 metres, Salher is actully the second-highest peak in Maharashtra and 27th highest in the entire Western Ghats. Salota is no short of a wonder, with all its three entrances in good condition. While relatively little of the fort’s innards remain, you can find yourself a beautiful view of Salher once you climb to the top. Waghambe village is the base from which you start a 1.5-hour trek up the hills of the fort. You can visit the Salher fort within the same day as Salota, making the twin fort trek a great weekend getaway from the nearby cities. 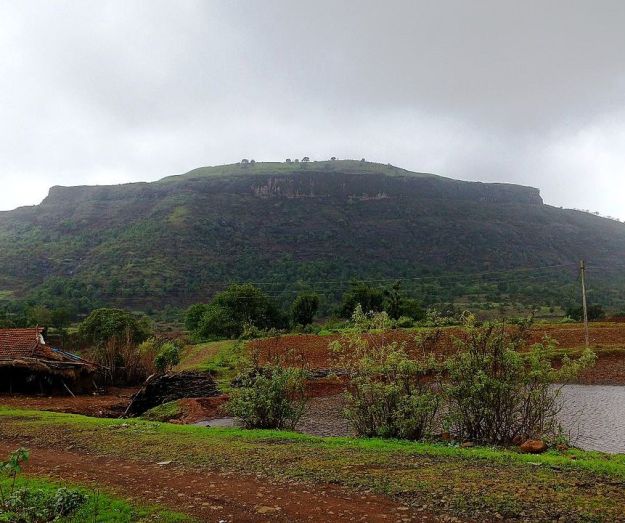 Lying in the Igatpuri region of Nashik, Tringalwadi fort is a sprawling fort that once guarded the trade route along the Thal ghat. It is also one of the biggest tourist attractions in Igatpuri, with caves that suggest that it was built back in the 10th century. This makes it one of the oldest forts in Maharashtra, leave along this list. While it is not clear whether Tringalwadi came under the rule of the Marathas, we do know that the Mughal empire captured it in 1688 CE. The fort was eventually surrendered, along with 16 others and many in this list, by the Peshwas to the British in 1818. Best visited during the monsoons, Tringalwadi fort makes for a great trek even in other seasons. It lies less than 10 km away from Igatpuri and 50 km from Nashik city, and it lies just a short trek away from the base village of the same name. 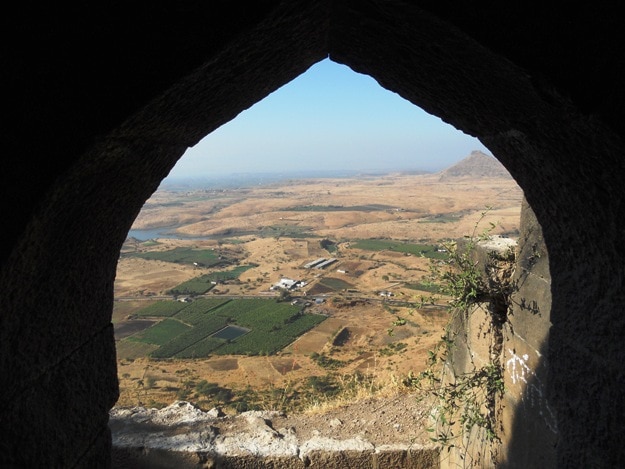 One of the most historically significant forts in this list, Ramshej lies north of the city of Nashik. It was the place where the Maratha kingdom waged a war against the Mughal empire for six and a half years. It is said that Aurangzeb, the last of the great Mughal emperors, and his commanders threatened to capture the fort from the Marathas within a matter of hours. Chhatrapati Sambhaji Maharaj, the son of the Maratha kingdom’s founder Chhatrapati Shivaji, held onto the fort for years in a battle documented by Mughal letters. The fort derives its name from the place where it was built, Ramshej, which literally translates to the bedstead of Ram. It is said that the Hindu god Ram resided here for a while. Ramshej is an hour-long walk away from Aashewadi village, which is well-connected to Nashik by bus. 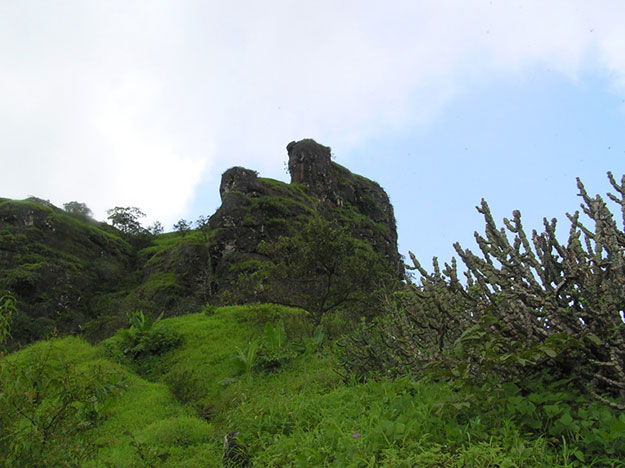 Mahuli is the tallest peak in Thane at an altitude of 2,815 feet, and lies within the majestic Sahyadris. It is a popular trekking spot because of its unique rock formations, which make rock climbing especially enjoyable. The fort was a focus for several kingdoms in the region, including the Mughals, Marathas, Nizamshahi dynasty and the British. From the top of this fort, you can see the hills of Sahyadris and its highest and most prominent peaks. Mahuli is separated into three parts: Palasgad, Mahuli and Bhandargad. It was held by the Mughals until 1658, when it was captured by the Maratha kingdom. It soon returned to the hands of the Mughals in 1661 before being re-captured by Shivaji. Four years later, it was surrendered in the treaty of Purandar. Shivaji attempted to captured the fort again in 1670 but failed. Eventually, however, it would come under the hands of the first Peshwa, Moropant Trimbak Pingle. 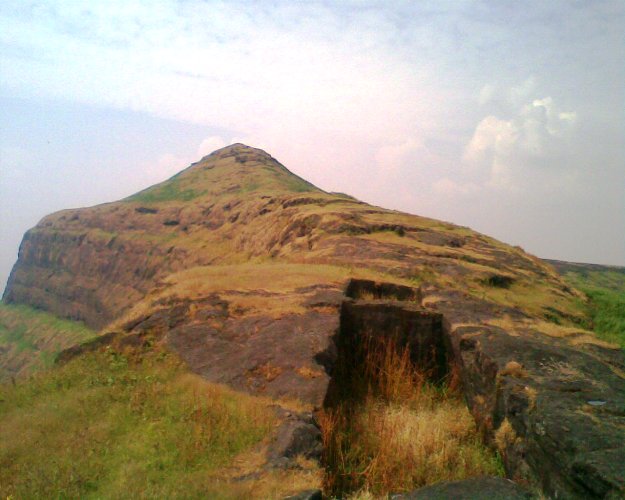 Patta fort lies between Ahmadnagar and Nashik, built under the reign of the Bahamani empire. When the empire fell, the fort came under the Nizam Shahi dynasty in 1490 until it was captured by the Mughals in 1627. The Peshwas captured the fort for one short year in 1671 before losing it again to the Mughals. The fort was considered vital to the Marathas because of its position along the border of the kingdom. It is said that the fort and the palace within its walls once hosted Chhatrapati Shivaji himself, who arrived in 1679 but was trapped by the Mughal army. The fort remained under the Mughal army for years until being captured by the Peshwas before their quick surrender to the British in 1818. You can trek to the fort from Patta Wadi village or from Ninavi village. Patta lies close to other forts like Trimbakgad, Kulang, Madan and Alang, as well as the highest peak in Maharasthra, Kalsubai. 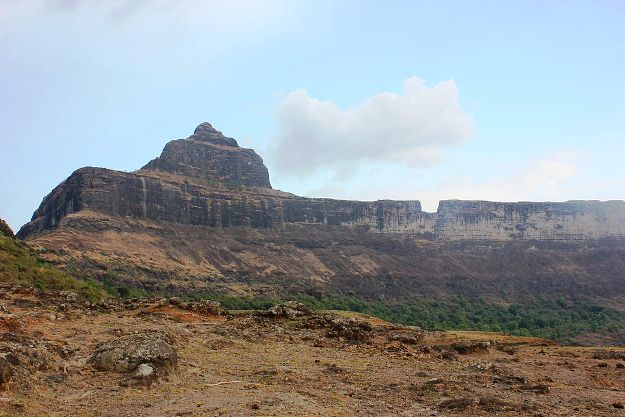 Dhodap fort is ranked just behind Salher in terms of altitude. it is the second-highest fort in the Sahyadris, and the hill on which it stands is the third highest peak in Maharashtra. It ranks 29th among the highest peaks of Western Ghats, and these reasons alone make it one of the best treks in this list. Dhodap fort lies 4,829 feet above sea level, and one of the most notable features of this place is Shembi, a pointed cliff that lies on one end of the fort. You can find caves right at the base of the hill, along with the challenging Ikhara cliff on its eastern face that is perfect for rock climbers. Dhodap is said to house a moving stone cow, with the locals suggesting that the cow movies a distance of four grains on the festival of Vasubaras, which falls before Diwali. 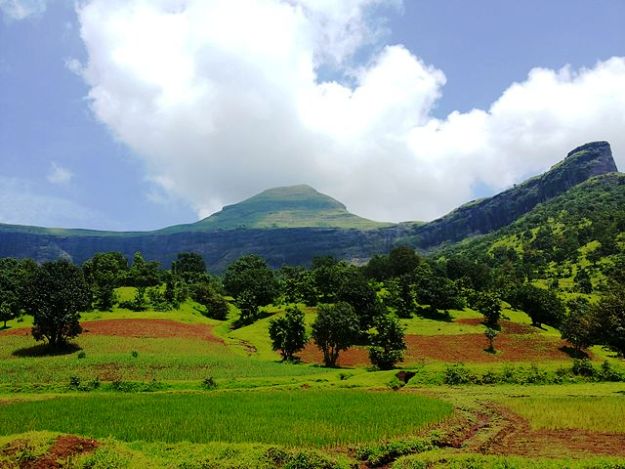 Lying on a hill of the same name along the Western Ghats, Brahmagiri fort is close to the pilgrimage site of Trimbakeshwar and Trimbak, the origin of the Godavari river. It is situated on the imposing Kalsubai range, which also has other great forts to explore like Anjaneri, Kavnai and Tringalwadi. You can explore the region from Ghoti village or Igatpuri. Brahmagiri fort’s main entrance remains in excellent condition, and is a majestic sight that welcomes you when you climb the hill. You also find other ruins and water bodies along the site of the fort. From the top, you can view the Trimbak range along with the rest of the Kalsubai range and Tringalwadi  fort. ALSO READ: 13 majestic forts of Chhatrapati Shivaji Maharaj in Maharashtra