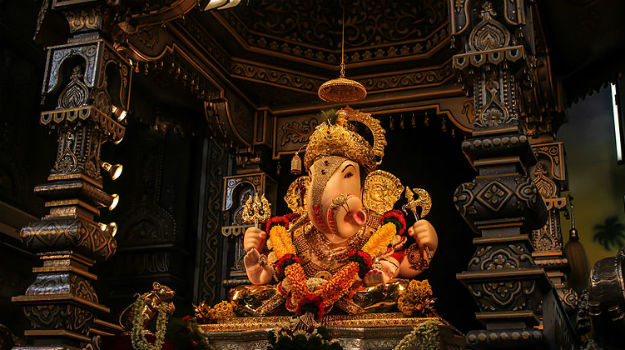 Ganesh Chaturthi 2017 is upon us. The whole country is in a happy and joyous mood as people indulge in the convivial Ganesha festivities. Ganesh Chaturthi celebration in Maharashtra is particularly famous all over India and the world. Mumbai is home to several amazing Ganesha pandals which attract a number of visitors and devotees who seeks Lord Ganesha’s blessings. Pune too has its set of lavish Ganesha pandals which are surrounded by devotees during Ganesha Chaturthi. For the uninitiated, Ganesh Chaturthi is a 10-day festival (11 days this year) that reveres the Hindu God Ganesha, one of the most popular deities in the country. People celebrate this festival by either bringing home Ganesha idols and hosting guests who visit to seek blessings of the Ganesha, or by visiting famous Ganesha temples to ask for the lord’s blessings. One such popular Ganesha temple which is revered by devotees is the Dagdusheth Halwai Ganesha mandir in Pune. It is one of Pune’s most famous attractions and a must-visit for every Hindu devotee. On the occasion of Ganesh Chaturthi 2017, here are 5 interesting facts about the Dagdusheth Halwai Ganesh temple in Pune. Also Read - 'We Are Scared': Huge Crowd at Pune's APMC Market Despite Massive Spike in Covid-19 Cases

The temple is named after a famous trader and sweet maker called Dagdusheth Gadve who had moved to Pune from Karnataka who built the temple in Pune for peace after losing his son to the plague. Dagdusheth Halwai’s sweet shop, which made him an extremely popular sweet maker in Pune, is still operational under the name of Kaka Halwai in Pune. ALSO SEE Images of Ganpati Utsav celebration across India to Get The Festival Started Also Read - Pune Cab Driver 'Gave Sedatives And Raped' Woman on Her Way Home; Booked

The Dagdusheth Halwai temple was built in 1893 and has been popular since. The temple’s simple yet alluring construction has been admired by many. It is built in a way that all the proceedings inside the temple can be seen from outside too. 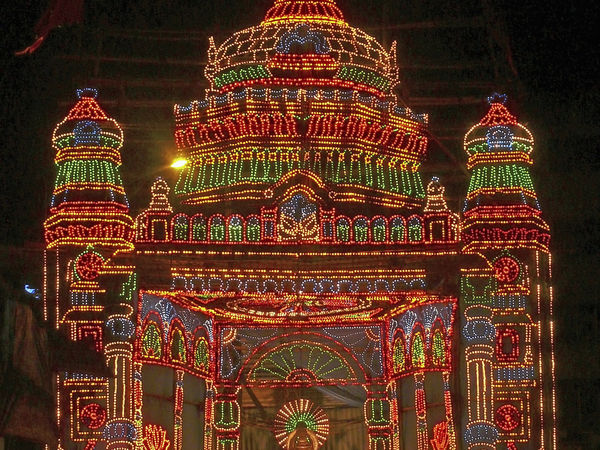 The Dagdusheth Halwai temple trust is one of the richest trusts in Maharashtra and uses the donations for several kinds of charitable work. This includes an old age home which also has housing and educational facilities for underprivileged kids.

So, this Ganesh Chaturthi, take a trip to Pune and visit the esteemed Dagdusheth Halwai Ganesha temple to get a taste of the traditions and culture of this part of India.