Ganesh Chaturthi kicks off on August 25, 2017, starting the biggest festival of the year in Mumbai. You cannot miss the spectacle of Mumbai's Pandals during the Ganesh festival, and here are the best ones in the city.

Mumbai is a magical place to be during the ten-day Ganesh Chaturthi 2017 festival. Pandals or platforms are set up everywhere across the city, showcasing idols of the revered elephant god Ganesh in all kinds of creative forms and setups. For ten days, you can visit these temporary Pandals and admire the art on display, and take part in the crazy festivities that happen when the idols are out in processions. But with so many Pandals to visit, you may not be able to see all the idols. Here, then, are some of the biggest Ganesh Pandals in Mumbai that you should definitely check out during Ganesh Chaturthi 2017 celebrations in Maharashtra. Also Read - 'Touching Gesture'! Narayana Murthy Touches The Feet of Ratan Tata And Twitter Can't Stop Hailing The 'Historic Moment' 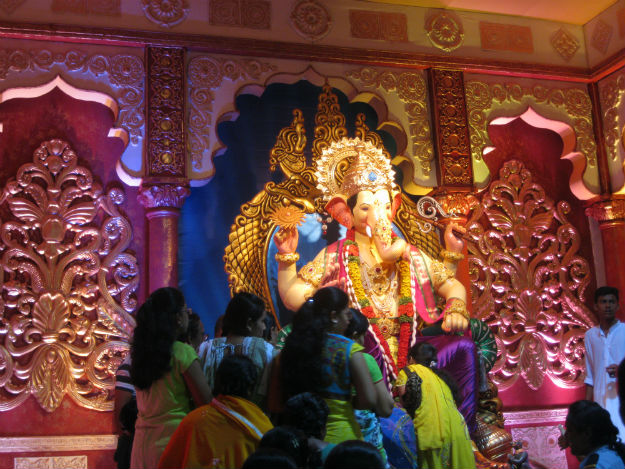 We start the list with what is probably the most famous of Mumbai’s massive Ganesh Pandals: Lalbaugcha Raja. Its name literally translates to King of Lalbaug, a South Mumbai suburb where the Pandal stands every year. Lalbaugcha Raja has been a fixture in Mumbai’s Ganesh Chaturthi festivities for 84 years, and this year you will see a golden-colored decorative Raj Mahal within which the idol will sit. The idol itself will be the same as previous years, and around 1.5 million people are expected to visit this year. Lalbaugcha Raja is closest to Currey Road or Chinchpokli station on the Central suburban train line. Also Read - JNU Violence Highlights: Student Protests Emerge Across Delhi, Mumbai, Kolkata; Film Fraternity Joins in 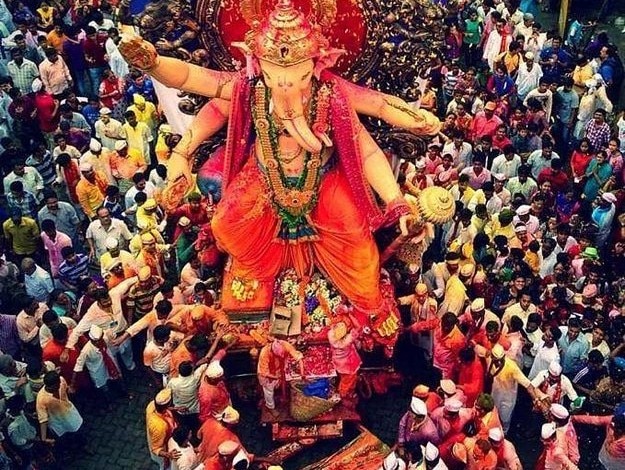 Located very near to Lalbaugcha Raja, the Mumbaicha Raja Pandal in Ganesh Galli was once the most famous in Mumbai. It is older than Lalbaugcha Raja, celebrating its 90th year in 2017, and still draws plenty of devotees. For 2017, the idol will have the same 1985 Sheshnaag Murti that was sculpted by the legendary Dinanath Veling, and the Pandal itself will be designed in the theme of the famous Sripuram Temple in Velore, Tamil Nadu. The temple is said to be covered in 1,500 kilos of gold. You can visit this Pandal together with Lalbaugcha Raja. Also Read - PMC Scam: With Rs 90 Lakh Stuck in Beleaguered Bank, ex-Jet Airways Staffer Dies of Cardiac Arrest After Attending Protest

Another famous Pandal in a famous suburb, Andhericha Raja is located in, you guessed it, Andheri. The idol this year is supposed to be a whopping 8.5 feet tall, and the Pandal will be designed around the theme of the famous towering Bhuleshwar temple of Shiva, some 45 km from Pune. Andhericha Raja attracts plenty of people every year, including the who’s who of the Indian film industry. If you want a glimpse of a spectacular Ganesh idol and also go star-spotting, Andhericha Raja is a good option. The place is accessible from Andheri railway station. 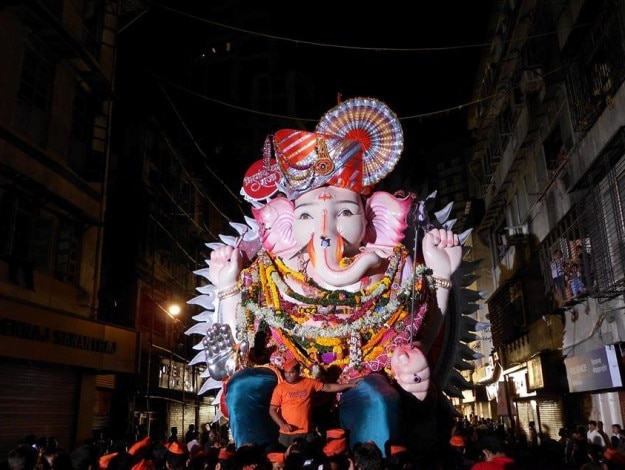 Girgaoncha Raja’s claim to fame lies in the fact that it is an environment-friendly idol of the elephant god. Ganesh Chaturthi festivities have faced criticism in the past for its use of idols that pollute the ocean and other water bodies, and Girgaoncha Raja was one of the first prominent Pandals to adopt a more eco-friendly approach. This the 70th year for the famous King of Girgaon, who will be seen wearing a massive Rajwadi Pheta, a traditional Maharashtrian headdress. Girgaoncha Raja can be reached from Charni Road railway station on the Western Line. Mumbai’s famous Ganesh temples are also popular spots for Ganesh Chaturthi festivities in the city.

Narel Parkcha Raja, also famously called Parelcha Raja, is special among other Pandals in Mumbai because the idol you see here is in a standing position. With a height of 31 feet, Ganesh stands in the majestic pose of a king, and this year the posterior portion of the idol, called the Prabhavan, will also be intricately decorated. Given its massive height, the idol will also have remote controls so that it can be moved up or down during the procession to avoid obstacles like trees and bridges. The Pandal can be reached from Parel station on the Central Line or Elphinstone Road station on the Western Line.