Ganesh Chaturthi 2017 Celebration in Delhi: Here’s What to See in the Capital City this Ganpati Utsav 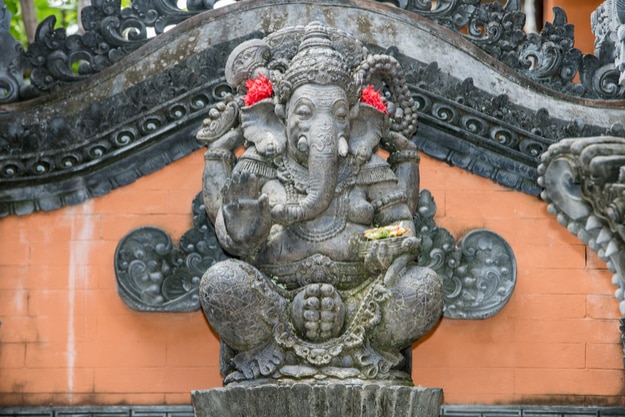 A Ganesha sculpture in a temple

Delhi, in many ways, is the original Indian cosmopolitan city. The capital city has no presiding deity, but it has amalgamated plenty of cultures, traditions and festivals over the years. In this city, the typically Maharashtrian festival of Ganesh Chaturthi 2017 is being celebrated with as much pomp as the Durga Puja. With a huge Maharashtrian community residing here, Delhi sees a surprising large-scale Ganesh Chaturthi every year, in honor of the beloved elephant-headed god who loves sweets. It is still not as big as Mumbai or Pune, but it is sizeable nonetheless, and people from all communities – not just Marathas – come together for the festivities. ALSO READ: Ganesh Chaturthi 2017 in Maharashtra: Heres How Maharashtra Will Celebrate Ganpati Utsav 2017 Also Read - Delhi Violence: SC Lawyer Files FIR For Immediate Arrest of Tahir Hussain; Death Toll Touches 42 | Highlights

Predictably, though, areas with the highest Maratha populations see the biggest celebrations. Laxmi Nagar and Uttam Nagar are where you can find most of the celebrations centered. Ganesh Chaturthi started on August 25 this year, and will end on Anant Chaturdashi, which falls on September 5, 2017. Pandals or temporary platforms are installed as a home for Ganesh idols before they are immersed on the final day. For the best experience of Ganesh Chaturthi, visit these Pandals or Delhi’s most famous Ganesh temples, like the Vinayak temple in Sarojini Nagar. Check out what’s happening this year in different parts of Delhi-NCR. Also Read - India Committed to Strategic Partnership With US, President Kovind to Donald Trump | Highlights 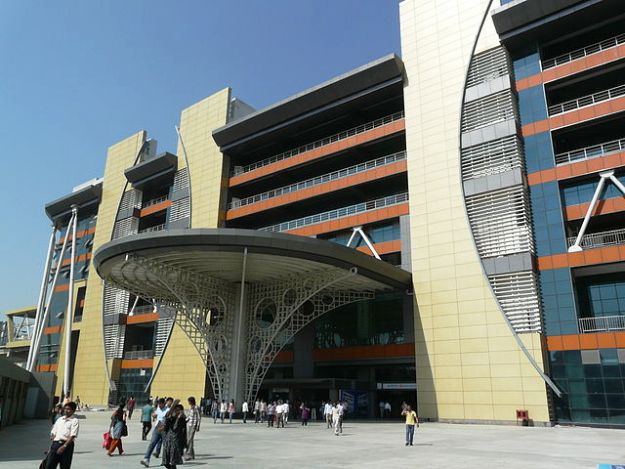 At the HUDA Community Centre in Sector 27, Gurgaon, a four-feet tall clay idol of the god will be placed in a Pandal from August 25 to September 3. The eco-friendly idol has been installed by the Sarvajanik Ganeshotsav Samiti. Pandals and idols are typically designed around a theme each year. For this idol, the theme of the year is Clean India, Green India. Apart from the environment-friendly idol, the Pandal features paper decorations and plastic usage around it is discouraged. There will be a music night, a Kavi Sammelan and two plays: the Marathi-language U-Turn 2 and the Hindi-Marathi Guldasta. Also Read - Delhi Assembly Election Updates: 57.06% Voter Turnout Recorded; Polling Concludes

The Netaji Subhash Place ground in Pitampura is home to Delhi’s own replica of the famous Lalbaugcha Raja of Mumbai. The idol has been set up by the Lalbaug Ka Raja Trust, which says that it was created by the same Kambli family responsible for the original version in South Mumbai. The idol is supposedly 15 stories tall, and offers a great opportunity to witness the Lalbaugcha Raja without traveling to Mumbai. We bet the lines would be shorter too. The Pandal is intricately decorated for the occasion, and Indian film celebrities are expected to perform too.

Organized by the Shri Ganesh Sewa Mandal, the 16th Ganesh Mahotsav will take place at the DDA Mini Stadium in Laxmi Nagar. The organization will be doing something different this time by not actually immersing the idol in the Yamuna River. Instead, it will be setting up four water tubs for immersing the idol and encouraging other nearby Ganesh Pandals to do the same. The environment-friendly initiative is a welcome move, given the dismal condition of the river after decades of abuse. CHECK OUT: Ganesh Chaturthi 2017: Images of Ganpati Utsav celebration across India to Get The Festival Started

Maharashtra may take the spotlight in Ganesh Chaturthi celebrations, but Gurgaon’s Odiya community has been celebrating the festival for eight years now. This year was no different, with an Odiya-style Pandal set up in the Community hall of Kendriya Vihar in Sector 56, Gurgaon. Traditional Aartis were be held at 12:30 pm and 6:30 pm, and cultural performances and dances will also be held. The Pandal, idol, food offerings and prayers are all reflective of the unique culture of Odisha.

For a South Indian Ganesh Chaturthi experience, the Sree Vinayaka Mandir Commitee in Sarojini Nagar celebrated the festival in its own grand way. There were massive prayer events held in the morning and evening of August 25, along with a procession . The Sree Vinayaka Mandir also had a Veda Pranayam to celebrate the god’s association with knowledge and the ancient Vedas. NOW READ: Ganesh Chaturthi 2017 Celebration in Hyderabad: Heres How the City of Nawabs Celebrates Ganesh Utsav 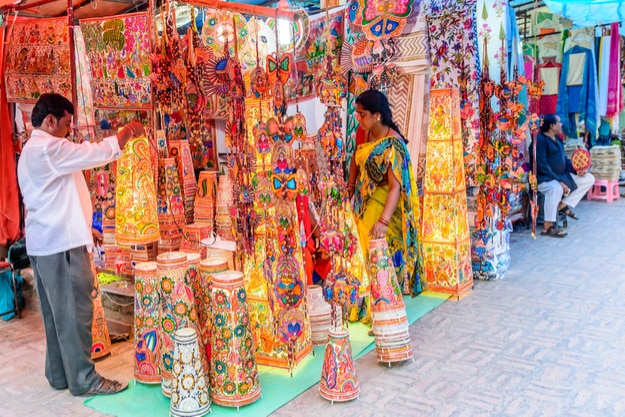 From August 25 to September 4, Dilli Haat INA will be host to a massive Ganesh Utsav celebration organized by Delhi Tourism and the Sarvajanik Utsav Samiti. A temporary temple has been set up in the venue, and plenty of cultural shows and events will happen every evening. Food stalls have been set up for a gastronomic treat, which should please the elephant god very much. Prayers are held every morning and evening.